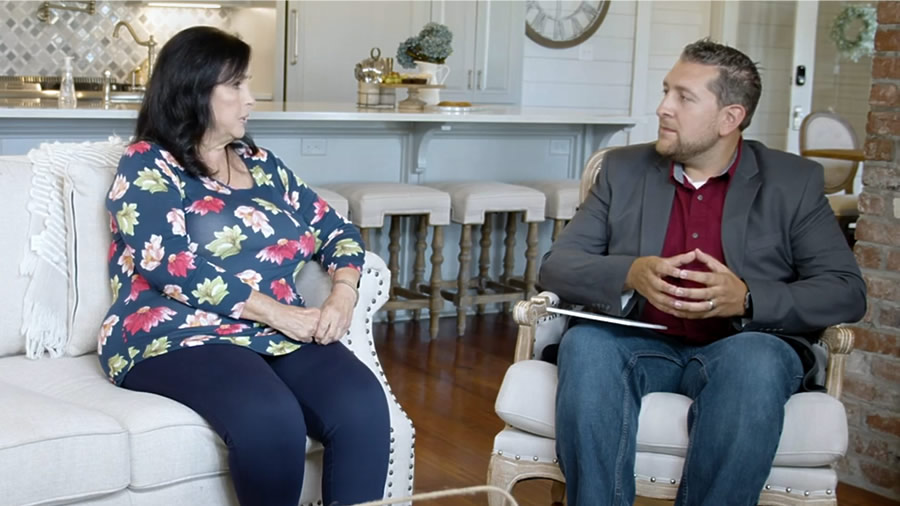 By Billy Hallowell Published on December 4, 2019 •

Miss Kay and Phil Robertson are two of the most beloved members of the Robertson family, with the two notably sparking laughs and comical moments throughout 11 seasons of Duck Dynasty.

The Robertsons quickly became a household name when their A&E show turned mega-popular after its 2012 launch, with the family’s authentic faith instantaneously attracting a devoted fanbase. The show was lighthearted and fun and shed light on the importance of faith and family. But the Robertsons’ early years were anything but picturesque.

Miss Kay and Phil have both openly revealed the struggles they faced early on in their marriage, with Phil’s alcohol use and infidelity inflicting intense pain on the family.

And in the finale of PureFlix.com’s Restored With Missy Robertson, Miss Kay dove deep into these difficulties, sharing raw and emotional details surrounding Phil’s conversion to Christianity. It was a move that changed absolutely everything for him and the family.

“My husband Phil … his first time he said he came to the Lord, I think he really didn’t,” she said. “He was very young and he just didn’t understand it.”

She said things really started to go off the rails in Phil’s life when he went to college. Then, when she got pregnant, he wouldn’t go to church with her — and things started getting more complicated. “That was the beginning of the downfall of Phil,” Miss Kay explained. “When the devil moved in and he started changing.”

She said she never saw the problems coming, but that, once the situation turned downhill, it just kept worsening. Eventually, Miss Kay realized that infidelity had also come into play. “I had to know that he was unfaithful, because I wasn’t that stupid,” she said, noting that she had justification for leaving the marriage, but that she wanted to stay and fight. “I had an out. I didn’t want an out.”

Over time, though, Phil’s alcohol use took a toll on the young family, which included sons Jase, Willie and Jep. Miss Kay shared one shocking story about a Thanksgiving celebration when Phil got angry and it turned physical. “He threw the whole dinner on the floor … because I was fussing at him about drinking and not coming home for dinner,” she said. “He just left drunk.”

Their kids were young at the time, with the oldest, Alan, stepping up to try and help his mother cope with all that was unfolding. In that instance, he shielded his younger brothers from seeing the chaos.

Miss Kay eventually became a Christian, but the situation still didn’t improve. In fact, it worsened further, with Phil disliking her recent embrace of faith. “He said, ‘I can’t stand it. Now you’re a holy roller?'” she recalled, noting that he added, “You’re ruining my life.”

Miss Kay found an apartment with the kids and the couple lived separately for three months — until something truly unexpected happened.

The Turnaround — Through Christ

Phil showed up at Miss Kay’s workplace one day, and he was desperate, proclaiming that he missed his family and wanted to make a change in his life. “I can’t do this anymore. I can’t live without my family,” he told her. “I miss you all. I’m going to quit drinking.”

Miss Kay was skeptical, as Phil had made this pledge before, but to no avail. This time seemed different, though. Phil was taking steps to meet with a pastor. He began hearing what it means to trust in God. One night, Phil finally made the decision to change his life — one that unfolded right in front of Miss Kay and their boys.

“When [the boys and I] walked in the back of the church, [Phil] was up front and my boys were just standing there,” Miss Kay said, explaining what unfolded the night Phil became a Christian. “As we walked in, he said, ‘I want Jesus to be the Lord of my life. I want to repent of all the bad stuff,’ and he said, ‘And I want you to baptize me.'”

It was a transformational moment not only for Phil and Miss Kay, but for their children. And it set the family on course to become the famed Robertsons America knows and loves today. “I looked at all the boys with just little tears … Jason’s comment was, ‘Mama, is the devil out of daddy now?'” Miss Kay said. “I said, ‘Yup, Jesus Christ is in your dad. And so that is the story of us.'”

And what a powerful story, indeed.

Watch the entire Restored With Missy Robertson series right now on PureFlix.com to see what the Robertsons are up to after Duck Dynasty and explore some truly powerful stories centered on faith and radical recovery.

Actress Candace Cameron Bure Reveals How She Found God: ‘My Faith is My Life’