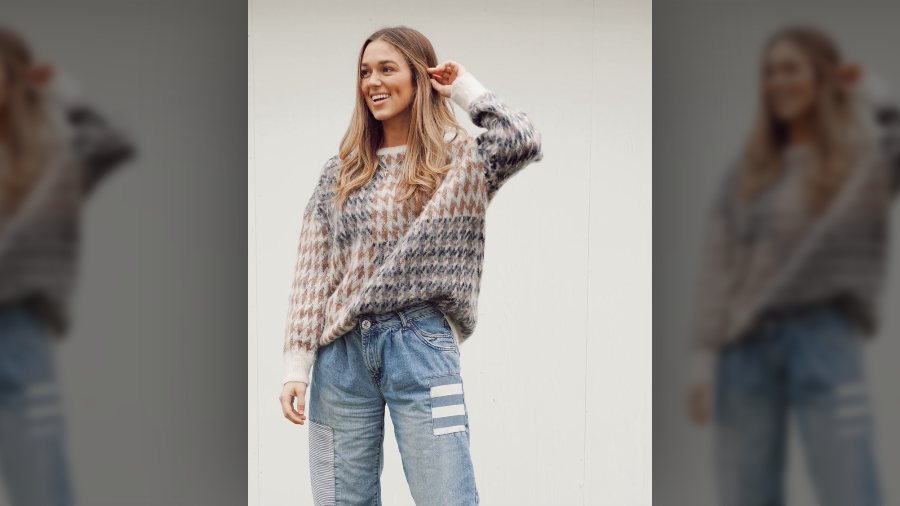 While America tells young women they need to blend in with the secularized culture, reality TV star and author Sadie Robertson Huff teaches them how to remain tethered to their purpose and stay confident in their beliefs when the culture says otherwise. And her example of living for God through her own fame gives her remarkable credibility with her audience.

Ringing in the new year, Huff spoke this month to a huge crowd of college-aged people in Atlanta at the Passion 2023 conference. She encouraged the audience to keep God as the spotlight of their lives rather than themselves. She talked about the importance of a relationship with Jesus, and she encouraged them to “shine their light,” saying, “You are designed in such a way that you are called to be the light of the world.”

She then challenged the group to live for Jesus, no matter what else is going on around them. “Everywhere we go is a moment to share the good news [of the Gospel],” Huff said.

Young people need to be fed more of these messages of truth rather than what the culture is pushing on them, and it is crucial that they have examples like Huff to look up to and to learn from.

From her stardom on the A&E reality TV show Duck Dynasty to being featured on ABC’s Dancing With The Stars 19, Huff has remained grounded in her faith. She has explained that no matter what, she and her family “are going to do what God says to do.” Even before her fame, she was dependent on her faith to live a purposeful life for God.

When the culture says to be confident in yourself alone, pursue your own truth, and live in the moment, she encourages individuals to find their confidence in God instead of in momentary satisfaction like social media attention and sex outside of marriage.

Huff has one child and one on the way as a happily married 25-year-old. She made her view on sex clear in one of her recent “WHOA That’s Good” podcast episodes where she said,

I would just encourage you: Anytime you open that [gift of sex] before it’s meant to be open, there tends to be shame, guilt, insecurity, self-doubt, all this stuff. But within marriage, we found that to be a beautiful gift. And so, it’s definitely, definitely worth the wait. And you’ll see why it’s intended for marriage. It’s intended for two becoming one.

Her podcast has received the K-Love Fan Award of 2022 for Best Podcast. The show welcomes the listeners into meaningful conversations with authors, athletes, musicians, and stars of film and television in search of the answer to just one question: “What is the best advice you have ever been given?”

She is the author of The New York Times bestseller Live Original: How the Duck Commander Teen Keeps It Real and Stays True to Her Values. The book kicked off her becoming the founder and CEO of her company, Live Original. Her “Live Original” message embraces the theme of being who God has made you to be, not who the culture says you should be. 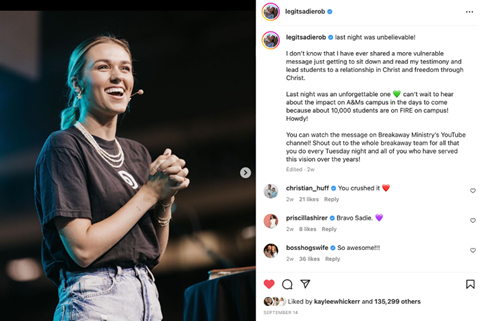 Beyond her own positive social media content, Huff has recently written a book about the impact that social media has on users based on who they follow, called “Who Are You Following?” She challenges readers to first evaluate who they’re letting influence them rather than initially blaming mental illness for depression and negative thoughts.

Her website says that the book is for young Christians wondering how they can live an “uncompromising life of faith in God by following the Messiah — the ultimate influencer.”

Keeping True to Her True Purpose

Huff’s faith, family, and wise counsel have kept her rooted in her true purpose. In a time when it is so rare to have someone stay true to their morals amid the many distractions and pressures of this secularized world, she is an example of someone who has remained grounded and successful because of her faith.

And her answer for how to do that is something that millions seem to be searching for.

Moriah Johnson is a coordinator for communications at The Heritage Foundation.

Jesus Christ as a Detective’s ‘Person of Interest’? Sure!

Spy Wednesday: Let Me Not Be the One to Betray