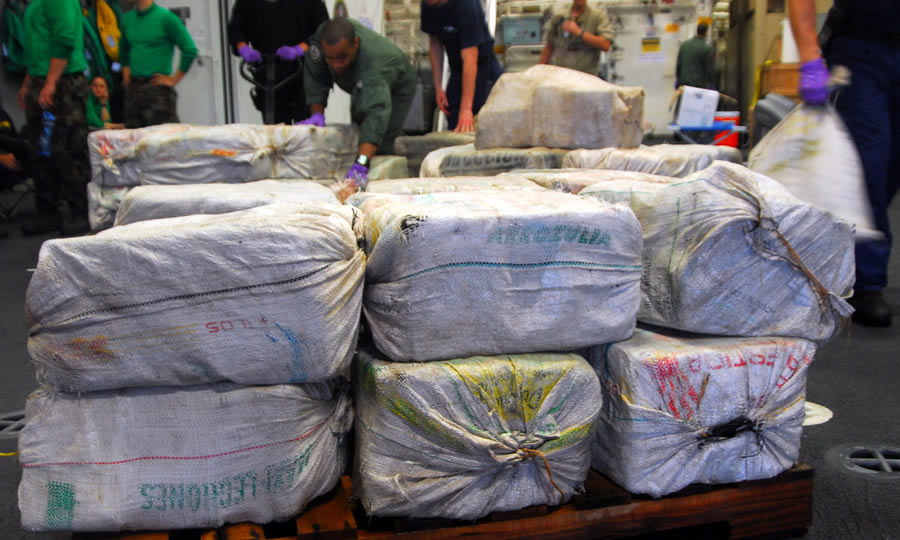 A Chicago-area drug trafficker was sentenced to 30 years in prison after he sent over $50 million to Mexican drug cartels, the U.S. Attorney’s office for the Northern District of Illinois announced Monday.

Luis Eduardo Gonzalez-Garcia, 55, worked alongside Mexican drug cartels to buy and transport thousands of kilograms of cocaine throughout the U.S. and launder the millions of dollars in proceeds to the transnational criminal organizations, according to the U.S. Attorney’s office. Gonzalez-Garcia used warehouses and front businesses in Chicago and its suburbs of Naperville, Arlington Heights, and Plainfield, Texas, and Georgia to conduct the lucrative operation.

The front businesses that claimed to sell furniture, snack food and laundry detergent were registered with local governments in the U.S., according to the U.S. Attorney’s office. Gonzalez-Garcia’s front companies concealed the cocaine in containers typically used for the aforementioned goods that were transported from Mexico in trucks.

“By successfully laundering tens of millions of drug proceeds back down to himself and his cartel partners in Mexico, defendant not only undoubtedly enriched himself but also enriched the Mexican drug cartels — some of the most dangerous criminal organizations in the world,” Assistant U.S. Attorney Sean J.B. Franzblau said in the government’s sentencing memorandum, according to the U.S. Attorney’s office. “Anyone who is considering partnering with the cartels to move their products from Mexico to the streets of this country must know that they will face the severest of consequences.”

Gonzalez-Garcia pleaded guilty earlier this year to federal drug conspiracy and money laundering charges, according to the U.S. Attorney’s office. He faces prison time and a fine of $1.5 million for his work with the drug cartels, who operated a distribution hub in the Chicago area.

“There are direct ties to the Mexico based cartels like the Sinaloa cartel and the new generation cartel in Mexico and their direct relationships and direct activity between the cartels and distribution in Chicago,” Special Agent in Charge of the Chicago Field Division Bob Bell previously said, according to ABC7.