‘A Dramatic Rebuke of The Communist Leadership’: Hundreds of Thousands in Hong Kong Stand Up to Communist Party Extradition Bill 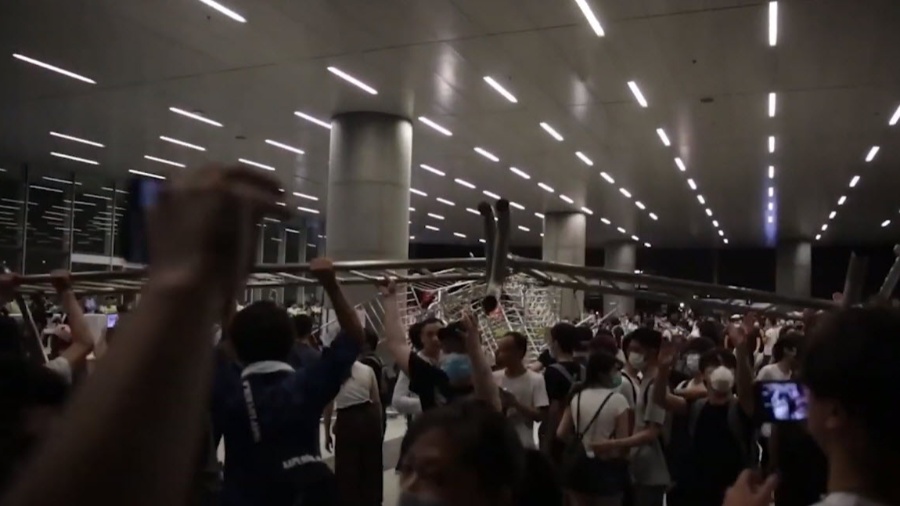 Hundreds of thousands of protesters gathered on the streets of Hong Kong Sunday in protest of a new law that will allow Hong Kong citizens to be extradited to mainland China.

The streets of central Hong Kong were densely packed with demonstrators rallying against the extradition bill that many fear will trample civil rights. The bill allows for Hong Kong citizens to be legally taken to mainland China for criminal trial in Communist Party controlled courts.

Critics of the bill are concerned that it will be used to crack down on dissident acts against the Communist Party, The New York Times reported.

The protest was mostly peaceful during the day and took a violent turn overnight, with at least seven protesters who were arrested, according to Hong Kong police. Police reportedly resorted to using pepper spray on some protesters, according to CNN.

Some protesters were reported to have thrown sticks and bottles at police, shouting, “Communist dogs!” the Times reported.

The chant is 反送中, the theme of the day, “Oppose sending to China” pic.twitter.com/hrvVZqwMVC

The event “represented a dramatic rebuke of the Communist leadership and a potential political crisis for Beijing,” the Times reported.

Chief Executive of Hong Kong Carrie Lam assured citizens in a defense of the bill that there would be safeguards in place to protect human rights.

“We will make sure that all these additional safeguards are legally binding,” she said in a press conference Monday.

Police estimated there were upwards of 240,000 people present at the protest during its peak, making it the largest demonstration since 2003, when 500,000 protesters demonstrated against a sedition law that was successfully prevented from coming into effect, according to CNN.

“I think this law will take away our freedoms if it is implemented,” 16-year-old protester Peter Lam said.

The government says that the bill was originally designed to do away with certain loopholes in the law by allowing Hong Kong to decide whether to send fugitives to Taiwan, Macau or mainland China where there are no formal extradition arrangements, according to CNN. The insurance of a fair trial will not be written into the bill, according to lawmakers.

Proposal of the bill was reportedly inspired by a specific criminal case in which a female Hong Kong tourist was allegedly killed by her boyfriend in Taiwan, but due to current laws, the suspect could not be sent to face trial in Taiwan, CNN reported.

Millions are Taking to the Streets in Hong Kong. Here’s What’s at Stake.