The Good Shepherd and His Wandering Sheep (That Would Be Us) 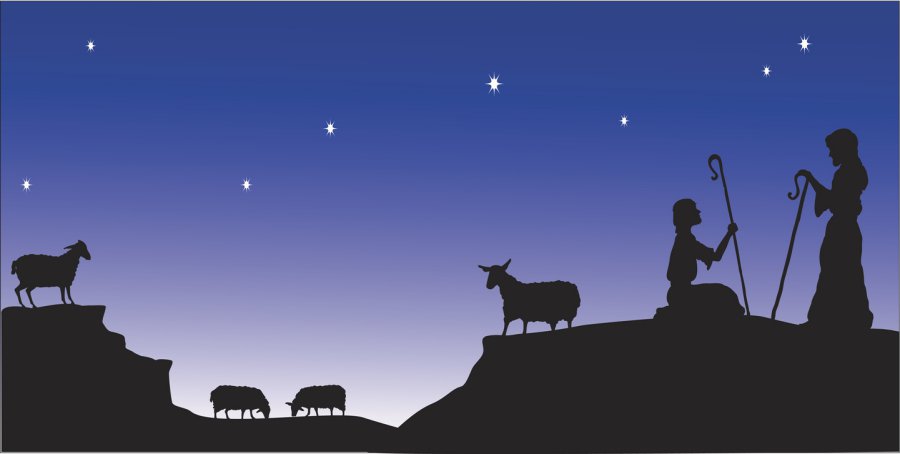 A carpenter and his betrothed, great with child even though a virgin. A stable filled with straw and animals. Quiet streets in a small Judean town. And shepherds beholding a vast choir of angels, singing in worship over hilly fields.

It’s the shepherds that always touch me the most.

The Shepherds Among the Sheep

Many years ago when in Israel, I awakened one morning to an unforgettable sight. In the large field outside my room, hundreds, perhaps thousands, of sheep were milling. Among them was a small group of shepherds.

Suddenly the shepherds began shouting, what, I’m not sure. But as each of them began walking in in a different direction, their sheep began to separate and follow them. It was like watching a gigantic puzzle disassemble.

It brought to life something Jesus said to His disciples: “My sheep hear My voice, and I know them, and they follow Me. I give them eternal life, and they will never perish, and no one will snatch them out of my hand” (John 10:27-28).

We live in a world with more voices than we can count. Many seek to lure followers of the Good Shepherd into other fields and woods — places where the wolves live.

Our Shepherd “leads us in the paths of righteousness for His Name’s sake.” As we follow Him, we enjoy green pastures and quiet streams. This doesn’t mean life is easy. Even those places aren’t always safe from the wolves. It means that whatever the pains we suffer and dangers we face, we are secure in the care of our Master. One who has promised us eternal life.

Yet even redeemed sheep can go astray. They can refuse to follow the shepherd. Temptations abound to wander along other paths than Jesus’s. What happens when we don’t follow the Shepherd? We hurt others as well as ourselves.

One of them is a desire to get along. Not to be seen as backward, bigoted, or fanatical. Too often, our witness is reduced to being nice and not swearing in the workplace. We want to be secret Christians.

That’s not just cowardly, it’s uncompassionate. The people around us will live one place or the other for eternity. Whether or not we tell them the Good News might well decide in which place they find themselves — forever.

A second path is chasing promises of comfort, ease, and pleasure. The Good Shepherd promised His followers they would experience tribulation (John 16:33). The whole New Testament is about striving to live for Him in the face of opposition from “the world, the flesh, and the devil” (I John 2:16).

Again, that’s not just selfish, it’s uncaring. If we seek these very temporal and self-oriented things at the expense of God’s priorities, we are making poor investments in time and eternity. Only God, His Word, and people last forever. Whether or not we prioritize them determines whether we’re walking on the shepherd’s path.

But what does the Shepherd tell us? “In this world, you will have tribulation.” But we can still “be of good cheer,” as He has “overcome the world.”

A third path is one of overt compromise. In our time, nowhere is this more common than in the area of human sexuality. Professing Christians who treat Scripture like Silly Putty and decide that same-sex “marriage” is acceptable to God are refusing to follow their shepherd.

This too shows a lack of love. There is no grace in compromising truth. There is no respect for others in affirming them in behaviors that only distance them further from their Creator. No one loves them as much as the Good Shepherd. No one else will lead them to still waters and restore their souls.

What We Can Become

We know what happens when we refuse to follow the Shepherd and follow our own paths. We get eaten by the wolves just waiting to devour us. Worse, far worse, when we lead people away from the Shepherd, we join the wolves.

The welcome news is that even if we wander into one of these ever-more treacherous paths, there is a Shepherd Who seeks and finds those of His own who leave His path. He “rejoices more over that one sheep than over the ninety-nine that did not go astray” (Matthew 18:13).

We’re all that “one sheep” at some point in our lives. And He is always going find those belonging to Him and carry us in His arms back to the fold.