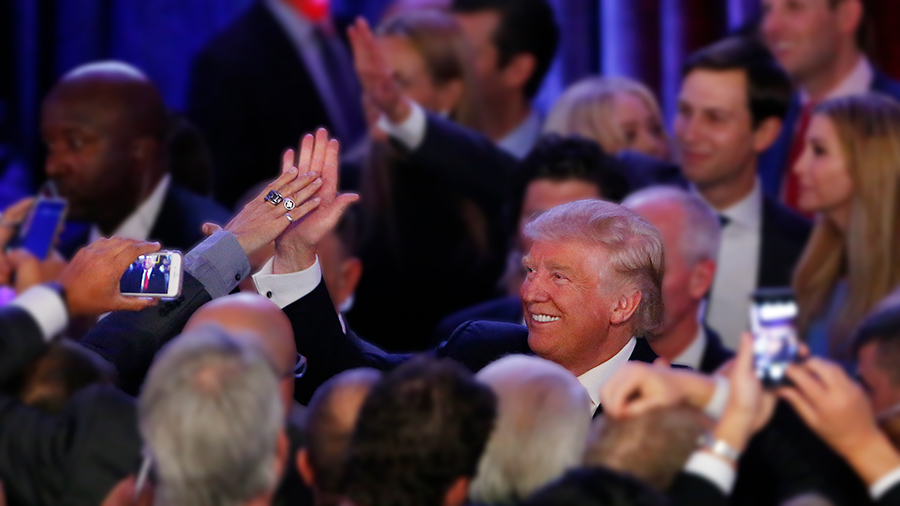 Donald Trump isn’t the first Republican president denounced as “illegitimate.” The Left spent eight years refusing to get over George W. Bush’s victory in 2000. It was the same issue. He won the election by the rules, but Al Gore had more “popular” votes.

That happened again on November 8. But nothing about the election was illegitimate. After all, the rules determine how you play the game. If what counted was the national vote total, both candidates would have run very different races. Who knows who would have accumulated more votes? Donald Trump didn’t worry about running up the score in states he was destined to win.

Of course, we all know what the Democrats would have done if the situation were reversed. Publicly revere the Founders. Compliment the Constitution’s framers for their wisdom. Thank the electors for saving America from disaster. And expect their winning candidate to show up on January 20 to take the oath of office as the next, and legitimate, president of the United States.

In fact, John Kerry sought just this outcome in 2004. Although he trailed President Bush in the national “popular” vote, Kerry held off conceding in hopes of finding some way to win Ohio, where he was narrowly behind. That would have given him victory.

Moreover, before November 8 there was a lot of speculation that Trump might win the “popular” vote but lose the Electoral College since Democrats supposedly had established a “lock” on the latter. Needless to say, candidate Hillary Clinton did not offer to adhere to the “popular” decision. She would have elbowed aside anyone and anything, including the “popular” majority, if necessary to sit in the Oval Office.

But there’s a larger issue. The founders created a system of indirect election for good reason. The president should be chosen because he or she is the best person to lead the country at a particular point in time. That almost always has little, if anything, to do with popularity, as commonly understood.

The founders created a system of indirect election for good reason. That reason almost always has little, if anything, to do with popularity.

Consider what we usually think “popular” means: someone seen as attractive, smart, charming, lucky, wealthy, famous, and the like. Celebrities are “popular” irrespective of, indeed, sometimes in inverse relation to, their personal virtues. Yet “popular” is a positive suggesting acceptance, favor, approval, even affection. It’s almost always superficial and there’s often a hint of jealously when one comments that someone else is “really popular.”

Our greatest presidents often weren’t “popular.” For instance, for much of his presidency Abraham Lincoln was immensely unpopular. Leaders of his own party plotted more than once to replace him. George Washington ignored “popular” sentiment to step aside, setting the two-term tradition which held until Franklin Delano Roosevelt. Ronald Reagan also found himself the target of “popular” slings and arrows for trying to cut wasteful spending, kill unnecessary programs, and reform welfare.

The sort of characteristics which concerned the Founders are what should motivate people to vote for a candidate. One should respect a candidate, and believe him or her likely to do the right thing. People should expect a candidate worthy of their vote to level with the public even when the truth hurts. Voters should trust the candidate’s judgment, and especially his or her willingness to put the interest of the public first.

This is a far weightier standard than being “popular.” And Hillary Clinton failed. As did her husband Bill.

Is Donald Trump the “legitimate” president? Absolutely. He wasn’t the “popular” choice, but then, people who challenge the Left’s politics of plunder and class warfare often aren’t.

Trump wasn’t the “popular” choice, but then, people who challenge the Left’s politics of plunder and class warfare often aren’t.

One hesitates to speak ill of the politically dead, but their betrayal of the public trust began early, back in Arkansas. The scandals continued in Washington. The Clinton Foundation offered the Clintons and their friends the good life in the name of charity. Finally, the Clintons surrounded themselves with a swarm of human locusts who would have stripped the people’s government of most everything of value.

Ken Blackwell was a Domestic Policy Advisor to the Trump Presidential Transition Team. He is a Senior Fellow at both the American Civil Rights Union and the Family Research Council.