DOJ Tramples on the Constitution 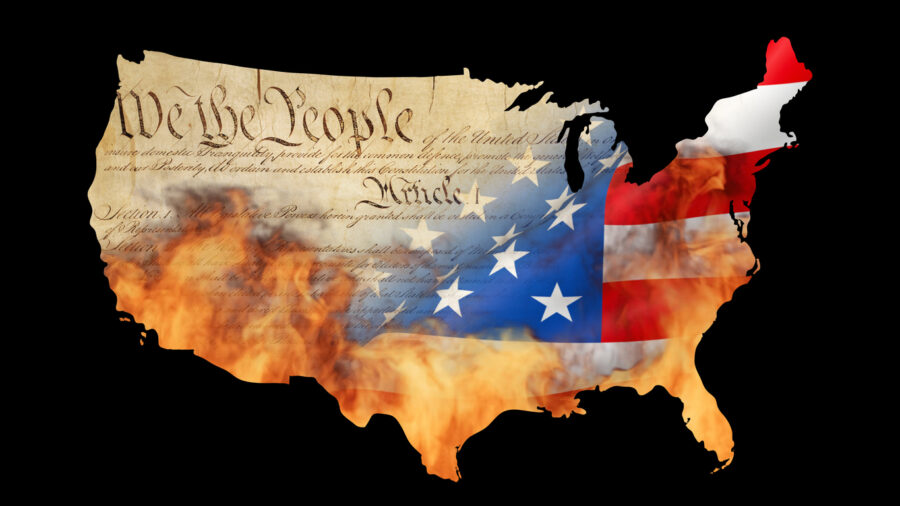 The United States under the Biden administration is using the force of government to harass the late Phyllis Schlafly’s group in Alabama.

In recent months, the Eagle Forum of Alabama has helped write legislation in that state to protect children with gender confusion from receiving “treatment” that could permanently damage them.

In his End of Day Report (9/9/22), Gary Bauer writes, “After Alabama banned transgender surgeries on children, the Biden Administration sued the state in federal court to block the law. But they’re not just arguing against the constitutionality of the law. They are also going after a conservative public policy group that lobbied on behalf of the law.” Of course, that group is the Eagle Forum of Alabama.

The official subpoena demands: “any draft legislation, proposed legislations, or model legislation.” This included all their communiques on the subject, e.g., “any social media postings.”

Eagle Forum of Alabama responded to this “unprecedented request”: “This should cause every single advocacy group or individual in America engaged in the legislative process to pause and consider the potential ramifications if any part of this subpoena is allowed to stand.” Becky Garritson, the executive director of the organization, explained more to me on a radio segment.

Kristen Ullman, president of Eagle Forum (nationally), comments on the wider issue here: “If the Department of Justice doesn’t like your viewpoint it may target you next.”

What is the government alleging was illegal? Certainly it’s not illegal for an organization to be involved with crafting legislation?

The Biden Administration’s action is particularly astounding because we do not yet fully grasp the long-term deleterious effects of the puberty blockers and body-part-removal surgeries to “cure” gender dysphoria.

In her eye-opening book, Irreversible Damage: The Transgender Craze Seducing Our Daughters (2020), Abigail Shrier chronicles the incredible harm being foisted on so many children in our society today, especially girls, because of this current fad of transgender mania.

Shrier, a writer for The Wall Street Journal, notes, “In 2016, natal females accounted for 46 percent of all sex reassignment surgeries in the United States. A year later it was 70 percent.”

She adds, “Some small proportion of the population will always be transgender. But perhaps the current craze will not always lure troubled young girls with no history of gender dysphoria, enlisting them in a lifetime of hormone dependency and disfiguring surgeries….No adolescent should pay this high a price for having been, briefly, a follower.”

No one denies gender dysphoria, where some children feel confused. “Am I a girl trapped in a boy’s body?” they wonder. But experts say that about 95% of these children with gender dysphoria will grow out of this by around puberty — if the process is not interrupted along the way.

Tragically, there are many people in high places that are interrupting this process all too often.

And then when children go through with some form of transition, very often deep depression follows, as documented at www.sexchangeregret.com, a ministry to help the hurting.

The most thorough follow-up of sex-reassigned people — extending over 30 years and conducted in Sweden, where the culture is strongly supportive of the transgendered — documents their lifelong mental unrest. Ten to 15 years after surgical reassignment, the suicide rate of those who had undergone sex-reassignment surgery rose to 20 times that of comparable peers.

The founders gave us the First Amendment to enshrine in the Constitution the right to freely practice religion and by extension, the right of conscience. We also have free speech rights and the right to petition our government in case of grievances. That would include lobbying for legislation for the good of society.

But the Biden administration is steamrolling over conscience rights, despite the Constitution.

Phyllis Schlafly herself once told me in a 2004 television interview: “The Constitution is not out of date. It’s just as good today as when it was written.” Would that it was being followed today by the Biden administration.

Powerful Arguments to Keep ‘Trans Ed’ Out of Schools