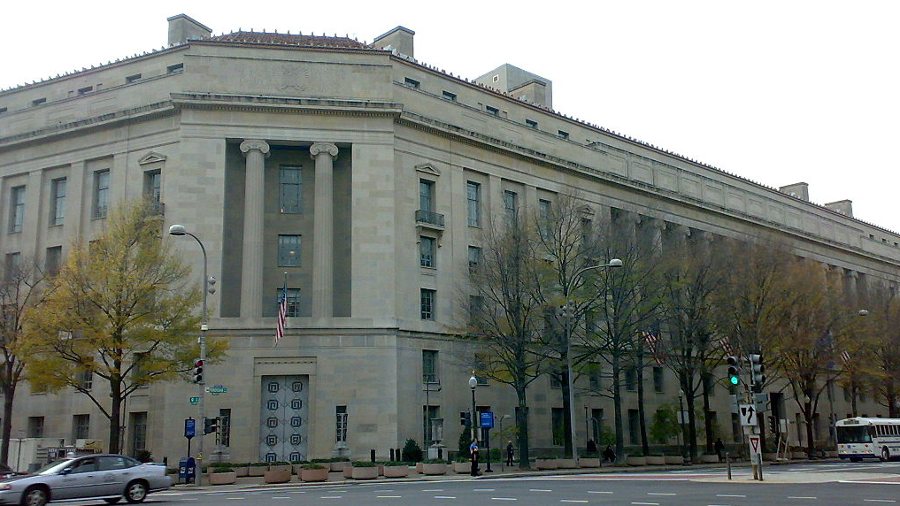 The Justice Department is pursuing a conservative group’s documents going back five years as part of a lawsuit challenging an Alabama law that prohibits sex change treatments for minors.

The group, Eagle Forum of Alabama, had been a public supporter of the state’s Vulnerable Child Compassion and Protection Act. The organization filed a motion in federal court last week to quash the Justice Department’s subpoena demanding all information related to the legislation since 2017.

Neither the state affiliate nor the national Eagle Forum, founded by conservative icon Phyllis Schlafly, is a party to the lawsuit. The state of Alabama is the only defendant.

“This is a huge issue that groups on the right and the left should be concerned about,” Kristen Ullman, president of Eagle Forum, which has chapters across the United States, told The Daily Signal. “Think about the impact.”

Alabama’s Vulnerable Child Compassion and Protection Act took effect May 8. The law bans puberty blockers, cross-sex hormones, castration, and other sex-change surgeries for minors, providing penalties of up to 10 years behind bars for medical providers and up to $15,000 in fines. Proponents of such treatment call it “gender-affirming care.”

After the Alabama Legislature passed the measure but before it went into effect, the Justice Department joined as an intervenor in the case of Eknes-Tucker, et al. v. Marshall, et al., challenging the constitutionality of the law. The defendant is Alabama Attorney General Steve Marshall, a Republican.

After joining the case, the Justice Department subpoenaed five and a half years of information from Eagle Forum of Alabama, including all private communications with legislators or anyone else regarding the transgender law; every note, meeting minutes, letter, policy goals and strategy effort, speech, presentation materials, research, and polling; drafts of the bill or its amendments; and documents pertaining to publicly posted social media and webpages and other communications.

Ullman, Eagle Forum’s national president, said the Alabama chapter is challenging the subpoena on grounds that the subpoena isn’t relevant to the case; that it places an undue burden on Eagle Forum of Alabama; and that it requires disclosure of private material.

Moreover, Ullman said, the Justice Department’s action treads on First Amendment rights regarding freedom of speech, freedom of assembly, and free exercise of religion. The subpoena by the Biden administration is “harassment” that “must be stopped,” she said.

“It’s not like we were trying to hide our position,” she said. “Our position was public and everything we did was legal. Imagine if a Republican administration sued Organizing for America for all of its communications with Congress even if it isn’t relevant to the case.”

Justice Department spokeswoman Aryele Bradford told The Daily Signal in an email that the department has no comment about the subpoena of Eagle Forum of Alabama.

Under President Joe Biden, the Justice Department has launched probes of potential political opponents of the administration, including parents speaking out at school board meetings, and the Southern Baptist Convention, and, more recently, it authorized an FBI raid at the Mar-a-Lago home of former President Donald Trump.

The Justice Department, in an April press release announcing it was intervening in the Alabama case, claims that the state law “discriminates against transgender youth by barring them from accessing particular procedures while allowing non-transgender minors to access the same or similar procedures.” This, it said, violates the 14th Amendment’s equal protection clause.

After hearing from citizens in Alabama, including parents, doctors, lawyers, and guidance counselors, about their concerns for otherwise healthy children who want to transition to the opposite sex, we decided to undertake the protection of these vulnerable children and have done so publicly and ardently. Eagle Forum of Alabama operates primarily by volunteer Alabama citizens. The right to engage in these activities, free of compulsion and harassment, must be preserved.

The Mar-a-Lago Raid: What Was It Really About?

Did American Academy of Pediatrics Just Blink on ‘Gender Affirming Care’ or Bluff?