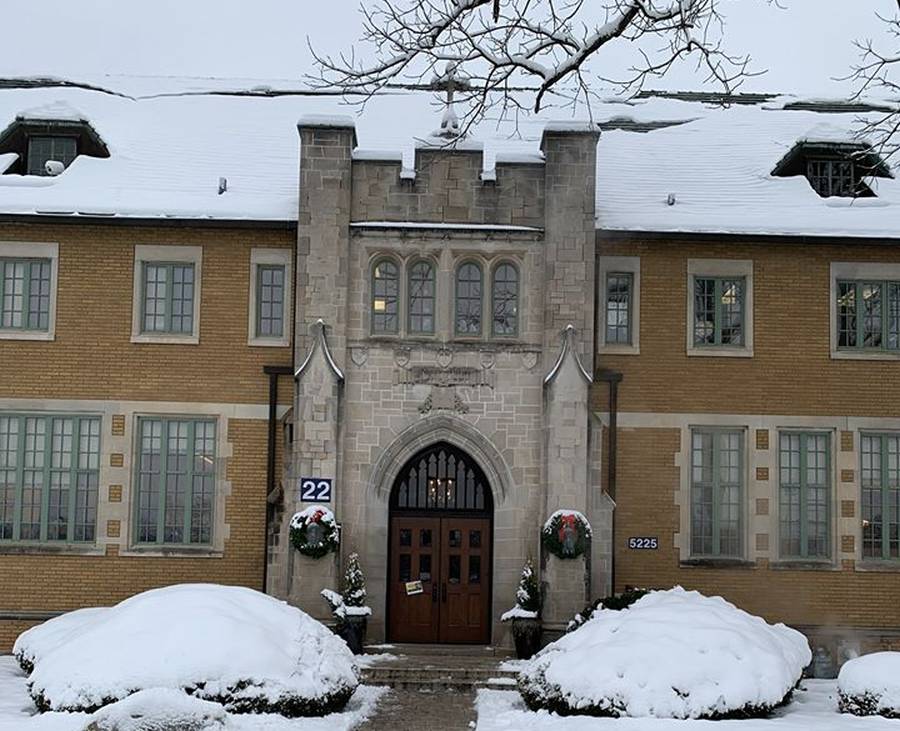 Joshua Payne-Elliott had worked at Cathedral High School for 13 years. He knew the rules. So when the social studies teacher married another man, he knew he was putting his Catholic employer in an impossible situation.

For 22 months, the Indianapolis Archdiocese and Payne-Elliott tried to talk it out. But eventually, there was nothing left to say. If Cathedral kept him, the school would be turning its back on Catholic teaching. If it let him go, it’d be inviting a legal firestorm. In the end, the school chose its beliefs.

It was an agonizing decision, Archbishop Charles Thompson said soberly. But at the end of the day, if the church strives to be “Christ-centered,” then that means upholding Jesus’ teachings.

“Every human being deserves respect and dignity,” he agreed, and the church will continue to “embrace, love, and welcome all persons.”

But the Bible’s “teaching on marriage as one man and one woman continues.” That doesn’t mean he or anyone else is perfect, Thompson was quick to add. “I’m a sinner too,” the archbishop pointed out.

But he pointed people to an old poster he once saw on the door of a science lab. “[It] read, ‘Truth is not determined by majority opinion.’ The Church has taught for 2,000 years that marriage by nature is designed by God as one man and one woman … [That] doesn’t mean we don’t care,” he pointed out. But it does mean they won’t compromise.

A Convenient, But Phony Argument

When Payne-Elliott sued the school for letting him go, he said he hoped it would “put a stop to the targeting of LGBTQ employees and their families.” That’s a convenient argument, but a phony one.

Cathedral High School isn’t discriminating against anyone. This teacher, like everyone else on staff, agreed to uphold the teachings of the Catholic Church in their personal and professional lives. If Payne-Elliott didn’t like that, he didn’t have to teach there. Instead, he’s trying to make the Archdiocese look like a villain for upholding the faith he knew it subscribed to.

That’s not just unfair, the president’s Department of Justice is arguing, it’s dangerous. In fact, Assistant Attorney General Eric Dreiband believes this case is so important that his team will be on hand in Indiana March 10 to personally defend Cathedral High School in state court.

Payne-Elliott’s lawyer, Kathleen DeLaney, tried to shame the White House for getting involved in what she called “a local employment issue.”

“What I take away from this is that the Trump administration is politicizing a legal dispute about an Indiana business tort,” she argued.

But what the rest of us should take away from it is that the president will go to any lengths to protect religious liberty. That’s especially important after eight years of Barack Obama, whose DOJ openly sided against churches in these situations.

Of course, the most famous example of that was the Hosanna-Tabor case, where all nine Supreme Court justices broke with Obama and agreed: The government shouldn’t meddle in the personnel decisions of faith-based groups.

It’s true that the left is trying. We’ve seen their outrage play out over and over again with private Christians schools, which they’re desperate to push into some sort of spiritual ghetto. Fortunately, liberals haven’t had the benefit of another radical president to implement their plans — but we don’t have to guess what they’ll do if they get one.

“I sometimes think,” he said, “[that] society has pushed the church to the margins and peripheries. But we must continue to engage the world, engage society, and engage culture with our message, with that Good News, with those teachings, and what we believe the word of God and the tradition of the church has revealed … [and take] that call to others.”

After Republican Objects, Democrats Keep ‘So Help Me God’ in Committee Oath