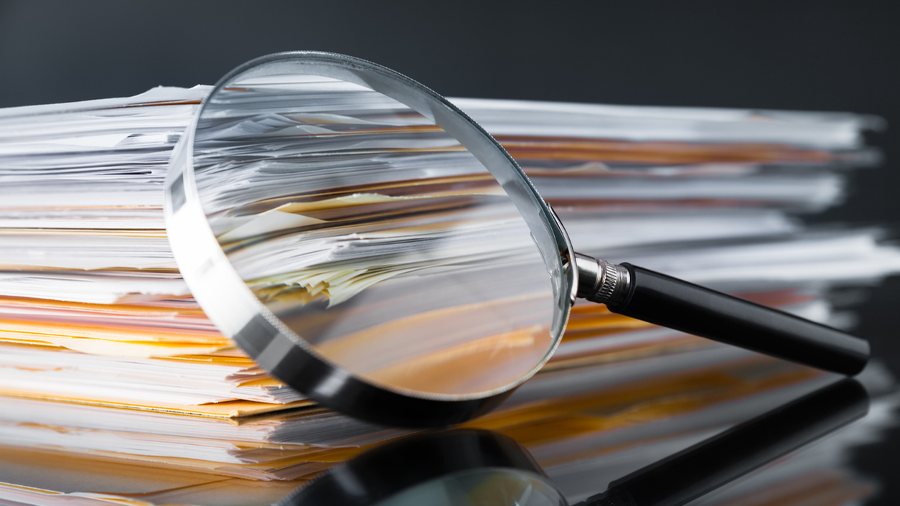 A day after U.S. District Judge Aileen Cannon issued her order that appointed Judge Raymond Dearie as special master and prohibited the “Justice” Department from continuing to go through Trump’s Mar-a-Lago documents ahead of the judge’s review, the DOJ has appealed to the U.S. 11th Circuit Court of Appeals.

Nothing to See Here!

Specifically, there are a couple of parts to their appeal. First, they want the appeals court to pause the part of Judge Cannon’s ruling that stops them from relying on those so-called “classified” documents in their persecu… — I mean, prosecution, or more accurately (at this point) their criminal investigation, of President Trump. The DOJ really, really does not want to be delayed in going through those documents, they say, because the midterm election is in less than two months and they want to indict Trump before then. Just kidding — the part about the midterm election and indicting Trump wasn’t actually stated in the appeal. But I’ve always said that comedy should be based on truth.

Second, they want Judge Dearie to be prohibited from going through the “classified” documents at all. The DOJ really, really doesn’t want him to look at them, because then he might see that they have nothing to do with national security and everything to do with the Russia Hoax. Again, kidding about that last part; again, comedy, based on truth.

The Smell of a Government Swamp

Joking aside, what they actually told the appeals court was that the materials taken from Trump’s residence are “highly sensitive documents” and that denying prosecutors access to them would delay their investigation at a risk to national security. Yes, that’s their story and they’re sticking to it, even though it would seem to be at odds with Attorney General Merrick Garland’s months-long delay for retrieving the documents with their shock-and-awe raid, and also inconsistent with their leaks to the media about what they had retrieved.

And it doesn’t explain why they don’t want Judge Dearie — who was chosen in part because he has the necessary security clearances — examining those papers. Could it be that Judge Dearie, who happens to have been a FISA court judge when Crossfire Hurricane was putting bogus information into their warrant applications, is likely wise to their tricks?

Finally, we’d like to know how they can tell these “classified” documents are such an imminent threat to national security unless they’ve already reviewed them. (Note that we continue our convention of using quotation marks around the word “classified” in this context, as President Trump insists he declassified them and by law he has the final authority.)

This appeal smells of the government swamp, emanating as it does from a weaponized bureaucracy that seems desperate to hide something.

The Last Straw for Many in Law Enforcement

In more breaking news, John Solomon reports that a movement is growing to have an independent review of the FBI. It would be along the lines of the Church Committee, set up in the 1970s by Idaho Sen. Frank Church to look at the activities of J. Edgar Hoover’s FBI and other U.S. intelligence agencies that were badly off-track.

So when you hear about a “Church Committee,” it doesn’t have anything literally to do with a place of worship. Even so, it’s a good reference point for the sacredness of our Bill of Rights, which it’s time our law enforcement agencies started respecting.

The revelation that the FBI was actually paying “dossier” source Igor Danchenko as a confidential human source after realizing he’d given them bogus information about Trump — not to mention his ties to Russian intelligence — seems to have been the last straw for many in law enforcement. Kevin Brock, who as the FBI’s first intelligence chief wrote the rules that the FBI is supposed to be following with informants, told John Solomon that the FBI finds itself “in a place right now where well over half the country believes they’re working on behalf of one party or another.” [Aside: it seems pretty darn clear which party that is.] “And that can’t stand — the agency can’t survive if that persists.”

What the FBI Needs: A ‘Church Committee’

Solomon also spoke to Devin Nunes, who said the atmosphere is so partisan that it’s hard for a congressional committee to do the sort of oversight that’s needed. Recall how he was wrongly discredited and thwarted at every turn when he was chairman of the House Intelligence Committee. A traditional congressional committee isn’t designed for investigation when there’s “corruption at that level.”

Nunes specifically mentioned FBI Director Christopher Wray’s unwillingness to make the sweeping reforms necessary. “We cannot trust, after all this time, that Wray has done one da** thing to clean up the agency,” he said. “In fact, it’s gotten worse. The American people know it’s worse.”

Ohio Rep. Jim Jordan, who has been contacted by five FBI whistleblowers in recent months alleging political manipulation and would likely be the new chairman of the House Judiciary Committee if (when!) the Republicans retake Congress, agrees, saying, “We need to seriously look at how all this has to change in a way that respects the liberties of the American people.”

Be sure and read Solomon’s report for an encouraging look at how the Church Committee was able to reform the FBI after a dark history of abuses.

Jason Chaffetz, appearing with Solomon on Friday’s Hannity show, was adamant that there’s a two-tier “justice” system and that this type of committee is the only way to change that. “There has to be a wholesale change” at the entire Department of Justice, he said, “but specifically at the FBI.”

“It’s the unequal application of justice,” he said, “that is well-documented through the years…and…if you’re a Biden, if you’re a Clinton, if you’re anybody on the Democratic side of the aisle, they’re not gonna do anything, and that’s what’s so frustrating.”

Solomon said that “everything Jason Chaffetz just said is what I’m hearing from people inside the FBI, outside the FBI and in Congress.” He added that once a Church-style committee is set up, AG Garland’s attempted intimidation against agents talking to Congress “isn’t going to hold.” We do have laws to protect whistleblowers.

J6 Intelligence Was Available — And Ignored by Leadership

In another new report, Solomon also says that “as many as 10” whistleblowers are coming forward about January 6, saying that leading up to the event, there were numerous intelligence reports on the likelihood of unrest and the need for tight security. The letter about this from Capitol Police intelligence analyst Eric Hoar three days after the riot has been confirmed by new whistleblower complaints, says Illinois Rep. Rodney Davis, ranking Republican on the House Administration Committee, which oversees Capitol security.

Rep. Davis also told Solomon that some of the whistleblowers have experienced retaliation for coming forward. His committee is protecting “many more” of them. A similar retaliatory environment exists within the Capitol Police, he said. The whistleblowers tell a “consistent story,” he said, which is that department heads had the intelligence in their hands and did not act.

That seems clear now. The big question is, why didn’t they act? We’ve said all along that the riot suited Democrats’ long-term purposes so well that if it hadn’t happened, they would’ve had to create one. So far, we just know they didn’t try to prevent one.