Does the Gospel of John Portray a Different Jesus? 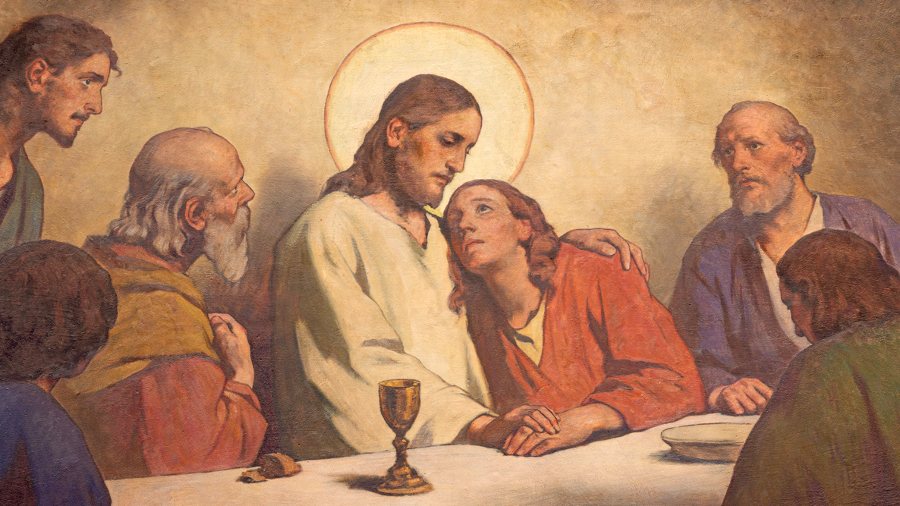 New Testament scholars often treat the Gospel of John like a red-headed stepchild. We’re often told that John presents a Jesus who is fundamentally different from the Synoptics. For example, here is the well-known NT critic Bart Ehrman:

…if Matthew and John were both written by earthly disciples of Jesus, why are they so very different, on all sorts of levels? … Why do they have such fundamentally different views of who Jesus was?…

Ehrman certainly isn’t alone in his opinion here. Even Craig Evans, an evangelical New Testament scholar, concedes this point to Bart. He says:

I suspect we (Ehrman and I) don’t have too much difference on John. My view is that the gospel of John is a horse of another color altogether. It’s a different genre…you have virtually nothing…in Matthew, Mark, and Luke that sounds like, and looks like, Jesus in the Gospel of John. So, we have to ask as historians, at this point, is there just some other Jesus we just didn’t know about?…

(Evans-Ehrman debate “Does the New Testament Present a Historically Reliable Portrait of the Historical Jesus?”)

A horse of a different color? No offense to Evans, but this sounds like a nice theological way of saying John is basically fan-fiction. Should Christians think of  John as borderline apocryphal? Let’s take a look and see if there is “virtually nothing”  that sounds like the Jesus of Matthew, Mark, and Luke found in John.

Here Jesus gets a little snippy. Bad pun intended. Compare this reported event with one found in Luke 13:15-16, where Jesus responds to those who said that he’d broken the Sabbath for healing a disabled woman:

Then the Lord answered him, “You hypocrites! Does not each of you on the Sabbath untie his ox or his donkey from the manger and lead it away to water it? And ought not this woman, a daughter of Abraham whom Satan bound for eighteen years, be loosed from this bond on the Sabbath day?”

In both stories, Jesus uses a pun to take a swipe at their hypocrisy. The Law’s ritual commands are not more important than making someone whole. Their priorities were all screwed up.  Jesus wasn’t just witty, he was also sarcastic. Here’s Luke 13:33:

for it cannot be that a prophet should perish away from Jerusalem.’

Jesus answered them, “I have shown you many good works from the Father; for which of them are you going to stone me?”

So far, we have learned that a good dose of sarcasm and puns is essential to becoming an imitator of Christ. That I can emulate! While that sounds fun, we also learn from both the Synoptics and in John that Jesus hated flattery.

“Rabbi, we know that you are a teacher come from God, for no one can do these signs that you do unless God is with him” (John 3:2).

Jesus wasn’t having it, responding:

“Truly, truly, I say to you, unless one is born again he cannot see the kingdom of God.”

Well, that came out of leftfield!

The same thing happens in Luke 11:27-28 when Jesus again rejects a compliment. Luke tells us that:

“As [Jesus] said these things, a woman in the crowd raised her voice and said to him, “Blessed is the womb that bore you, and the breasts at which you nursed!” What was Jesus’ response? “Blessed rather are those who hear the word of God and keep it!”

You simply can’t butter up Jesus; he sees right through it and gets down to the heart of the matter.

There’s also the very human side of Jesus — he becomes lonely. Skeptics often say that the Jesus in John is this otherworldly Jesus, but let’s look at some interesting similarities. Here’s Jesus in Mark:

And He took with Him Peter and James and John and began to be very distressed and troubled. And He said to them, “My soul is deeply grieved to the point of death; remain here and keep watch.”…And He came and found them sleeping, and said to Peter, “Simon, are you asleep? Could you not keep watch for one hour?” (Mk 14:33-37)

And here is Jesus in John:

After he had said this, Jesus was troubled in spirit and testified, “Very truly I tell you, one of you is going to betray me. (Jn 13:21)

Here Jesus is very human. He also pointedly asks the disciples if they were going to leave him after the crowds turned on him when he talked about him being the “bread of life”.  (John 6:67) Again we see tremendous unity in character so far. Finally, Jesus was also very quick to say “I told you so”

Mark 13:23: But be on guard; I have told you all things beforehand.

John 14:29: And now I have told you before it takes place, so that when it does take place you may believe.

This unity of personality is a far cry from the “horse of a different color” that Evans is talking about. There are also similar sayings found in both the Synoptics and John. Likewise, a common language among gospel narratives can display a unity of character. Consider the following parallels, which are based on a variety of settings and scenes in the gospels. Such as:

A servant is not above his teacher

Ask and you will receive

Moses and the prophets

Now of course John very strongly emphasizes different phrases and themes. No one is disputing that. But this could easily be the result of selection by emphasis.

This is completely in keeping with what we know from the early church fathers. Clement of Alexandria, writing around 180 AD said “they say accordingly that John was asked to relate in his own gospel the period passed over in silence by the former evangelists.”  (Cited in Eusebius, Church History, 3.24.1-13)

We need to realize that the Synoptics don’t necessarily give us a representative sample of all of Jesus’ topics or vocabulary. That said, Jesus does say something that sounds very much like John’s Gospel in Matthew 11:27:

Ehrman says that Jesus hardly talks about himself in Matthew, and certainly not much about his identity, but wow … this is a bombshell. According to Jesus, only he can supernaturally reveal his sonship status. And in this context, it’s only the humble that can receive it.

Is there any explanation for the fact that Jesus says the same thing in both Synoptics and John? Maybe … and hear me out here … maybe it’s because the Jesus in John is the same Jesus.  This passage is paralleled in Luke 10:21-22, which according to the critics, means that this passage was in the so-called Q gospel, which they believe was an earlier, now lost source that they’d date to the 40’s or 50’s AD. Wow. So that would make this part of the earliest gospel tradition.

That means that in the 40s or 50s we have a tradition where Jesus is asserting himself as the unique Son of the Father whose identity can only be revealed by the Father.  And that he is the only one who can tell you who the Father is. But hold the phone here. We’re told by Ehrman and company that this kind of theology was a later invention by John that developed in the late first century. How did this get into such an early source?

Probably because Jesus really said it. The bottom line is that the Jesus in John and the Jesus of the Synoptics are the same. He isn’t a horse of a different color, he’s the same sarcastic, punny, quick-witted, compassionate, heart-piercing Jesus found in the other canonical gospels.

Video: Evidence That the Gospels are Based on Eyewitness Testimony