Riot defenders will have to do much better if they want to downplay the harm that looting imposes on the innocent. 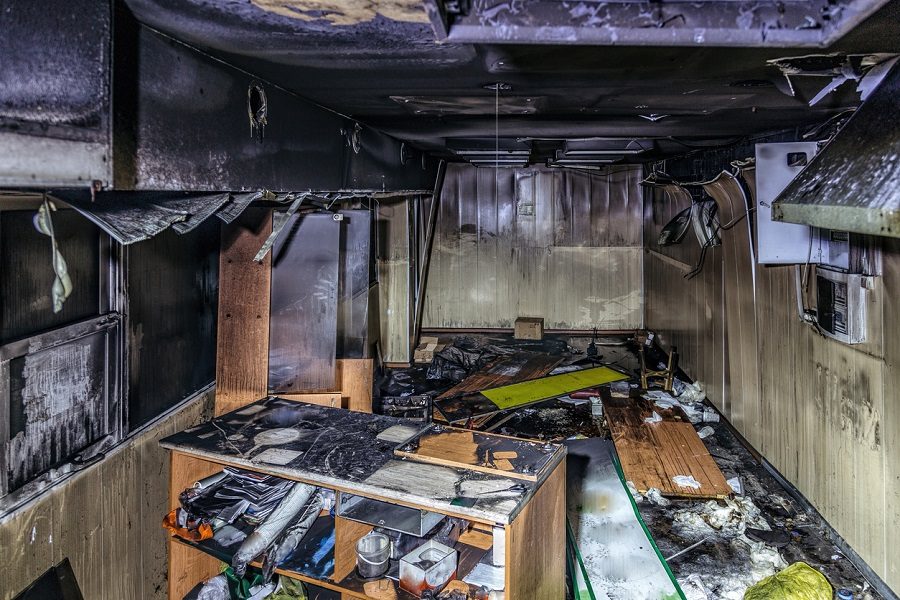 By Bradley Polumbo Published on September 8, 2020 •

Since the death of George Floyd in late May, violent riots and looting have broken out in many major cities, eventually overshadowing peaceful protests and calls for criminal justice reform. From Portland to Chicago to Kenosha, rioters have smashed windows, lit fires, attacked government properties, assaulted people in the streets, and looted storefronts.

In Minneapolis alone, vandals have destroyed at least 1,500 properties, many of them minority-owned businesses, and caused billions of dollars in property damage. Many people have been injured or killed during the chaos.

However, many supporters have attempted to downplay, defend, and even support rioting. A common argument is that looting is no big deal because businesses “have insurance” that will reimburse the costs of the destruction.

For example, there’s Vicky Osterweil, author of the book In Defense of Looting. In a recent softball interview with NPR, she argued that looting is “basically nonviolent” because “most stores are insured; it’s just hurting insurance companies on some level. It’s just money. It’s just property. It’s not actually hurting any people.”

Similarly, Black Lives Matter activist Ariel Atkins has argued that looting is a form of “reparations.” She says it isn’t actually harmful, “because these businesses have insurance. They’re going to get their money back.”

BLM Chicago Leader on the looting of stores: “That is reparations…. anything they want to take, take it because these businesses have insurance…” pic.twitter.com/uB9GAGmkLu

It’s just stuff, Matt. That’s what insurance is for. The pearl-clutching over property in relation to human lives is a huge part of the problem – and one the media is very much guilty of parroting.

Julie, not as horrible a scene as those small children witnessed as their unarmed father was shot at close range NUMEROUS times by police. They will be scarred for life. Businesses have property insurance.

It’s just stuff, Matt. That’s what insurance is for. The pearl-clutching over property in relation to human lives is a huge part of the problem – and one the media is very much guilty of parroting.

These arguments rest on weak factual and logical footing. As the Washington Examiner’s Beckett Adams wryly noted, “It takes a toxic cocktail of ignorance and privilege to look at the smoldering ruins of a family-owned business and shrug it off with some quip about how an insurance company will no doubt fix it.”

Here are four reasons why the excuse that “businesses have insurance” doesn’t mitigate the harm of rioting.

1. Riots Take a Human Toll No Insurance Plan Can Account For

Even if all the affected property was fully insured—and it wasn’t—rioting has taken a vast human toll as well.

Consider that at least 15 people were killed during the initial riots after Floyd’s death, and that more have died in the unrest since. When arson and looting consume the streets, people inevitably get hurt and caught in the crossfire. That’s why the Minneapolis police found a burnt corpse in a pawn shop days after arsonists had passed through.

Insurance might fund that property’s restoration, but it can’t bring a dead man back to life.

Nor can the existence of property insurance undo the trauma experienced by the many injured during the ransacking of stores. In just one example of many, an elderly man was beaten severely by looters and left bleeding on the ground when he tried to defend his store.

Moreover, the destruction of their community, understandably, traumatizes many individuals. It causes them vast amounts of emotional pain and disrupts their lives immeasurably.

“They went straight to OfficeMax, the Dollar Store, and every store over here that I go to,” one disabled Minneapolis woman said through tears after rioters ravaged her community. “I have nowhere to go now. I have no way to get [to other stores] because the buses aren’t running.”

MUST WATCH TV: If you’re still unclear what impact the rioting and violence is having on the most vulnerable among us, please listen to Stephanie, a disabled Minneapolis woman who offers her heart-wrenching experience after last night’s violence. Great work by ⁦@BenryNews⁩ pic.twitter.com/k73Q65Psvs

Even the most generous, sweeping insurance plans in the world couldn’t erase all the human pain and suffering the riots have wrought on everyday Americans.

2. Not All Affected Small Businesses Have Insurance That Covers Rioting and Looting Damage

“Situations where there’s a lot of devastation like this, a lot of times people find they’re underinsured and don’t have enough coverage,” Illinois Insurance Association Hotline President Janet Patrick told CBS Minnesota. “And so once the damage has been done, it’s too late. You can’t buy more coverage.”

Moreover, even full insurance repayment is often not enough.

For example, the Star Tribune reports that in the Minneapolis area, demolition costs for properties destroyed in the riots are far exceeding what insurance will cover. The newspaper found that “Most policies limit reimbursement to $25,000 to $50,000, but contractors have been submitting bids of $200,000 to $300,000. In many cases, the price of the work is not much lower than the actual value of the property.”

Dozens of owners whose Twin Cities properties were severely damaged in the May riots have been stunned to discover that the money they would collect from their insurance company for demolition won’t come close to the actual costs of doing the job. https://t.co/eWg6iHodjD

The contrast here is quite clear. Sympathetic journalists, activists, and academics might dismiss property damage as all “covered by insurance,” but they are completely out of touch with the reality of the situation many small businesses now face.

Even for those many businesses that do have insurance covering rioting damage, it’s still a massive burden to have your businesses destroyed.

Think about it like this: Just because you have health insurance, is it fine for me to punch you in the face? Or, alternatively, one wonders whether those defending rioting would be fine with having their house burned down. After all, they have insurance.

There’s an enormous disruption that comes with having to pick up the pieces of an enterprise reduced to rubble. As anyone who has actually filed an insurance claim can tell you, it requires extensive documentation and the navigation of aggravating, bureaucratic processes. So, too, business owners miss out on sales and revenue during the interim — making an already difficult time even more difficult to navigate.

This means that even with insurance, many of the owners of the thousands of properties destroyed in the greater Twin Cities area will still be left in the lurch.

Even if all businesses destroyed in the ongoing rioting and looting received massive payouts and were made financially whole, the destruction would still have harsh long-term effects on the impacted communities. For one, future insurance rates would spike, driving up costs, decreasing economic opportunity, and raising prices.

It’s not hard to see why. Insurance doesn’t magically make costs go away; it simply spreads them across a pool of policy-owners. If, suddenly, communities see a massive spike in payouts due to rioting, insurance companies will charge them much more in the future because they know they’ll be insuring higher-risk properties.

“If carriers are paying out claims for hundreds of millions in losses, they’re going to try and recoup,” insurance broker Randle Frankel told the Los Angeles Times. “There will be repercussions. Rates will go up.”

Small businesses will have a much harder time bearing these higher costs than big corporations. And the fallout will hit consumers, too.

“In my experience, after every event like this, there will be price increases,” Frankel said. “Rates have to go up.”

When you burn down a building, the building and the resources used to create it are gone, as are all the services it would have otherwise provided in the future. That is an obvious, inescapable fact. All that insurance policies, government programs, or any other institution can do is shift the burden of that loss (often in unpredictable ways). They cannot make the loss disappear.

The takeaway here is clear. Even when businesses are covered by insurance, communities still suffer from the destruction. Riot sympathizers will have to find another politically-motivated talking point if they want to downplay the harm that looting and vandalism impose on the innocent.