Do This Right: Why It Is Important That Trump Not Concede 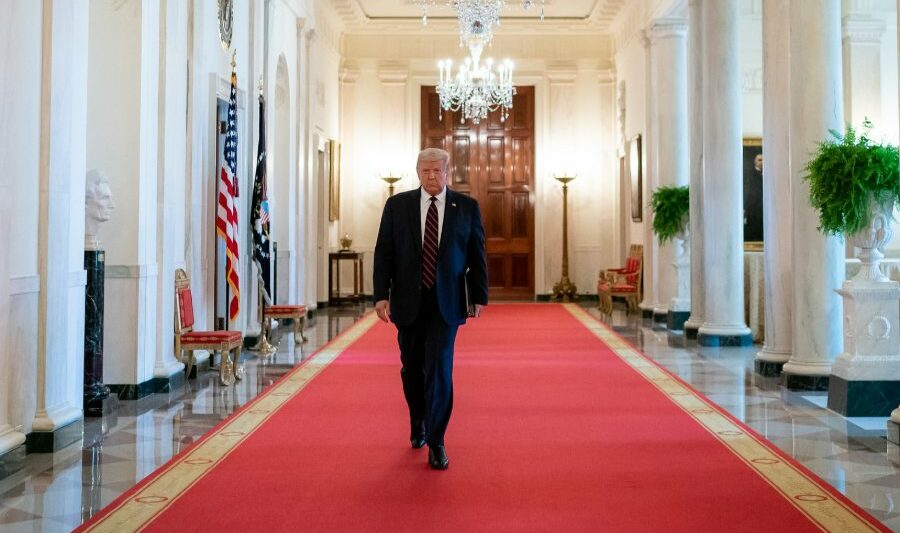 Where to start on the situation we as a nation are now facing? First, let’s get one thing clear: Does anyone think for one second that — given all the anomalies of this election and the strange turnaround that completely changed the outcome — if the situation were reversed and Trump were ahead, the Biden campaign would say, “Yes! The people have spoken! Donald Trump has won re-election! We’re leaving now”? Anyone?

“The People Have Spoken” — Not Yet

Of course they wouldn’t. They’d recount close states and find every bit of evidence of voter fraud that might have influenced the outcome — which this year, I must point out, is all coming from the Democrat side. They’d never go quietly. (Recall Gore in 2000 — that took well over a month.) So anyone — including the media — saying it’s over and Trump should concede needs to put a cork in it until we determine the actual vote count.

The left never accepted Trump as the duly-elected President, even though he was. They concocted a story about Russians and still push it, though exhaustive investigation found no evidence. They undermined him — and demeaned us — at every turn. They tried to remove him with a sham impeachment. Now, they expect us to slump away defeated after a few days while they coronate his opponent? No.

Biden is already pretending to be the President-elect, giving speeches saying “the people have spoken.” Actually, the media have spoken, but they don’t decide this. They don’t certify the vote. Still, they just can’t wait, so this is the kind of headline we’re seeing everywhere.

When Democrats say “the people have spoken,” that’s not what they mean. They refer to the ballot count, which may or may not reflect the people’s will. They want to freeze it before it can be shown that “the people” might want something very different from what they want to give them.

My staff and I have been looking through almost countless reports about this to see what is partisan spin (from both sides) and what might actually reflect reality. Here’s some good sense from American Thinker.

The author, Jay Valentine, is clear that he supported Trump and has tried hard to contain his confirmation bias, but he has a degree in statistics and sees plenty of reason to examine the result. Not only is this not over, he says, but it’s “scary for Biden.” That’s why the Biden campaign and the media (but I repeat myself) are in such a hurry to declare him the winner and get everybody used to the idea.

Valentine first looks at Philadelphia and the order from Justice Alito to keep late ballots separate. Remove those, and Trump wins Pennsylvania. (Of course, there are scores of eyewitness accounts that suggest outright fraud in Philadelphia, also in Pittsburgh.) Valentine thinks Trump will win the state.

Here’s a story we found about Pennsylvania accepting mail-in ballots for this election at almost 30 times the rate predicted by historical rejection numbers. Hmm…

Valentine also finds numerous anomalies in Nevada and Wisconsin. For example, Wisconsin election clerks were told to fill in ballots themselves where critical information had been left off. This information is supposed to be resolved before Election Day. Such ballots don’t count, at least according to retired Wisconsin Supreme Court Justice Michael Gableman, who said on local radio that the statute is “very, very clear. If an absentee ballot does not have a witness address on it, it’s not valid.” The Wisconsin GOP “estimates that thousands of witness addresses may have been changed.” Here are more details concerning Wisconsin.

Michigan is a mess, too, especially Detroit, where many accounts have emerged about GOP observers being ejected or otherwise barred from seeing the process. Here’s just one.

By the way, don’t look for such reporting through a Google search. They’ve “fact-checked” it and found it all to be “false.” Not so.

Problems have also arisen on a smaller scale: example, Michigan.

“Voter fraud is kind of like larceny,” Valentine says. “A little is okay. It is even kind of entertaining …” (like all those jokes we’ve told about dead ‘Democrats’ voting) “… But voter fraud on this scale is just not sustainable. It does not pass the common sense test … The overwhelming number now goes beyond humor and rubs our faces in it.”

Trump has, as he puts it, “gone to the mattresses.” We’ll just see what the “will of the people” is.

Also, Mark Levin had a must-see program this Sunday on Life, Liberty & Levin. Here’s a great clip of him with guest Ken Starr. If you missed it Sunday night, the show in its entirety should be online soon.

As they discussed, it was a deliberate choice to have legislators direct the process for choosing electors for their states, to keep it as close to the people as possible. This “got lost in the Pennsylvania shuffle,” Starr said, calling what the governor did through the state supreme court to change the rules “a constitutional travesty.” Justice Alito has stepped in to say, in effect, that “the legislature is the boss.” That’s why he’s having late ballots counted and kept separately, pending a decision by the full Court about the power of the state legislature.

Levin observed, “The Democrats … want to vote earlier and earlier and count later and later.” Yes, to create unreliability and chaos. (I would add that it keeps early voters from being able to change their minds.) Starr cited two cities, Detroit and Philadelphia, for having “a sordid history of voter fraud,” involving “criminal convictions” that in Pennsylvania involved the sitting state senate majority leader, who went to jail.

Imagine someone actually going to jail over this!

As Levin said, there have been over 300 lawsuits this year in key states, to “stack the deck” with the methodology by which votes are cast and counted, setting us up for the current mess. (I should mention that we previously reported Clinton attorney Marc Elias of the firm Perkins Coie being particularly active in this process.)

Levin also hosted constitutional scholar and election law expert Hans von Spakovsky, senior legal fellow at the Heritage Foundation and a former commissioner for the Federal Election Commission. He was also counsel to the assistant attorney general for civil rights in the DOJ, in charge of enforcing voting rights law. He spoke about those 300+ lawsuits, which had “a common theme.”

“They all tried to get the security protocols that are in place for absentee or mail-in ballots eliminated,” he said. Signature requirements, signature comparisons, limits on ‘vote harvesting,’ voter ID — they wanted it all out the window. Is that to ensure we “count every vote,” or that we “count every ballot, real or not”?

Be sure and watch the entire interview, as well as Levin’s closing statement — you’ll see why the media and the Biden campaign (same thing) do not get to call this election; why it might very well turn out differently; and why it’s so important, whatever the outcome, that this be done right.