Do the Math: What’s Going on With Georgia’s Ballots? 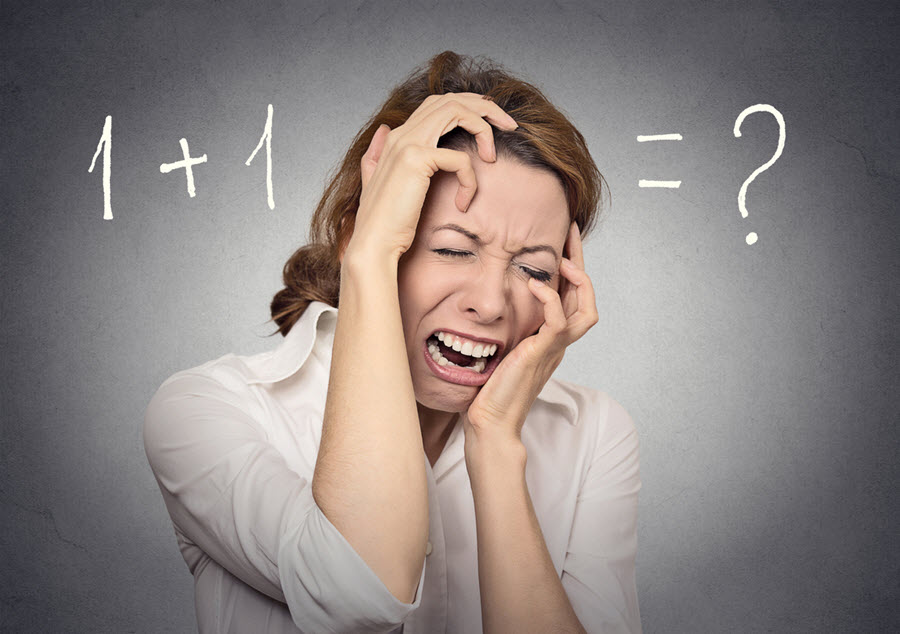 At this writing, attorney Sidney Powell reportedly intends to file a lawsuit in Georgia on Wednesday. We’re not sure what it’ll cover, but some reports out of Georgia strongly suggest that we still just don’t know the real vote count there. And if this isn’t cleared up, not only is the presidential vote in doubt, but there’s no telling how it will affect the upcoming senatorial run-offs.

As Peter Svab reports in The Epoch Times, and Dan Bongino discussed in his Tuesday podcast, something very suspicious is going on with thousands of ballots in Georgia.

Bongino knows something about such allegations because in his early days as a Secret Service agent, he had to investigate cases of fraud that led him to discover post office boxes being used as residences. Criminals were using them as drop boxes; the Secret Service would stake them out and catch the bad guys.

This same type of falsification appears to have been done on thousands of ballot applications in Georgia, which require a residential address. Keep in mind that the margin between Biden and Trump, with their “official” count, is less than 13,000 votes.

Matt Braynard, former data and strategy director for Trump’s 2016 campaign, noticed that many addresses on the voter rolls included information that didn’t make sense for the actual locations. So he and his team analyzed just a partial sample of the voter data and saw that thousands of registered voters in Georgia — who are shown to have actually voted — might have used addresses of commercial businesses or postal facilities and disguised this by making them look like residential addresses.

Some of these immediately look suspicious: An address that says “Apt. 4928” doesn’t really make sense, as an apartment complex typically doesn’t contain nearly that many units. Others with lower numbers would, of course, blend right in.

On November 22, Braynard tweeted: “Georgia: We have identified over a thousand early/abs votes cast by individuals whose registered addresses are in fact at post offices, UPS, and FedEx locations, willfully disguising the box numbers as ‘Apt,’ ‘Unit,’ etc.”

Whoever did this has broken the law. Georgia election law states that “the residence of any person shall be held to be in that place in which such person’s habitation is fixed, without any intention of removing therefrom.”

Without any intention of removing therefrom. That’s the part that people in other parts of the country intending to “move” to Georgia just to vote Democrat in the run-offs need to consider. Unless they plan to continue living in Georgia for the foreseeable future, they are committing a felony by doing this. And the state of Georgia had better get tough on this and enforce that law, or their election in January will be steamrolled.

According to Georgia state law, anyone who “knowingly gives false information when registering as an elector” can be charged with a felony and imprisoned for up to 10 years or fined up to $100,000.

Braynard found anomalies in Pennsylvania as well. His team was able to contact by phone 1,137 Republican voters in Pennsylvania who requested a ballot but were not shown in state records to have had their ballots received or counted. Nearly 42 percent of those said they had returned their ballots, or thought they had. So, what happened to those ballots?

In Pennsylvania, over 160,000 uncounted mail-in ballots were requested by or in the name of registered Republicans. If we extrapolate from the sample Braynard was able to contact, with nearly 42 precent saying they returned them, that’s many thousands of votes not to have counted. Dr. Steven Miller, mathematics professor at Williams College, has filed a sworn affidavit of his findings, which says:

Here are Dr. Miller’s findings from Pennsylvania with his detailed analysis, as presented in the affidavit.

But back to Georgia. Braynard’s survey concluded that in Georgia, a similar percentage of Republicans they contacted who’d requested mail-in ballots said they returned them: 44 percent.

As we reported, Georgia attorney Lin Wood got a major smack-down from Judge Steven Grimberg when he attempted to stop the certification of the state vote count. He was suing as an individual voter and campaign donor (not sure why), not acting as an attorney for the Trump campaign, and Judge Grimberg ruled that he lacked standing. So Wood has filed an appeal with the 11th Circuit Court of Appeals seeking an emergency review of that decision.

In a lawsuit against the Georgia secretary of state and other state officials, Wood is making an argument that Alan Dershowitz says has merit: the fact that state officials do not have the authority to change the rules for counting absentee ballots, because under the U.S. Constitution, state legislatures must do that.

State officials did this regarding the process for verifying signatures, without authorization from the Georgia Legislature. I believe Wood still has the same judge on this one, though, so don’t hold your breath.

Wood also had State Farm Arena, where votes were being counted, served with a subpoena seeking video footage of the counting process during and after the election. Recall that officials claimed the vote count there had to be halted for several hours because of a burst water pipe, which turned out to be a mere dribble. So, what were they doing in there for all that time the count was stopped?

Here’s more of an overview of what’s going on in Pennsylvania, Wisconsin and, especially, Georgia.

Trump’s campaign has requested a machine recount in Georgia, which he’s entitled to do in such a close race. They’re also looking at a Petition to Challenge the election based, we surmise, on the suspicious registration applications detailed above, the ones that appear to be from non-residential addresses. There were approximately 1 million new voter registrations between November 2018 and 2020. Absentee votes cast totaled 1,322,529.

Even though the Georgia secretary of state has certified the results, Trump still has five days from that point to file such a petition.

According to RedState.com, there is anecdotal evidence — not yet verified but certainly being checked out — that numerous commercial mail-drop businesses had exhausted their supply of mailboxes as of this September and October. So the campaign is likely cross-referencing the street addresses of these commercial businesses with the addresses on voter registration applications to see if this was part of a scheme to inflate the Democrat vote.

Of course, just because leftists are openly encouraging people to “move” to Georgia to vote in the senatorial run-offs doesn’t mean Democrats would ever have falsified their addresses there to vote against Trump. Certainly not! Win or lose, if Trump’s election challenge uncovers this kind of rot, it should be considered a public service to America.