Distracted by Politics, Consumed by Truth

Salvation won’t arrive on Air Force One, and a perfect world won’t come through the ballot box. But a better world is possible if all our actions, political and otherwise, flow downstream from our Christian convictions, and not the other way around. 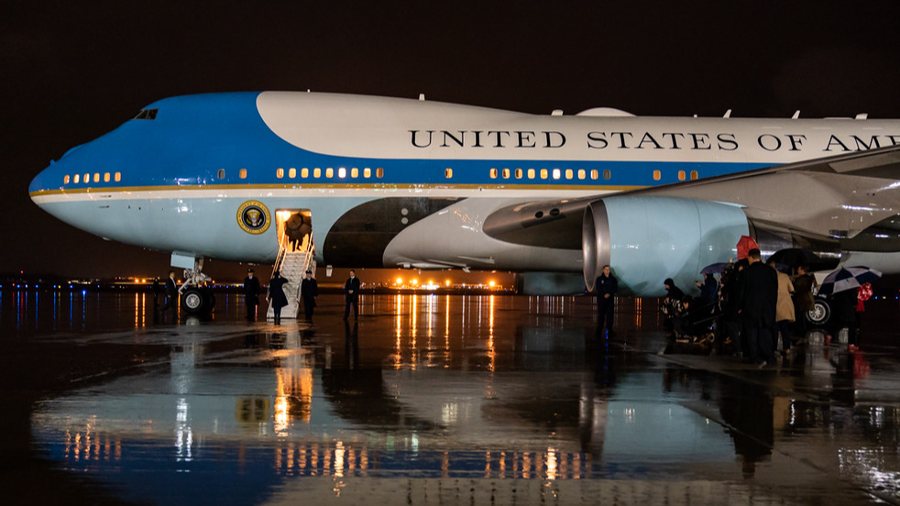 Criticism of “identity politics,” the idea that tribal loyalties supersede all else (including universal moral truths) is mostly (and rightly) leveled at the political and cultural Left, those who most often appeal to race, class, gender and sexuality rather than to arguments. Recently, the authors of an article in Aeon online magazine leveled the same critique at those on the political and cultural Right, specifically those who have embraced religion as an ethnic and political identity, rather than because they believe it to be true about God.

‘The Political is Personal’

The obvious cynicism about religion aside, there’s no question that more and more people now vote (and then announce their vote) more as an expression of their political identities, rather than after taking careful consideration of issues. Or, as Robert P. George recently noted, we tend to choose our policies based on our labels rather than the other way around.

This move to politics as identity is the fruit of a deeper cultural shift. A few decades ago, a group of left-leaning political activists announced that “the personal is political.” Today, the “political is personal” for too many, where we locate our purpose and value (not to mention the value of others) in our political loyalties.

A Shaky Reflection of Transcendent Truth

Something as imminent and pragmatic as politics should never be made transcendent. It simply cannot carry that weight. Human beings need something bigger and beyond to ground meaning, purpose, and value. For most of human history, faith in God, or at least something transcendent, provided that higher order for life. But, as religion, particularly Christianity, is pushed further to the fringe of society and further inward to the private corners for individuals, politics has moved into the vacuum left behind. It’s a poor imitation, and its loudly trumpeted focus on justice and identity is a shaky reflection of transcendent truth. Partisan leaders make lousy priests, and pet causes lousy doctrines.

As tempting as it might be to disavow politics altogether, we cannot. As citizens in a democracy, particularly in the United States, we live in a historical moment in which engagement is more complicated than for Christians in the past. After all, for most Christians in most political contexts throughout history, only so much could be done. In some, living out your faith in the public square could be reduced to, “Don’t get fed to the lions.”

Christians in America enjoy far more opportunities and face unique temptations. Even candidates who reject the tenets of Christianity often enlist Jesus for their cause. Or, as my colleague Timothy Padgett has put it, we may say that God is neither a Republican nor a Democrat, but we have trouble seeing Him voting any way other than how we do.

Thus, Christians in politics must, first and foremost, be clear about what we already believe. Most of our need for government after the Fall is to restrain our own worst impulses, but also entails enlisting in government those who are as fallen as we are. This means that until Eden’s curse is fully undone at Christ’s return, politics can only offer contingent goods. There’ll be no utopia in this world, and, as history attests, every attempt to create one ends in disaster. Even if our motives are pure and certain politicians and policies more evil than others, voting for any political party will mean making common cause with unsavory characters and flawed policies.

Life is More Than Politics

A final thing we must bear in mind is that some things about our Christian lives have not changed with the times. Our brothers and sisters in different eras or places might not have been able to voice their faith in the public square as much as we can, but that didn’t keep them from affecting that square in the way they lived, partly because they realized that life is more than politics and society is bigger than the state.

From first-century believers facing the hostility of the Roman state to the 20th-century Christians living under Communism’s terror to Christians living everywhere else between, the Church has found influence through “little platoons” of faithfulness in local communities and through the grand efforts of statesmen and heroes. Salvation won’t arrive on Air Force One, and a perfect world won’t come through the ballot box. But a better world is possible if all our actions, political and otherwise, flow downstream from our Christian convictions, and not the other way around.

Why Christians Should Be Brave and Run Into the Political Fire