Part Two of a Three Part series titled "Whatever Happened to Biblical Discernment?" 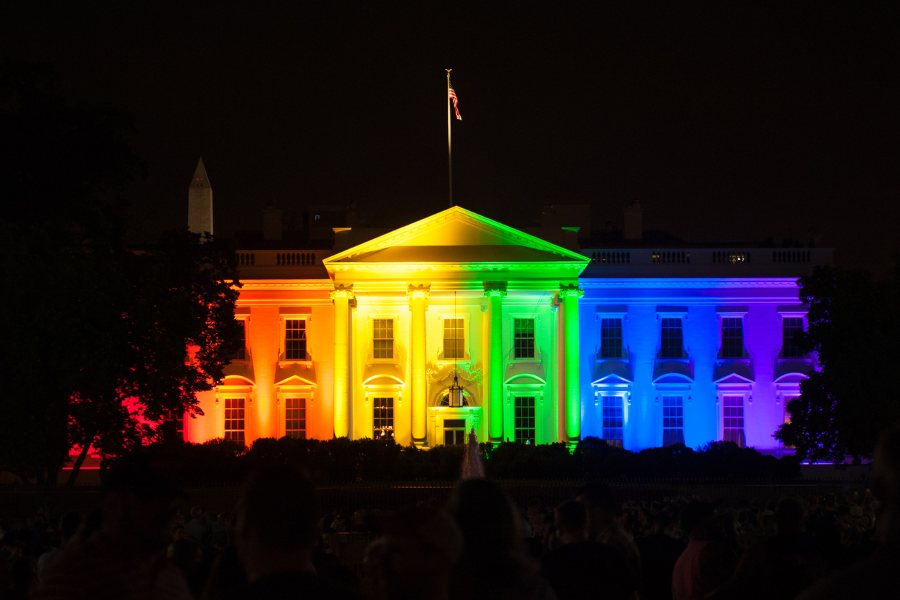 And admit that the waters around you have grown
Accept it soon, you’ll be drenched to the bone
If your time to you is worth savin’
Then you better start swimmin’, you could sink like a stone
For the times, they are a-changin’
— Bob Dylan

In this three-part posting on discernment, I began Tuesday looking at the need for biblical discernment. That seemed right, because “What saith the scripture?” (Romans 4:3) is one of the most important questions we can ask ourselves and each other, especially when hoping to discern truth from error, or right from wrong. If discernment isn’t biblically-based, it’s not the sort of discernment we need.

I also mentioned that the Hebrew and Greek terms translated “discern” in the Bible mean pretty much what you’d expect: “distinguish,” “differentiate,” “consider.” So let’s consider two other areas calling for discernment — the times, and our own hearts. We’ll look today at the challenge to properly assess the times and current trends, then respond in the most useful, God-honoring way.

O ye hypocrites, ye can discern the face of the sky; but can ye not discern the signs of the times? (Matthew 16:3)

Dylan’s song quoted above was directed towards people holding traditional views, encouraging them to abandon those views. Ironically, those same words today could be re-interpreted to awaken us to see how radical those traditional views have become. Those are the times we’re in.

The Times We’re In

If Jesus is relevant, then surely His body (Ephesians 5:30) representing Him as ambassadors (II Corinthians 5:20) while expressing His heart and mind (Ephesians 2:20) is also called to relevance. That means knowing the issues of the times, knowing God’s view of those issues, and expressing that view.

Certainly, there are plenty of issues in 2021 to respond to. Some are longstanding, like poverty or violence, both of which deserve continued attention. Others are more unique to the hour, trends that are both close to home and having some level of urgency about them.

America’s growing hostility to biblical morality is one of the most glaring. It’s not the only one, but few would deny it’s a prominent one. What makes this trend both unique and perplexing is that it’s not a general hostility to Christianity itself, but only to aspects of the faith having to do with gender and sexuality.

Plainly put, Christians aren’t feeling the heat to shut up about Jesus. Religious liberty is alive and well in America to a point, in that we can still preach the gospel. We can say salvation comes through Christ, God exists, the Bible is inspired, sin separates us from God, and there is a coming judgment. By and large, Christians expressing these truths aren’t losing their jobs, getting hauled to court, or being publicly castigated.

It’s the Bible’s teaching on sex and gender, marriage, and true justice that’s getting us into hot water. The Christian baker with a “Jesus Loves You” sign on his door gets a pass, unless he dares express, much less act on, that same Jesus’ words. (Matthew 19:4-6). You can say the same about the Christian television personality (ask Phil Robertson) or athlete (ask Manny Pacquiao.)

This makes for an unusual form of persecution, because traditionally we’ve associated persecution with believers suffering for the object of their faith (Jesus) rather than the practices their faith calls for.

Then again, there’s precedence for worldly antagonism against godly stances, not just faith in God Himself. Daniel wasn’t thrown into the lion’s den for his belief in God, but rather, for his refusal to bow to a lessor god. (Daniel 6) His friends didn’t face the fire because of general faith in a supreme being. It’s the “no” they said to Nebuchadnezzar that endangered them. (Daniel 3:8-18) And today, believers who’ve been sued, harassed, mocked, or fired, didn’t experience all of that because they said “Jesus is Lord.” But rather, because they applied His Lordship to faith and practice, suffering different levels of punishment as a result.

The Rocky Road Ahead

It takes little imagination to see where the trends are taking us. If Federal law insists that traditional views of marriage, family, and gender must make way for new views, and that states aren’t entitled to resist, and that all entities reliant on government support or entitlement must fall in line, then hard and harder times are ahead.

It takes little imagination to see where the trends are taking us.

Christian universities relying on government grants will have to decide whether to change their dorm policies and, indeed, their basic teaching on sex and marriage, or lose government funding. Some will no doubt decide sexuality is a secondary issue not worth losing funds over; others will stand firm.

Christian parents will decide whether to withdraw their children from public schools where restrooms and showers are shared by both sexes, or somehow equip their kids (don’t ask me how) to deal with policies the schools practice, and the parents abhor.

Believers running their own catering, florist, bakery, or photography businesses will choose between catering ceremonies or events they don’t believe in, or finding other fields to go into.

Plenty of us will simply shower at home rather than the gym, thank you, a minor inconvenience compared to the growing number of Christian counselors and ministry leaders who will face lawsuits for incorporating traditional values into their practices.

All because Scripture and conscience compel us to hold to the view that we are created male or female by our Creator’s design and intent, and that when coupling, His intent was for us to experience male to female union in both permanence and monogamy.

Why the Animosity, and from Whom?

Sometimes viewing an enemy’s tactics from his viewpoint helps explain what he does, and why. From that perspective, this all makes perfect sense to me.

If I hated God as Satan surely does, I would likewise hate what He loves. That would go double for what He not only loved, but created in His own image. So upon learning my enemy had created these creatures with exquisite design and function, and that He delighted in them with such everlasting love, I’d do all I could to ruin His design.

Killing them would be my preference, but if I was unable to annihilate what my enemy ordained, I’d at least mar it, confuse it, mess up its functioning in the most basic of ways.

Since the male-female distinctive and union are so primary to what He designed, obviously, I’d go after those.

Which He did, both deluding and empowering governments, ours included, to revise His definition of the first human relationship He ordained. Jesus said that relationship was meant to be permanent, monogamous, and heterosexual.

Permanence got chipped away at when we decided for lax divorce laws; monogamy’s been successfully eroded for decades. Now we see a terrible finality to the plan — the redefining of the sexual union, broadening the literal one-flesh union of male and female, and placing same-flesh unions of males and females together in the same category.

Then, with breathtaking speed, the debate has now turned from the definition of marriage to the definition of male or female itself. No longer does humanity accept the verdict of the Creator towards the Created, a verdict we once celebrated at birth by acknowledging “It’s a boy” or “It’s a girl.” Instead, we’ve usurped God’s own defining prerogative by saying “Regardless of what you were born, if you feel male, you’re male. If you feel female, you’re female. And let no one — no, not God Himself — tell you otherwise.”

Mission accomplished. Divine distinctives are now blurred, divine boundaries have been trampled, and divine authority has been systematically rejected. These are the times, which are both, as Dylan predicted “a-changing” and, tragically, already changed.

The News is Never All Bad

The easy way is to lament how awful everything is. The better way is to ask the obvious: What part would God have me play in all this?

After all, you and I aren’t living in the America of 2021 by accident. We’re here by foreordination, called to respond to the issues of our time redemptively. Two things come to mind when I consider this.

First, what are the opportunities afforded by the times? Please mull that over on your own, but one sure stands out to my thinking.

More than ever, we have a chance to disciple, teach, minister to, and even heal people who’ll come out of the very sins we’re lamenting, just as believers emerged from the excesses of the Hippie Movement and became the Jesus Movement.

So while we object to the immorality of the times, let’s not forget that Paul’s famous condemnation of such immorality ended on a triumphal note when he first condemned the practice of these sins, then noted many of his readers were people who once practiced them, then rejected them, accepted Him, and were now among members of His body. (I Corinthians 6:9-12)

Second, we need to ask where we fit into this scenario. Let the talking heads pontificate on the problem, but let’s you and I be part of the solution.

What are you gifted to do within today’s church? Where is your passion? What area of concern pulls your heart and makes you want to act, even if you’re not currently sure how or when?

God help you and I to discern the times in all their bleakness, but in all their promise as well. And may He then help us discern what exactly He’ll have us do, and where, and how, when we respond by saying “Here I am, Lord, send me.”