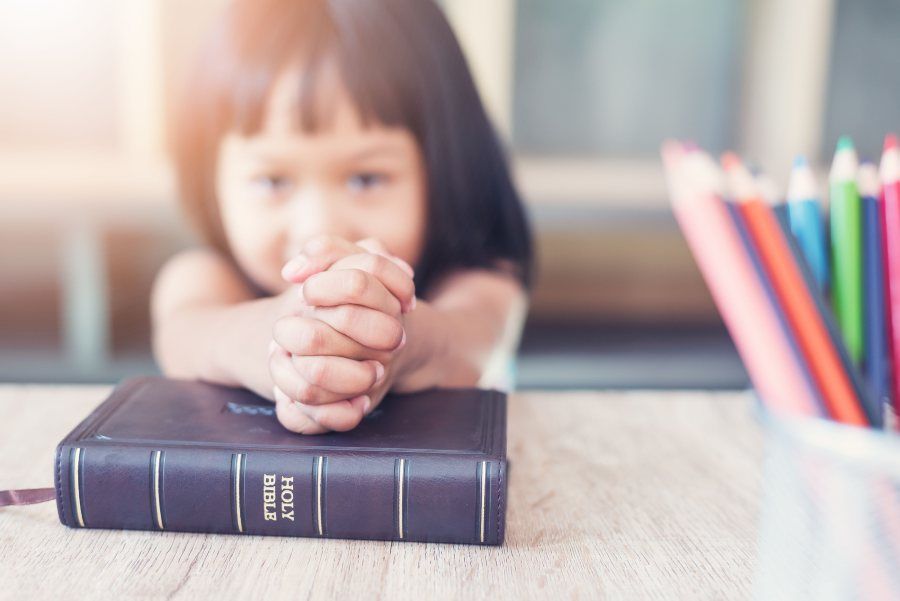 Anyone who thinks about the current civil war in America comes to realize that it is, in large measure, a war between the religious and the anti-religious. The Left has contempt for evangelical Protestants, traditional Catholics and Orthodox Jews for good reason: They represent everything the Left loathes; and while there are, of course, secular conservatives who fight the Left, the largest and most effective opposition comes from conservative Christians and Jews.

The differences begin in childhood. Most religious kids — especially those who attend traditional Christian and Jewish schools — are raised with different values than most secular kids.

Here are some examples:

I studied in yeshiva (Orthodox Jewish school, where half the day I studied Bible and other religious subjects in Hebrew, and half the day I studied secular subjects in English) from kindergarten to 12th grade. I learned early on that the biggest problem in Dennis Prager’s life was Dennis Prager. In nearly all secular schools and in liberal religious schools, kids learn that the biggest problem in their lives is American society — in fact, everything other than themselves.

Which do you think produces a more self-critical, more self-controlled and overall better human being?

Which do you think produces an angrier and less happy human being?

I have no doubt that most kids raised with the Bible and other Jewish or Christian works have more wisdom than almost any secular professor or other secular intellectual. Yes, there are secular individuals who have wisdom (the Judeo-Christian body of wisdom sometimes continues to have influence for a generation or two), but I cannot think of a single secular institution with wisdom. That is why the institutions with the least wisdom and that believe and teach the most nonsense are universities — they are, after all, the most secular institutions in our society.

“Wisdom begins,” both Psalms and Proverbs teach, “with fear of God.” In other words, no God, no wisdom. But there is another way of asserting how and where wisdom begins. Wisdom begins with acknowledging how flawed human nature is. Or, to put it as succinctly as possible, you cannot be wise if you think people are basically good. You can be a sweet, kind and well-intentioned person if you believe people are basically good, but you cannot be wise. Indeed, you are more likely to be a naive fool.

The belief that people are basically good, a belief that neither Judaism nor Christianity has ever held, is a major obstacle to making a good society. For one thing, parents who believe this will not discipline their children as much as they need to. They will assume, as three generations of American parents now have, that all a child needs is love. And for another, people who believe human nature is good are much less inclined to punish criminals because they will blame murder, theft, rape and other evils on economic circumstances, parents and society — on anything but the criminal’s failure to control his flawed nature.

Religious children celebrate holy days — the Sabbath each week and other holy days in their respective religious calendars. Regular times devoted to the Transcendent have a major impact on the development of a child. The secular child has secular holidays, but they mean little to most American young people. July Fourth is a day off with a barbecue. Meaningless Halloween has come to have more significance than meaningful Christmas. Presidents’ Day means nothing. And Thanksgiving is increasingly declared Indigenous Peoples’ Genocide Day.

Loneliness is a greater pandemic in the modern world than COVID-19, so much so that the U.K. now has a Minister of Loneliness to try to combat the problem.

This is, in large measure, another consequence of secularism. Religious Jewish and Christian (including Mormon) kids grow up with an abundance of friends and a whole religious community thanks to religious school and thanks to their synagogue or church. What is the communal secular equivalent of the church, synagogue and religious school? Other than sports (which, in any event, is available to only the handful of young people who play on a team), there isn’t any.

Religious Jewish and Christian children are taught the Ten Commandments, one of which is “Honor your father and mother.” It goes without saying that many secular children honor their parents, but they do so only if they want to. Religious children are told to honor parents whether they feel like it or not — which is important because very few children always feel like honoring their mother and father.

There is another pandemic in America — that of adult children who have decided never to talk to one or both of their parents. I would wager a serious sum of money that few of those adult children are religious Jews or Christians.

There’s a lot more that distinguishes religious and secular upbringings. But one stands out: Religious kids are generally happier.

Is one upbringing better than the other? You decide.