Did Jesus Teach the Separation of Faith and Politics? No! 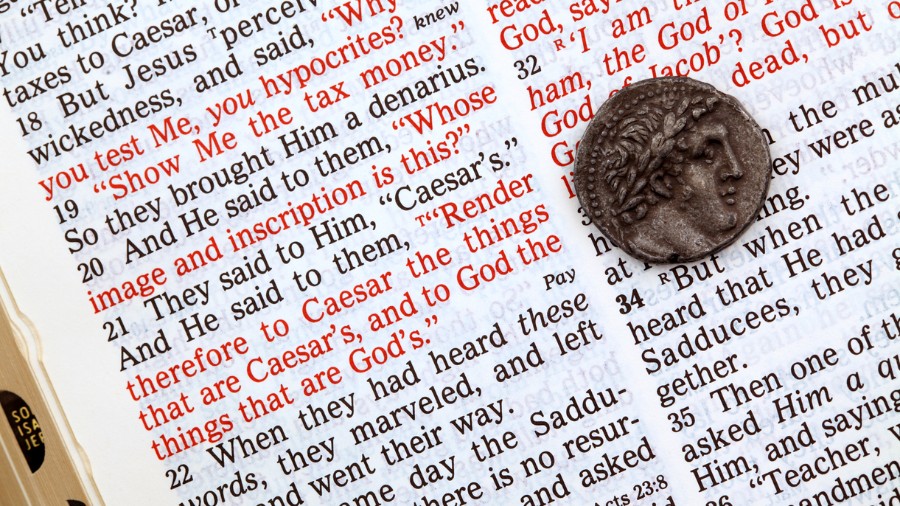 The point seems clear: The government and church are distinct domains with their own spheres of authority. Since we are citizens of an earthly state, we ought to pay taxes to the government. Our duties as citizens of Heaven lie elsewhere, right? Shouldn’t faith and politics be kept separate?

The Political Teachings of Jesus

Such a conclusion misses the subtle political implications of what Jesus says.

In his excellent book Politics for Christians, Frank Beckwith explains:

He [Jesus] first asks whose image is on the coin. The answer, of course, is Caesar’s. But an unsaid question begs an answer: What (or who) has the image of God on it? That is, if the coin represents the authority of Caesar because it has his image on it, then we, human beings, are under the authority of God because we have his image on us (p. 64).

Citizens of Earth and Heaven

And this can only be accomplished by incorporating certain theological principles such as human sinfulness, equality, human value and the importance of the natural family for flourishing. Since these principles are objectively true, government policies will only be effective if they are reflective of them.

Yet let me make myself very clear: This does not mean Jesus came to set up a theocracy. He didn’t. He established a church. “Christian state” is an oxymoron.

It is a mistake for Christians to place their hope in government. And it is also a mistake to discard the responsibility Christians have to positively influence the political realm. Jesus did not teach that faith and politics should be kept entirely separate. They shouldn’t. Since God is ruler over everything, our faith must inform our political beliefs and actions.

The crucial question is not if faith should inform politics, but how.

Sean McDowell, Ph.D., is a professor of Christian Apologetics at Biola University, the National Spokesman for Summit Ministries, a best-selling author, popular speaker and part-time high school teacher. Follow him on Twitter: @sean_mcdowell and his blog: seanmcdowell.org.