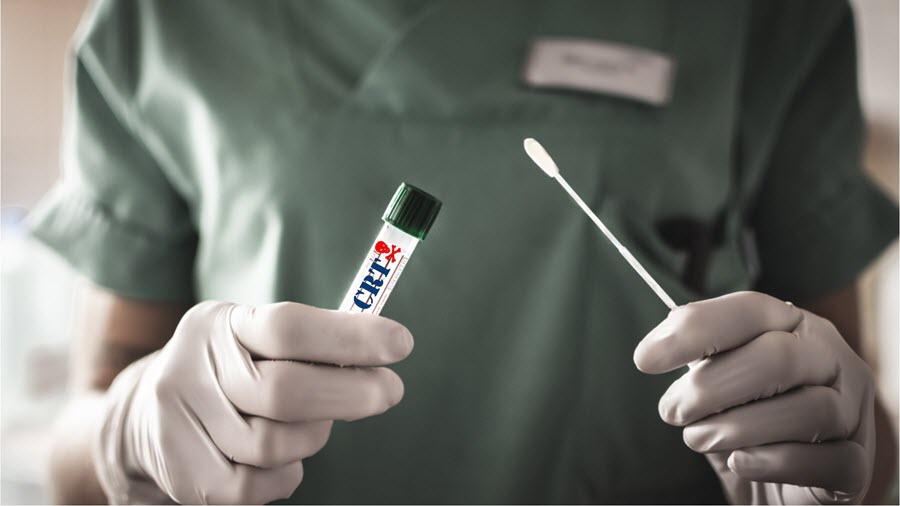 If there was any American institution we thought we could safely assume was based on merit, it has always been the profession of medicine. We like to think that this is the most challenging learning environment possible — that when we go in for, say, open heart surgery, our surgical team, attendants, and technicians are the ones at the top of their game. They might be male, female, young-ish, old-ish, any race or nationality, but they are assumed to be where they are because they are the very best at what they do and completely focused on the task at hand. The practice of medicine. Right? Because often the situation is life or death.

No More Meritocracy in the Practice of Medicine

Well, according to the American Medical Association, the idea that the practice of medicine is or should be a meritocracy is outdated and racist. Diagnosis: The AMA has a bad case of CRT. Condition: Critical.

“The commonly held narrative of meritocracy is the idea that people are successful purely because of their individual effort,” the AMA says in a new report. “Medical education has largely been based on such flawed meritocratic ideals, and it will take intentional focus and effort to recognize, review, and revise this deeply flawed interpretation.”

Please tell me this was written by someone who had just had a brain aneurism and that it will be corrected.

The AMA is “Fully Committed” to CRT

What the AMA recommends now, they say, is for medical schools to incorporate Critical Race Theory into their teaching. In other words, introduce a focus on who is the oppressor and who is the oppressed, because that’s what CRT is all about. “Expand medical school and physician education to include equity, anti-racism, structural competence, public health and social sciences, critical race theory and historical basis of disease,” the document reads.

AMA President Gerald Harmon issued a statement accompanying this report, saying that he is “fully committed to this cause” and telling the medical community that “We believe that by leveraging the power of our membership, our influence and our reach, we can help bring real and lasting change to medicine.”

Imagine the irony: being treated by a doctor who can’t even say that all lives matter.

Indeed, even though the AMA doesn’t directly run America’s health care system — and thank God for that — it does wield tremendous influence over the medical schools and teaching hospitals that train our medical professionals. And it has decided that the traditional meritocracy “ignores the inequitably distributed social, structural, and political resources.”

The worst thing we used to have to worry about with our medical professionals was that they cheated their way through school. On the bright side, if medical school is no longer a meritocracy, the less gifted and/or dedicated students will no longer have to cheat; they’ll just sail through, anyway. You know, in the name of “justice” and “equity.”

The “Road Map” to Replace “Equality” With “Equity”

All this is part of an 86-page strategic plan that the AMA released on May 11. As The Epoch Times tells us in a premium report, this is a three-year “road map” detailing how the organization will use its influence to dismantle “structural and institutional racism” and advance “social and racial justice” in America’s health care system.

The report explains why the concept of “equality” must be replaced with “equity”: “Equality as a process means providing the same amounts and types of resources across populations. Seeking to treat everyone the ‘same’ ignores the historical legacy of disinvestment and deprivation through historical policy and practice of marginalizing and minoritizing communities.”

If you feel your blood pressure going up as you read this, I apologize.

On the American Medical Association website, you can read about the report, which is loaded with all the usual CRT jargon and entitled “The AMA’s strategic plan to embed racial justice and advance health equity.” And, oh, yes, it touches on politics, too. Here’s a downloadable pdf, where I encourage you to read at least the “Preamble,” designed to familiarize the novice with the concept of CRT and also with the jargon characteristic of all CRT texts and conversations. They call this the “parlance”:

As with other scholarly domains, the field of equity has developed a parlance which conveys both authenticity, precision and meaning. Just as the general parlance of a business document varies from that of a physics document, so too is the case for an equity document…One example is the use of the invocation-like recognition of “land and labor acknowledgement”…It is common that discussions in the field of equity begin with the recognition that our current state was built on the land and labors of others in ways that violated the fundamental principles of equity.

Ah, so they have an “invocation” (?) that precedes their “scholarly” discussions. That doesn’t sound very scholarly to me — more like the prayer that precedes the sermon. I’m wondering if perhaps the most gifted and promising surgeon in the whole medical program drops out because he’d rather be listening to a lecture on thoracic surgery than trying to sit through hours of CRT sermonizing.

This plan, the AMA says, has been in the works since June of 2018, with guidelines from the “Health Equity Task Force.”

Certainly it’s important for doctors-in-training to be aware of past injustices and inequities in the health care system and to provide the best level of care possible for every patient. “Ensuring optimal health for all” is a laudable and necessary goal. That said, there is so much word-salad in just this single report that one thing is clear: a medical student could spend a year of his or her precious studies just getting indoctrinated in CRT-speak. That seems to be the new focus.

More to the point, it is not the job of the medical profession to “play a more prominent role in the current national reckoning [‘current national reckoning’?] on equity and justice.” But this is what the AMA says they must do, “both by using existing assets — relationships, training platforms, programs, advocacy, communication, and marketing infrastructure — and creating new assets as levers for change.”

Doctors no longer are supposed to just do their very best to treat the sick regardless of the race, ethnicity, gender, socioeconomic background, etc., of their patient. Why, that would be racist. According to the AMA, they’re supposed to “confront inequities and dismantle white supremacy, racism, and other forms of exclusion and structured oppression, as well as embed social justice and advance equity within and across all forms of health systems.”

A Conversation in One Direction

They also say they want to have “explicit conversations” about these issues. What I’ve noticed about CRT, though, is that the “conversations” all have to be in one direction, with only one opinion, expressed in a certain way, with certain words. Woe to the gifted surgical resident who expresses any frustration with any of this or challenges or disagrees in any way. I have a feeling he’ll end up cleaning bedpans while some less-talented but intersectional student who checks all the right boxes and uses all the right jargon will head the surgical team. In the name of equity.

I feel a little sick. But it’s the American Medical Association that’s in need of intensive care, or it won’t survive the toxic infection of CRT. Imagine the irony: being treated by a doctor who can’t even say that all lives matter.