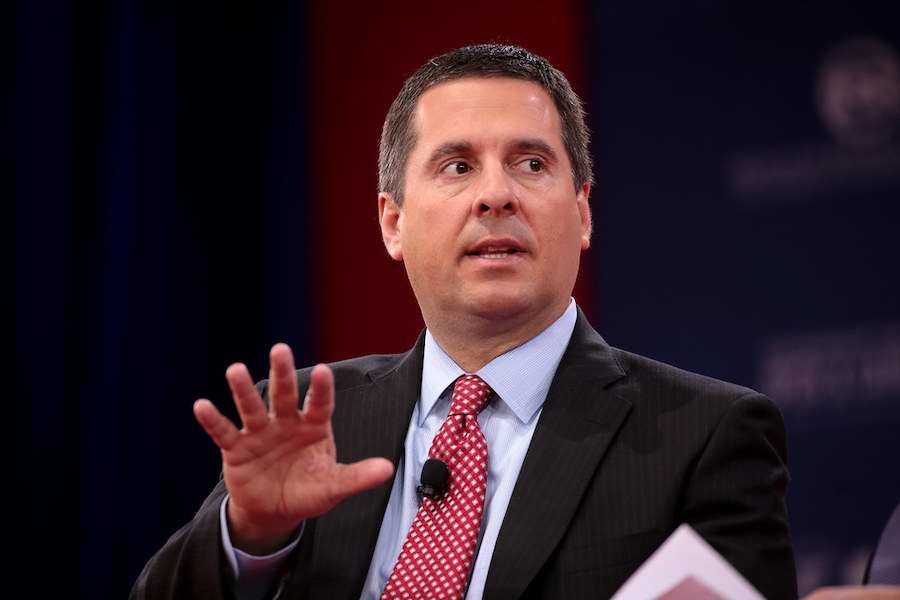 Rep. Devin Nunes filed a federal lawsuit Wednesday against opposition research firm Fusion GPS and the Campaign for Accountability, accusing the two of smearing him over his investigation into Fusion GPS’s and the Steele dossier.

The complaint, which the California Republican filed in federal court in Virginia, alleges that Fusion GPS and Campaign for Accountability (CfA) worked on a “joint and systematic effort to intimidate, harass, threaten, influence, interfere with, impede, and ultimately to derail” Nunes’ investigation of the dossier, which he directed as chairman of the House Permanent Select Committee on Intelligence (HPSCI).

In the lawsuit, Nunes draws a link between CfA payments to Fusion GPS and a string of ethics complaints that the watchdog group filed against him last year.

Daniel Stevens, the executive director of CfA, denied in a statement to the DCNF that the payment was for information about Nunes.

But Nunes, who is seeking $9.9 million in damages, dismisses Stevens’ denial, saying in the lawsuit that the ethics complaints were “fraudulent and retaliatory,” and intended to protect Fusion GPS and its co-founder, Glenn Simpson.

He alleges that Fusion GPS and Simpson “harbored spite and ill-will” towards him for exposing details of Fusion’s dossier-related work.

In October 2017, HPSCI subpoenaed Fusion GPS’s bank records, leading to the revelation that the law firm for the Clinton campaign and DNC-funded the Steele dossier. The firm, Perkins Coie, paid Fusion GPS more than $1 million in 2016. Fusion paid Christopher Steele, a former MI6 officer, nearly $170,000 to work on what would become known as the dossier.

The dossier has come under intense scrutiny because the FBI relied heavily on the document to obtain surveillance warrants against former Trump aide Carter Page. The special counsel’s report all but debunked Steele’s key claim that the Trump campaign conspired with Russia to influence the 2016 election.

Nunes contends that Fusion GPS and Simpson have also retaliated against him for fear that the Republican would submit criminal referrals against Simpson over testimony he gave HPSCI and the Senate Judiciary Committee in 2017.

Nunes accuses Simpson of lying in his HPSCI testimony on Nov. 14, 2017 when he said that he had contact with the Justice Department and FBI regarding the dossier only after the 2016 election. Bruce Ohr, a Justice Department official whose wife was a contractor at Fusion GPS, testified on Aug. 28, 2018 that he and Simpson met in Washington, D.C., on Aug. 22, 2016.

Nunes also claims that Simpson lied during his Senate testimony on Aug. 22, 2017 when he denied having a client for Trump-related work after the 2016 election. A non-profit group called The Democracy Integrity Project hired Fusion GPS and Steele’s London-based firm in 2017.

“Fearing a criminal referral for his false statements to the FBI and DOJ, for lying to Congress and the Senate, and for obstructing the House Intelligence Committee in its Russia investigation, the Defendants directly and aggressively retaliated against Plaintiff, employing the same or similar means and methods as Fusion GPS and Simpson have employed multiple times in the past to smear the opposition,” the complaint says.

Nunes has filed four lawsuits this year. He has sued Twitter, McClatchy, political consultant Liz Mair, among others.