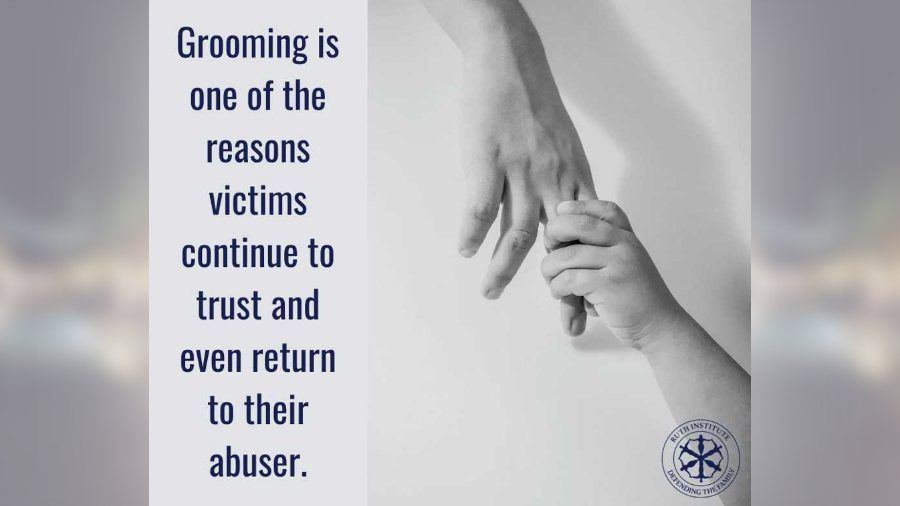 The latest Dr. J Show guest is Doug Kasten, who spent ten years as a detective investigating crimes against children. Learn from him how to be aware of potential predation of your children and the danger signs of a child in distress. Find out which occupations are chosen by adults precisely so they can get to kids.

One of the insights Doug gleaned from his work is that child abuse is part of the fall out of easy “no fault” divorce. He explains how pedophiles brag that they can get to any kid; it’s the parents they can’t get through. But if they’re in a cohabiting relationship with a vulnerable trusting mother, access to her children becomes easy.

Also, find out what is proven to be the best prevention of child abuse, and yet isn’t talked about. Watch it here.

Author and abuse survivor Faith Hakesley spoke recently on Ladies of Another View on BEK TV. She shared her tragic story of abuse at the hands of a newly ordained priest, the pain and suffering she experienced, and the effects it had on her relationships with family and friends. Faith also described how the tragic early death of her brother led to her finally telling her parents the truth.

Perhaps the most important part of this interview is the advice Faith offers to those who have been abused and to those who are helping abuse victims. Listen to her interview here.

Also, Faith is the author of the blog, “Ask a Survivor.” Read her latest post on how to recognize the signs of grooming.

It’s Easy to be Pro-Trans When You’re Not the One Affected by It.

At the Ruth Institute’s Summit for Survivors of the Sexual Revolution, Denise Shick shared her painful journey of growing up with a trans father. This experience led her to question her own identity, to be abused, to numb the pain with alcohol as a child, and to seriously contemplate suicide.

Denise, now the author of several books for kids and adults on trans issues, and the executive director of Help 4 Families Ministry, cuts holes in the transgender dogma of embracing others’ choices. “What about the children who are left behind, who now experience being bullied in school because they are not promoting or do not embrace their father as being a woman? Culture tells us we need to support our loved one, and if we don’t, we are toxic to them.”

Having experienced the trauma of what a loved one is going through and how it deeply affects those around her, Denise offers hope for those going through what she did. “Days of peace, joy and laughter will come again. Don’t give up.”

The recent recall of three left-wing school board members demonstrates that parents, even in heavily Democratic San Francisco, are fed up with wokeness.

Voters backed the school board recalls by at least 70% of the vote. Even the city’s liberal mayor supported the effort.

Ruth Institute President Dr. Jennifer Roback Morse Ph.D., said: “You have to be deaf not to hear the rumblings of a volcanic eruption. Parents are reclaiming control of their children’s education and not a moment too soon.” She continued:

It’s hard to say what motivated voters more: arbitrary school shut-downs, sexual indoctrination, or renaming schools that honor presidents. Whatever their reasons, parents in this very liberal city rejected the notion that schools can do whatever they wanted to their children.

What happened in San Francisco is part of a growing pattern. In Virginia, parents objecting to public school indoctrination probably decided the governor’s race.

“Former governor Terry McAuliffe had a comfortable lead over his opponent, Glenn Youngkin. Then, in a debate, McAuliffe stated: ‘I don’t think parents should be telling schools what they should teach.’ It was the equivalent of committing suicide on live television.”

“Further, in Loudoun County, VA, parents were up-in-arms over the district’s transgendered policies after a male student dressed in a skirt raped a female student in the women’s restroom.”

In the end, Youngkin, who supported parental rights, won the election in the upset victory of the year.

“You’d think that would have been a wake-up call for public school officials,” Morse said. “Instead, their arrogance is apparently boundless. Rather than listen to parents’ complaints, they resort to name-calling, like ‘white supremacist’ and ‘transphobic.’ In San Francisco, one of the ousted school board members actually accused Asian parents of promoting white supremacy.

“The Ruth Institute has said, time and again, parents are the primary educators of their children. Teachers and bureaucrats can’t shove dogma down students’ throats and not suffer the consequences. Parents are outraged and mobilizing across the country, determined to assert their right to control their children’s education.

“The revolution has just begun.”

“’Progressives’ say the U.S. shouldn’t force its values on developing nations,” said Ruth Institute President Dr. Jennifer Roback Morse, Ph.D., “but now the Biden Administration is trying to force other nations to change their abortion laws and to accommodate homosexuality.”

Catholic Bishop Victor Masalles of the Dominican Republic says legislators have been told they’ll face diplomatic sanctions, including loss of visas, if they don’t change their nation’s pro-life laws. The Dominican Republic is nearly 70% Christian, of whom two-thirds are Roman Catholic.

“The Biden Administration’s policy flies in the face of U.S. law,” Morse said. “The Siljander Amendment to the State Department Appropriations Act, passed in 1981 and renewed every year since, prohibits the Department from funding groups that lobby either for or against foreign abortion laws.

“But the State Department is lobbying Dominican lawmakers to make abortion more available, and threatening sanctions for non-compliance, as well as aggressively promoting the gay agenda,” she added.

In a February 4, 2021, letter, the Biden White House ordered retribution against foreign governments that fail to “protect LGBTQI+ persons” from what it calls discrimination.

“This is the Sexual State at work. The Biden Administration is the enforcement arm of the Sexual Revolution. Whatever Planned Parenthood and the Gay Lobby want, the White House wants. Substantial majorities of the American people object. I bet the people of the Dominican Republic object too.

“Where are the calls for non-interference and ‘neutrality’ when Washington tries to force foreign governments to promote abortion and further the gay agenda?” Morse asked.

“Congress must move to stop the State Department from acting as an adjunct of the International Planned Parenthood Federation and the presumptuously mistitled ‘Human Rights Campaign.’ This hypocrisy needs to end.”