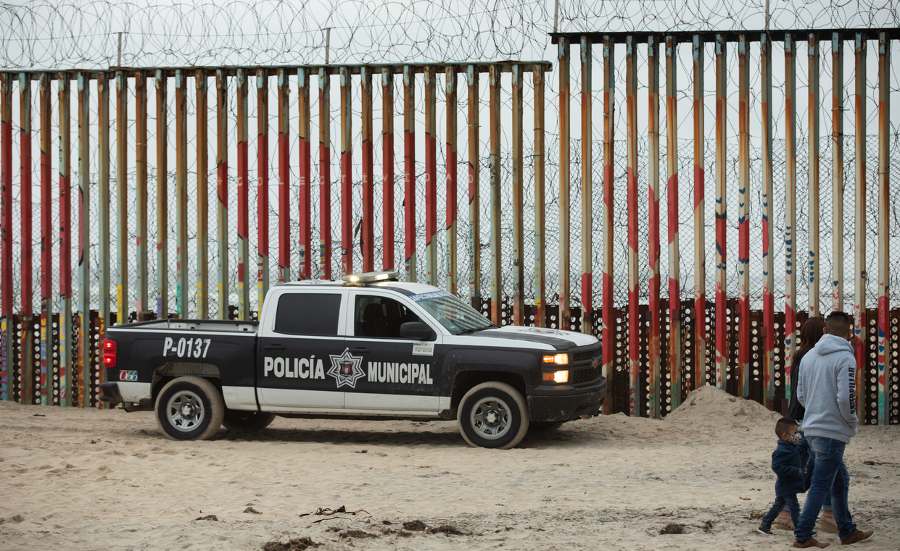 Customs and Border Protection encountered 212,672 individuals on the southern border in July, the highest number in 21 years and the second-highest number ever recorded.

Of those, 18,962 were unaccompanied minors, which is another record.

These increases are striking because this is usually a slow time of year due to the intense summer heat. Yet, these numbers are expected to remain elevated.

The unprecedented crossing numbers have overwhelmed the Department of Homeland Security, local law enforcement, and communities along the border. Amid the chaos, illegal smuggling and trafficking flourishes, spurred by the Biden administration’s failing border policies that have incentivized unaccompanied children to cross the border.

Human trafficking, particularly along the southern border, has increasingly become a national security matter as it bankrolls transnational criminal and extremist groups. While trafficking exists in all 50 states, migrants who cross the southern border are particularly vulnerable to the criminal traffickers and smugglers who take advantage of their desire to come to the United States.

Women and children are especially vulnerable to exploitation by traffickers and may fall prey to debt bondage or are induced by force, fraud, or coercion. Child sexual exploitation, a particularly heinous crime, is fueled by free and widely available technologies and platforms that allow the proliferation of sexual abuse materials like pornographic images and videos of children in sexual acts.

Now with these unprecedented numbers of unaccompanied minors illegally crossing the border and a media unwilling to question whether these minors are being cared for properly, these precious children are left in the hands of unscrupulous and perhaps criminally minded adults.

The U.S. is number two in the world for hosting child sex abuse URLs. In 2020, there were more than 21.7 million reports of suspected child sexual abuse, the highest number ever received in one year, according to the National Center for Missing and Exploited Children.

Tech companies reported more than 45 million online photos and videos of children being sexually abused — double from the previous year. There is something seriously wrong when such pornographic content goes largely unchecked, while at the same time sophisticated algorithms are aggressively deployed to ban conservatives from the internet, bank accounts, and air travel, all for holding political beliefs which, unlike child exploitation, hurt no one.

Many trafficking victims come from the southern border. The Biden administration has stopped turning away unaccompanied children, unlike adults who can be turned away under the Centers for Disease Control and Prevention’s Title 42.

Title 42 allows the government to prohibit entry to migrants during the COVID-19 pandemic. This has resulted in unprecedented numbers of unaccompanied minors crossing the southern border alone, without an adult relative, which increases their vulnerability to exploitation and abuse.

What’s worse, once in Customs and Border Protection’s custody, the government fails to adequately care for these children. Facilities were already crowded, and staff was overwhelmed prior to the recent surge.

Staff from the Department of Health and Human Services was hard pressed to perform the proper checks to ensure children were safely placed with guardians or sponsors who passed even the most basic background screening.

What Happens to Those Unaccompanied Minors?

Now with these unprecedented numbers of unaccompanied minors illegally crossing the border and a media unwilling to question whether these minors are being cared for properly, these precious children are left in the hands of unscrupulous and perhaps criminally minded adults.

Sadly, such exploitation is not unheard of in these situations. A U.S. Senate investigation found that in 2014, some children who were sponsored by distant relatives ended up being forced to work in oppressive conditions on an Ohio farm.

Another such instance occurred in 2018, when the Department of Health and Human Services awarded grants to house unaccompanied minors in facilities investigated by the City of Philadelphia for child abuse.

Serious deficiencies in this process are exacerbated when the system is stressed, and we have never seen it more stressed than it currently is.

We must demand that the Biden administration stop these policies that incentivize children to take this dangerous journey and ensure that these children are not falling into the hands of predators and victimizers.

Evelyn Lim is the director of policy and research at the American Cornerstone Institute and a Terry J. Stevinson fellow at the Common Sense Institute. Article originally published at dailysignal.com.