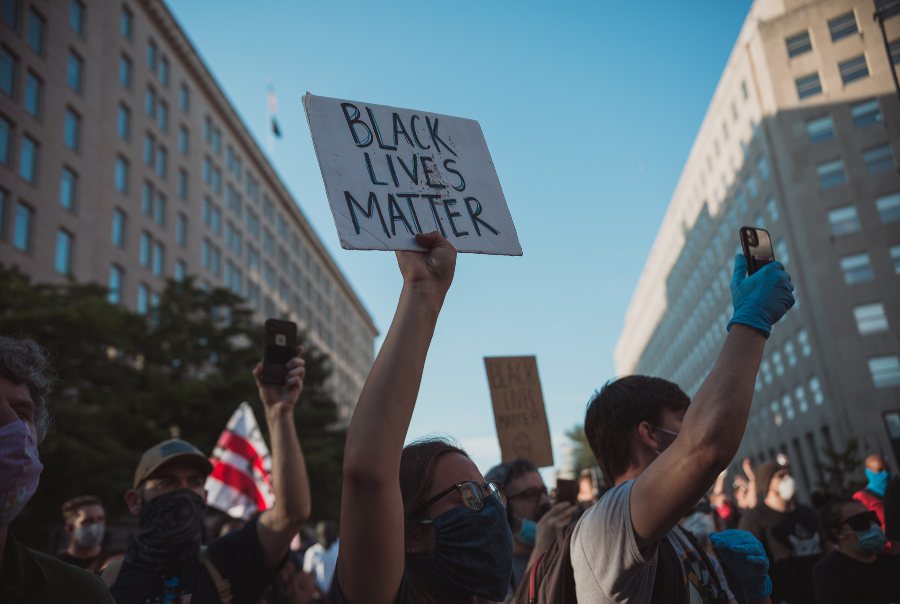 Black Lives Matter is promoting the narrative that Ma’Khia Bryant was an innocent young black girl thoughtlessly shot down by a racist Columbus cop, but mounting evidence indicates otherwise.

The Narrative Isn’t Going Over That Well

Despite the media support (and social media censorship) that might convince you that everyone agrees with BLM’s claims of “racist cops mowing down innocent black people everywhere,” there are indications that it’s not going over that well, even in the black community. A new CBS News/YouGov poll found that 70% of black Americans believe their local police are doing a good job. That includes 17% who say they’re doing a “very good” job.

Overall support for local police is a lopsided 79-21%. So how did condemning the police become the only opinion that anyone’s allowed to express in public?

Hispanics support their local police by 77-22%, whites by 82-18%, and overall support for local police is a lopsided 79-21%. So how did condemning the police become the only opinion that anyone’s allowed to express in public? Not only is the tail wagging the dog, but it’s a stub tail.

Even far-left Minnesota Attorney General Keith Ellison admitted on 60 Minutes that the Derek Chauvin verdict was based on bad policing, and that Chauvin wasn’t also charged with a hate crime because there was no evidence that he acted the way he did because of George Floyd’s race.

The Blowback Is Out There

Meanwhile, LeBron James’ now-deleted tweet targeting that Columbus cop (“You’re next”) continues to draw blowback. For instance, he gave a snarky response on Twitter to news that an Ohio bar has banned NBA games on their TV until he’s expelled from the league, which prompted this great mic-drop response from a police officer.

And Idaho cop Nate Silvester went viral with a brutally hilarious video in which he acted out how police critics like James expect cops to deal with violent suspects. This is today’s must-see video.

This is what you might see on Saturday Night Live if it were still in the topical comedy business instead of the leftist propaganda business.

A Challenge to Consider

I have a suggestion for all the blue city mayors and council members, all the anti-cop activists and all the armchair police reform experts on Twitter. I’ll listen to your ideas on how cops can peacefully negotiate with dangerous, violent criminals who might be fired up on drugs, without ever using a weapon or physical force, but only after you do this:

Spend one week doing a ride-along in a patrol car in the most dangerous, crime and gang-plagued part of your city. Every time it’s necessary to walk up to a darkened car and tap on the window, or knock on a knife-scarred door in a gang-graffiti-covered apartment building, or break up a fight, you get to be the one who handles it. You can explain to the suspect that you are unarmed and have no intention of using force, but you would really appreciate it if he/she would peacefully put down that weapon and/or crack pipe and come along voluntarily.

If you’re still alive at the end of the week, then I’ll listen to your ideas on police reform. Although by then, I strongly suspect that they will be very different from the ideas you held before you did this. I suspect you will be like the great comedian Richard Pryor, who once said that he used to think it was terrible that we put people in prisons. Then he shot a movie in an actual prison and spent time talking to the convicts. He said, “Now my attitude is, ‘Thank GOD we have prisons!’”