Despite Pressure, Many Hispanics Remain Pro-Life 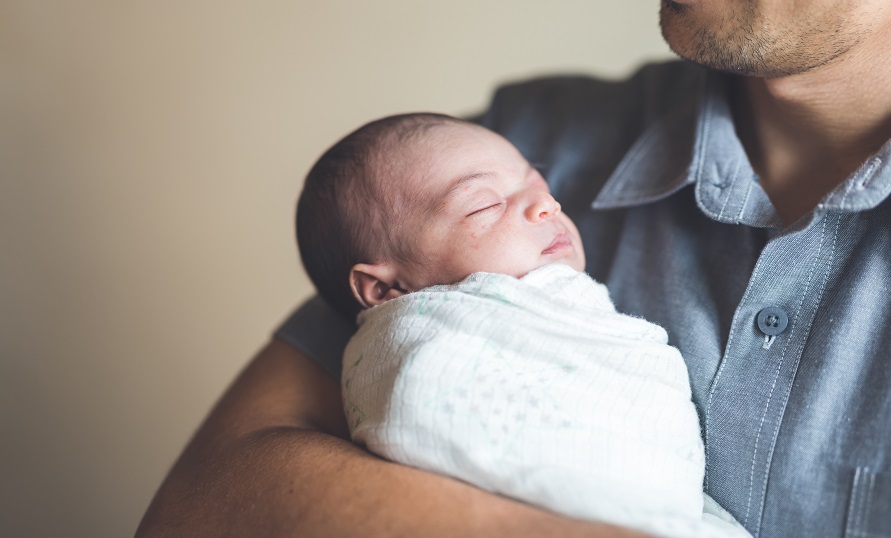 Hispanics and pro-life advocacy go together naturally, in no small part because of Hispanics’ Christian faith.

Studies have shown that most Hispanics are religiously observant, with about 83% of them affirming a religious affiliation. More important than statistics, however, and more indicative of their views on the issue of abortion, is the emotion with which they explain their culture and views on life.

Pilar Sanchez, 46, a resident of Elizabeth, New Jersey, responded with a finger pointed up at the ceiling. “Firstly, it is an offense to God,” she said.

She has lived in the United States for less than 10 years, in a city where 61% of the population speaks Spanish. She perceives the pro-choice culture a greater threat here than it was back in her native country of Colombia.

“I’m sure things have changed on the political [front] since we left [Colombia]. [Abortion is] legal now there, too, but inside the home, things will always be the same. Our families always taught us about what it means to be a family. It means children come first,” Sanchez said.

“I don’t think Latino families will stop teaching their children to value the family, just because legislation is passed to permit something that is intuitively wrong,” she added.

Sanchez views it as her duty to raise her children with her Christian values, no matter what they are taught outside of the home.

Polls show that Hispanic public opinion on abortion is almost evenly split, but Sanchez said that polls and legislation do not reflect the views of most people like her who aren’t politically active, since they have heavy work schedules, yet are no less resolute in their convictions.

Sanchez smiled while stating her view on abortion directly but kindly. “Definitively and completely against it,” she said.

“It is something that I talk about with my children, always telling them never to abort or support abortion,” she said.

Sanchez said that her church discusses the issue during its weekly Masses, and her parish priests have made the subject a part of their homilies. “I attended a women’s forum, in fact, that talked about this very topic,” she said.

In March, Sanchez recalled, she attended a bilingual women’s conference at Seton Hall University in South Orange, New Jersey, promoted by the Archdiocese of Newark.

She recalled seeing various pro-life displays and tables at the event, at which one of the speakers was Lucia Baez Luzondo, co-founder and executive director of Renovacion Familiar, or Family Renewal Ministries, and director of mediation, public policy, and Catholic multicultural ministries at Live the Life Ministries.

“For decades, Hispanics have been targeted by agenda-driven, pro-abortion establishments, media, and lobbyists. This is not surprising, as the contraception and abortion industry, with its eugenics, anti-faith, and anti-family agenda, focuses on vulnerable and easily influenceable minorities as its main prey and a principal source of income,” Baez Luzondo said.

“Sadly, most of the main U.S. Hispanic television stations and other Hispanic media outlets are megaphones, who echo liberal and ‘progressive’ politicians, to misinform and indoctrinate Hispanics in favor of contraception and abortion, thus dehumanizing them and their offspring, many of whom don’t get the opportunity to be born and contribute to their communities and American society,” Baez Luzondo said.

Sanchez would presumably agree with that statement, especially since she, too, mentioned the importance of inculcating pro-life values to her children despite the outside influences of the media.

“The problem is that New Jersey is a liberal state,” said Sanchez’s son, Santiago, 17. “It is assumed that you have to be in favor of abortion, and when you talk about it with your friends, it’s not a fair conversation.”

He explained that it’s difficult to express dissenting opinions on the topic. “We don’t talk about abortion in health class or in school, so most of the views we hear about it are through social media. Then, when friends talk about it, it’s always the same point of view.”

His sister, Alejandra, 14, had a similar experience. “We don’t really talk about that in school, either. We just watch movies in health class,” she said.

While there’s a worry that younger generations might deviate in political and religious views from their parents, there is strong evidence that Hispanic youths, no matter the political affiliation, will sustain their pro-life support, in large measure due to the strong moral teachings of mothers like Sanchez on her children, the ministry work of women like Baez Luzondo, and the efforts of churches across the country.

“Nevertheless, thanks to the effort of Christian churches, especially the Catholic Church, and conservative entities and think tanks, and their effective outreach, they are reaching the minds and hearts of many Hispanics,” Baez Luzondo said, optimistically focusing on what’s yet to come.

“I believe that the Hispanic pro-life culture in the United States is beginning to hit critical mass, and more and more Hispanics are seeing past the smoke screen of lies promoted by the pro-abortionists, and are defending and supporting the sanctity and dignity of human life from the time of conception to natural death,” she said.

Nayeli Riano is a contributor to The Daily Signal.