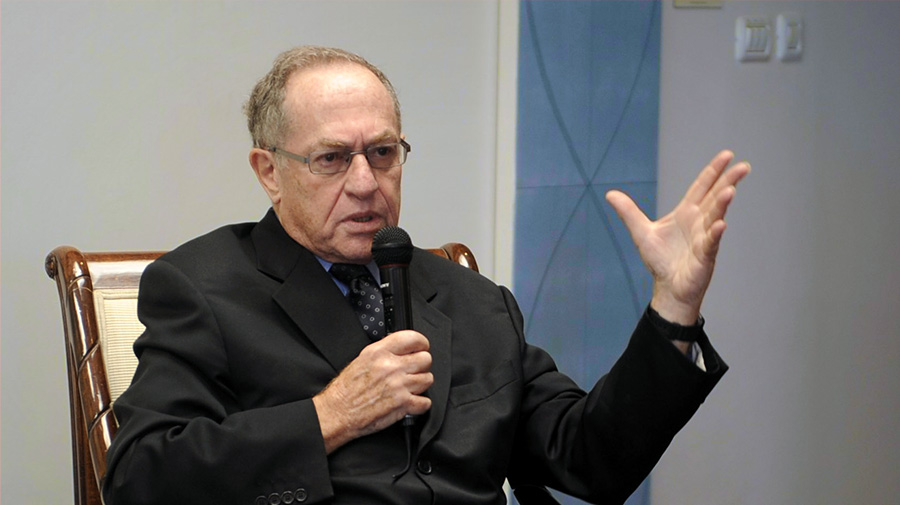 We interrupt this commentary on censorship as discussed by legal expert Alan Dershowitz to offer the following words of gratitude and praise to Almighty Facebook:

Thank you, THANK YOU, O benevolent, magnificent and powerful Facebook, the arbiter of truth and blocker of misinformation for every American — and, indeed, the entire planet — for finally allowing us to express an opinion at odds with the one viewpoint you have permitted about the origin of the COVID-19 virus. We understand why, in your deep concern for our well-being, you spent the past year boldly and tenaciously censoring our slightest question about the “wet market” theory of origin for COVID-19. It must have been quite important to make us believe that it entered the first human being quite innocently from a bowl of fresh and tasty bat soup or pangolin pie.

Why, you even dictated, in the interest of accuracy and anti-racism, that we CALL it COVID-19, and not something outrageous like “China virus” or “Wuhan virus,” even though it came from Wuhan, China. Thank you so much for your wisdom and your guidance, as we realize that sometimes we need to be told what to think and otherwise kept in line.

“The Truth” is whatever Facebook decides it will be, on any given day. Have mercy on us, O Great and Powerful Facebook.

Dear FB — may we call you FB? — we thank you for graciously informing us these many months that stories about the virus possibly emerging from the Wuhan lab were “misinformation,” nothing more than right-wing conspiracy theory and propaganda, and not worthy of your great and magnificent social media platform. Your diligent and tireless fact-checkers worked around the clock to make sure we expressed only the truth as you saw it, because you cared so much that only the right information would be shared with our “friends.” How thoughtful you were to protect us all from the woefully ignorant view that the Chinese bioweapons program might pose a risk.

Suddenly, The Tide Has Turned

Suddenly, now, the tide has turned — even at the White House, where President Biden has called for an investigation after his State Department disbanded the one Trump had initiated — and you, Dear Facebook, in your infinite, all-seeing and all-knowing authority and mysterious wokeness and wonderfulness have decided the narrative should change, so you’ve tweaked your algorithms and now permit us to speculate that the virus came from the Wuhan lab after all.

We are even allowed to say that some Wuhan lab staffers came down with symptoms consistent with COVID-19 in the fall of 2019. Praise to you, glorious Facebook! We trust your inerrant judgment in finally offering us this freedom, as you know best, and, again, thank you, THANK YOU, for keeping such a close and protective eye on the information we read and share.

Now, on to Dershowitz and the First Amendment.

Harvard Law professor emeritus Alan Dershowitz did an interview for the Epoch TV show Crossroads to express concern about the removal of Lt. Col. Matthew Lohmeier from the US Space Force over his stated opposition to Marxism and Critical Race Theory, and also about President Trump’s removal from Facebook, Twitter and other platforms after the Capitol Hill security breach on January 6 of this year.

Before Trump was removed from Twitter, he had about 90 million followers. Twitter says his ban will stay in place indefinitely. Facebook has upheld his ban but has been told by its advisory board to put a time limit on it.

“What Donald Trump tweets — I may disagree with every word he says, but he has the right to say it,” Dershowitz said. “And more importantly, people forget the First Amendment has two aspects: one, the right of the speaker — Donald Trump to speak — that’s one part of it. And the second part, which is largely ignored, is the right of you and me, the public, to hear and read and see what he has to say to accept or reject it in the marketplace of ideas.”

“When you ban a speaker,” Dershowitz continued, “you also ban his viewers and listeners from having access to that speech, and that’s an equally dangerous aspect of violating free speech rights.”

Of course, most of the “moderation of content” (censorship) is being done to conservative and pro-Trump speech.

Lohmeier’s comments about Marxism spreading through the military were deemed “politically partisan,” and he also spoke less-than-glowingly of Defense Secretary Lloyd Austin’s pro-CRT agenda. He was removed from the 11th Space Warning Squadron just a few days ago, on May 19.

Censorship is at the top of Dershowitz’ mind right now; he has a new book out called The Case Against the New Censorship: Protecting Free Speech from Big Tech, Progressives and Universities. Here’s the interview, highly recommended, in which he describes this censorship as something new, “a sign of the times.”

“I’m critical of Marxism,” Dershowitz said in the interview, “I’m critical of ‘race theory,’ I’m critical of Black Lives Matter —- not the concept, the organization. I’m critical of many of the things that today you can’t criticize.” He mentioned a course he co-taught at Harvard about 10 years ago called “Taboo,” about subjects you couldn’t talk about, and back then it ran 14 weeks. “Today, it could be a thousand-week course,” he quipped.

We have to use our power as consumers, he said, to STOP THIS CENSORSHIP.

Those Who Believe They Know Better

The government isn’t supposed to be in the business of censorship, but Dershowitz says it’s using Big Tech to sidestep the First Amendment. Be sure and see his full interview, which features multiple examples of the “new” censorship. He also briefly examines the history of government censorship, starting with the Alien & Sedition Acts very early in our nation’s life. Believe it or not, just a few years after the Bill of Rights was passed, this law that made it a serious, prison-worthy crime to criticize the government, yet it was signed into law by President John Adams and supported by Alexander Hamilton and even George Washington.

Dershowitz brought up the current struggle in the Mideast, noting that former President Trump would very much like to go on social media and express support for Israel. “But they say ‘No, Trump lies! You can’t be on Twitter, you can’t be on Facebook, you can’t be on YouTube.’” Yet they leave up horribly anti-semitic and even pro-Hitler speech, wrongly implying that this is truthful.

“That’s the problem,” he says, “because when you have censorship of some things, then other things seem to have the imprimatur of truth.”

In applying this to Facebook and the virus, we could say the “bat soup” theory was given the imprimatur of truth. Until it wasn’t. “The Truth” is whatever Facebook decides it will be, on any given day. Have mercy on us, O Great and Powerful Facebook.