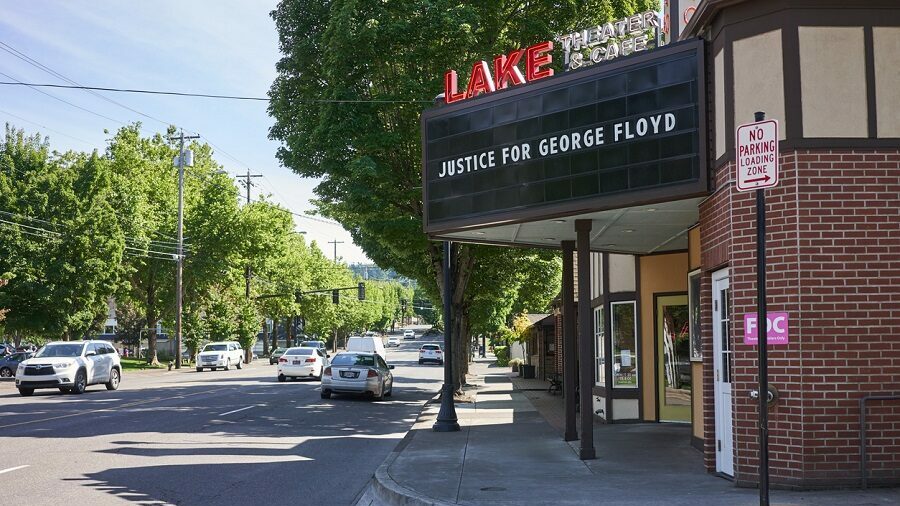 Guilty on all three counts. That was the sentence heard across America, as former police officer Derek Chauvin was found guilty of second-degree unintentional murder, third-degree murder and second-degree manslaughter. What are we to make of this trial and the events and comments surrounding it?

The answer to that question depends on who we ask.

For Some, a Watershed Moment

To many black Americans, this was a watershed moment.

First, for them, the gut-wrenching video of Floyd’s death while under Chauvin’s knee was undeniable testimony to the police brutality they have experienced for years. In their eyes, there is no question that Chauvin would not have treated a white man in this way, and there is no question of his guilt. This, they would say, is what they have experienced for decades (let alone centuries past), and now there is indisputable video evidence.

Second, the guilty verdicts prove that the police can no longer get away with murder, specifically, with the murder of a black man. Too many eyes are watching and justice must be done.

For Others, No Evidence Race Was Involved

To many white conservatives, George Floyd’s tragic death had nothing to do with race.

First, they would say that we don’t know for sure that Chauvin’s treatment of Floyd was race based. Perhaps he mistreated whites as well? Or perhaps it was based on Chauvin and Floyd knowing each other outside of this confrontation?

For liberal Americans, this is the moment to refocus on the question of systemic racism. In the words of President Biden, “It was a murder in the full light of day, and it ripped the blinders off for the whole world to see the systemic racism … a stain on our nation’s soul.”

Conservatives would respond, “Actually, we don’t know that this had anything to do with racism, let alone with systemic racism.”

Many would also add, “To the contrary, this is an example of race-baiters like Rep. Maxine Waters potentially inciting violence with her irresponsible comments. That’s where the problem lies.”

Hollywood Elite vs. Law and Order

For Hollywood’s elite, like Oprah, the guilty verdicts were cause for rejoicing: “Relieved—and emotional in ways I didn’t expect. I cried tears of joy as each verdict was read. I’m grateful to the witnesses and their testimonies. Grateful to Darnella Frazier. Grateful to every Juror for seeing and acknowledging what the world saw on that tape. Thank you God for real! #GeorgeFloyd.”

For the law and order crowd, the lessons are clear. Number one, don’t commit a crime. Number two, don’t resist arrest. Number three, don’t expect a fair trial when government leaders are calling for violence, when protesters are ready to burn down cities, and when the judge doesn’t sequester the jury.

And so it goes, like ships passing in the night, with little constructive interaction between the varying sides and perspectives. So, at the risk of provoking fire from all sides, I’ll weigh in with some perspectives representing several different viewpoints.

First, after years of regular interaction with the black American community, I have no reason to question the horror stories they have related to me. For example, when a black pastor calls my show — I’m talking about a God-fearing, law-abiding conservative who agrees with me point for point on the culture wars — and tells me about how he had to lecture his teenage boys about behavior around police, lest they be shot, I believe him, especially when his story is one of many that I have heard.

In fact, shortly after the Chauvin verdict was announced, I was talking to a 41-year-old black man, and he told me about an absolutely traumatic experience he had with the police when he was 21, with a gun stuck in his face, fearing for his life. Yet no reason was given to him for being stopped. He said that to this day, when he sees a police car in his rearview mirror, he breaks into a cold sweat.

And having studied the issue of fair sentencing in America, I do believe that inequalities remain for black Americans and that we must continue to strive for justice.

Second, there are other questions that must be asked as well, such as what is behind the high crime rate among young black Americans, which makes them more likely targets for profiling? Who is to blame for this, and what can be done, holistically, to repair this? (This is not an accusation. It is a question.)

Third, race baiting is very real and very destructive. Really now, is this how America is supposed to function, with protesters ready to vandalize our communities if an unfavorable verdict is reached?

Fourth, I believe that we must address all sides of the race issue in America, also asking uncomfortable questions such as: why has fatherlessness in black American homes reached an epidemic level, and why it is much worse today than it was before the Civil Rights movement? (Again, I am not implying white guilt here or black guilt. I am simply saying we must ask these questions.)

The bottom line is that there is not one, single, correct perspective on the death of George Floyd and the conviction of Derek Chauvin, and to simply pontificate in the safety of our own echo chamber is to accept the status quo.

We might end up more convinced than ever that our perspective is the right one. But at least, let’s challenge ourselves to listen and think and empathize first.