Deployed US Navy Has a Pregnancy Problem, and It’s Getting Worse 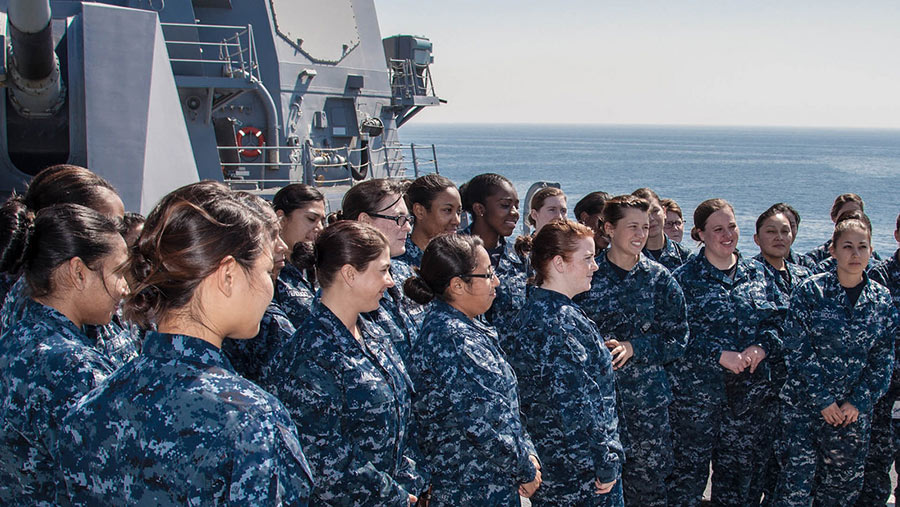 A record 16 out of 100 Navy women are reassigned from ships to shore duty due to pregnancy, according to data obtained under the Freedom of Information Act by the Daily Caller News Foundation Investigative Group.

That number is up 2 percent from 2015, representing hundreds more who have to cut their deployments short, taxing both their unit’s manpower, military budgets and combat readiness. Further, such increases cast a shadow over the lofty gender integration goals set by former President Barack Obama.

Overall, women unexpectedly leave their stations on Navy ships as much as 50 percent more frequently to return to land duty, according to documents obtained from the Navy. The statistics were compiled by the Navy Personnel Command at the request of TheDCNF, covering the period from January 2015 to September 2016.

The evacuation of pregnant women is costly for the Navy. Jude Eden, a nationally known author about women in the military who served in 2004 as a Marine deployed to Iraq, said a single transfer can cost the Navy up to $30,000 for each woman trained for a specific task, then evacuated from an active duty ship and sent to land. That figure translates into $115 million in expenses for 2016 alone.

“This is an avoidable cost and expense, leaving a gap for other people to pick up the work slack,” Eden said.

“A pregnancy takes you out of action for about two years. And there’s no replacement,” said Elaine Donnelly, president of the Center for Military Readiness, a nonpartisan public policy organization. “So everybody else has to work all that harder,” adding that on small ships and on submarines, “you really have a potential crew disaster.”

“Just as we deal with other unplanned manning losses due to injury or other hardships, we work to ensure that pregnant service members are taken care of and that commands are equipped to fulfill their missions when an unexpected loss occurs,” he said.

In January 2015, 3,335 women were pregnant aboard military vessels, representing about 14 percent of the 23,735 women then serving such duty, according to the data.

But by August 2016 that number reached nearly 16 percent, an all-time high. The Navy reported that 3,840 of the 24,259 women sailors who were aboard Navy ships were pregnant.

The Obama administration understated the pregnancy problem throughout its eight years and even suppressed some data about the impact of its “gender-neutral” policies on the Navy.

For decades, for instance, the Navy published results from exhaustive surveys of 25,000 men and women in a document called the “Navy Pregnancy and Parenthood Survey.”

The reports once were 75 to 100 pages long and disclosed attitudes among men and women and their behavior.  However, the Obama administration published only brief two to three-page summaries from 2012 onward.

A civilian attached to the Navy Personnel, Research, Studies and Technology group, which researched and published the surveys, told TheDCNF full reports were completed regularly even though it’s detailed findings were not released to the public. The individual requested anonymity.

“The military has been tight lipped over the years about these numbers.  They don’t like to publicize them,” Eden told TheDCNF.

The Navy has been dogged for years by lingering claims that some women get pregnant simply to avoid deployment.

“We all know that happens. Women do it to avoid deployment,” Eden told TheDCNF.

“There do seem to be coincidences,” said Donnelly. “There is a lot of anecdotal evidence.”

“This information is considered so sensitive. You just don’t talk about it. And you don’t ask. It’s just something that everybody knows occurs. Don’t ask, don’t tell,” Donnelly said. She served on the Defense Advisory Committee on Women in the Services and on the Presidential Commission on the Assignment of Women in the Armed Forces.

The sudden departure of pregnant women aboard military vessels severely hurts military readiness and morale for those left behind and who must pick up the slack. The expecting sailors must be transferred from a ship after the 20th week of pregnancy.

The Navy officially considered pregnancy incompatible with military service and women who became pregnant were automatically discharged, according to The Alliance for National Defense.

However, with the introduction of the all-volunteer military, the Navy provided many lucrative incentives to men and women — including free housing, medical care, recreation and educational opportunities.

But women got additional benefits, including free prenatal care, daycare, counseling, and special education for toddlers and children with disabilities or for other “special needs.”

“Since benefits offered to recruits who are women are so very generous, it almost becomes an incentive,” said Donnelly. “One feminist advocate many years ago referred to the military as a ‘Mecca for single moms.’”

“I think there are so many carrots.  The military has become a modern-day jobs program,” Eden said.

Obama, during his eight years in office, sought to increase dramatically the number of women on ships.

In May 2015, Admiral Michelle Howard announced a quota of 25 percent of women on all ships. “We’re going back and looking at the ships — all of them — and what percentage of women are on the ships. Over time, we’ll modernize them to make sure we get to about 25 percent on each ship,” she said.

Former Navy Secretary Ray Mabus in September 2015 pushed the new policy, stating that the Navy SEALs and all other combat jobs in the Navy should be open to women, with no exemptions as part of the Pentagon’s new “gender-neutral” employment policy.

Eden believes the policy of increasing women on ships results in failure. “It’s bad policy when you think of ships that have to be battle-ready and then have to transfer women off for pregnancy — something that has to do with controlled behavior or voluntary behavior,” she said.

It is unclear how President Donald Trump’s Secretary of Defense Jim Mattis will handle women in the military. He has been a skeptic, but also said during his confirmation hearing he would support a combat role for women.