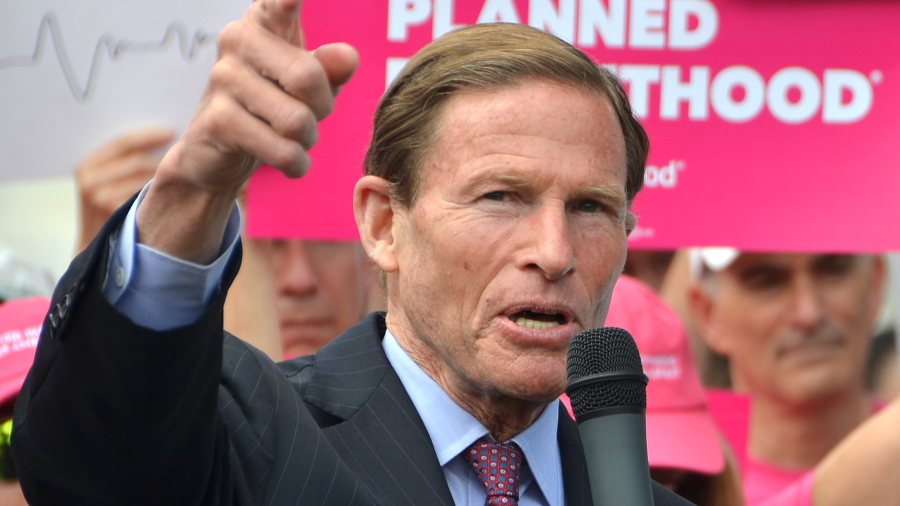 Democratic Connecticut Sen. Richard Blumenthal, the bill’s sponsor, told Politico the language had been removed from the bill due to objections from some Democrats.

The latest version of the Women’s Health Protection Act (WHPA), which would effectively make abortion a statutory right, scrubbed references to transgender and nonbinary people’s pregnancies as well as language related to “reproductive justice.”

Earlier versions of the bill used language tying race and transgenderism to the issue of abortion in its non-binding “Findings” section. Democratic Connecticut Sen. Richard Blumenthal, the bill’s sponsor, told Politico the language had been removed from the bill due to objections from some Democrats.

The newest version removed referenced to white supremacy and gender oppression as well as notes clarifying that its provisions applied to anyone with the “capacity for pregnancy” including “transgender men, non-binary individuals, those who identify with a different gender, and others,” according to Politico.

“Reproductive Justice seeks to address restrictions on reproductive health, including abortion, that perpetuate systems of oppression, lack of bodily autonomy, white supremacy, and anti-Black racism,” a previous version of the bill said.

We’re standing together because this is perhaps the greatest threat to Roe v Wade we’ve seen in a generation.#AbortionIsEssential.

And this Senate will vote on the Women’s Health Protection Act to protect abortion rights. pic.twitter.com/V4gJrh9GXP

“This violent legacy has manifested in policies including enslavement, rape, and experimentation on Black women; forced sterilizations; medical experimentation on low-income women’s reproductive systems; and the forcible removal of Indigenous children,” it said.

A leaked Supreme Court draft opinion revealing the likely overturning of Roe v. Wade sparked renewed interest this week in the WHPA, which failed in the Senate in February. Senate Majority Leader Chuck Schumer said the Senate would vote on the bill next week, according to Politico. The legislation is cosponsored by 47 Senate Democrats.

Blumenthal characterized the new language as “very marginal changes that simply meet some of the issues that have been raised by senators who want to make it more consensus driven,” according to Politico.

The WHPA would strike down every state law banning abortion in the first six months of pregnancy and would require states to allow abortions in the last trimester, after the point at which a child could survive outside the womb, if a health care worker says pregnancy could hurt the mother’s mental or physical health.