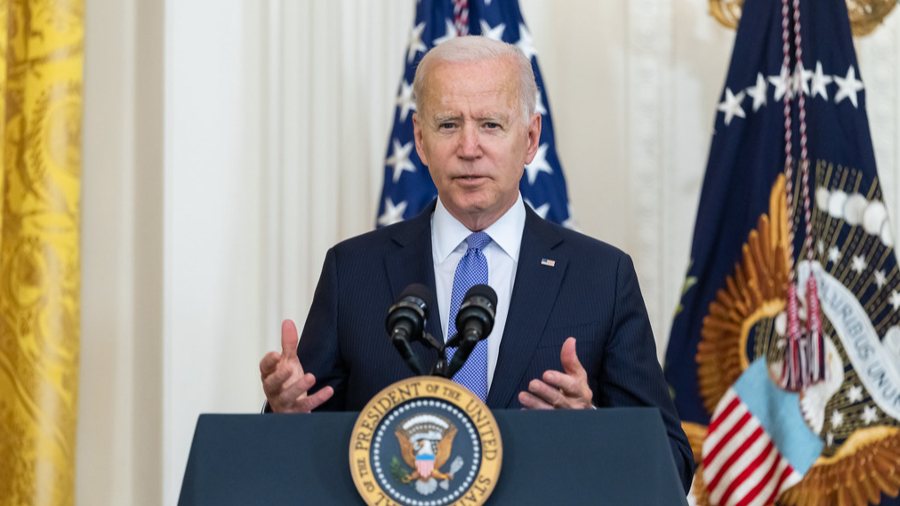 The nation is in the middle of a pandemic that is becoming endemic as the omicron variant lessens serious cases. This past week, the Centers for Disease Control and Prevention noted that a Kaiser Permanente study in Southern California found omicron has a 91% reduction in the risk of death compared to the delta variant. It has a 74% reduction in intensive care unit admissions and a 53% reduction in symptomatic hospitalization. No one in the country with the omicron variant is on a mechanical ventilator.

This is all good news. But as omicron spreads, small businesses have had to close due to lack of workers. The supply chain issues have gotten worse. A record number of ships are backed up at the ports of Long Beach and Los Angeles. Teachers unions are staging walkouts. Schools are closing, some because of the unions and some because they lack staff. Grocery store shelves are bare. Inflation is on the rise.

Both the consumer price index and industrial prices are seeing massive inflation. The prices consumers pay are up 7%, and when consumers shop they find limited supplies of goods. Sports drinks, paper products, chicken, milk, bread and other staples are often now in short supply. People have returned to making multiple trips to multiple grocery stores to find goods.

When consumers come forward, progressives attack. CNN ran a story on a family in Texas complaining about the price of milk they buy for their large family. Progressives accused the family of lying about the cost and being indecent for having so many children, some of whom were foster children. The other day, CBS’s morning news program featured an elderly man who claimed orange juice prices had gone from five dollars to 10 and his store had only one variety. Progressives criticized him on social media.

Adding to all the frustration, some Democrat-led areas of the country are requiring proof of vaccination — and, in some cases, identification to match the vaccine card — to enter restaurants, gyms, bars and other places. The governments are forcing the businesses themselves to enforce the rule, putting employees in difficult spots. In some cases, employees are quitting, contributing to a worker shortage. Vaccine mandates are no longer even fully protective from the omicron variant. People who have received both the double doses of the vaccines and the booster are still getting sick and spreading the virus. But some workers are losing their jobs because they will not get vaccinated.

The Democrats’ response shows they have lost the plot in the present situation. Instead of trying to fix these issues, get more COVID-19 tests out and improve port and supply chain efficiencies, the Democrats are demanding a voting reform package in the United States Senate that prohibits requiring photo ID to vote even as Democrats demand it to eat. The president is pouring his energies not into fighting resurgent crime or opening schools or fixing the supply chain issues. He flew to Georgia to accuse his critics of being racists. Anyone who opposes his agenda is a racist on the side of George Wallace and Jefferson Davis.

Those racists include Democratic Sens. Kyrsten Sinema of Arizona and Joe Manchin of West Virginia, both of whom refuse to scrap the Senate filibuster rule to advance Biden’s cause. On top of that, the latest Quinnipiac poll shows only 33% of Americans approve of Biden’s performance, which suggests the president thinks two-thirds of Americans are racist. Biden’s Quinnipiac job approval rating is lower than former President Donald Trump’s ever fell.

Worse than all of that, Biden and the Democrats knew going into this they did not have the votes. Instead of trying to fix the problems Americans care about — and polling shows hardly anyone cares about voting rights at the moment — they mounted a failed campaign to change a rule of the Senate and wasted time dividing Americans.

The entire display from Biden and the Democratic leaders on voting rights was a futile exercise in stupidity that raises questions about how out of touch with Americans they really are. The answer is: very.