In a sense, we’ve loaded politics with all the expectations of a worldview. But politics cannot bring salvation, determine morality, provide ultimate meaning, or secure our relationships. 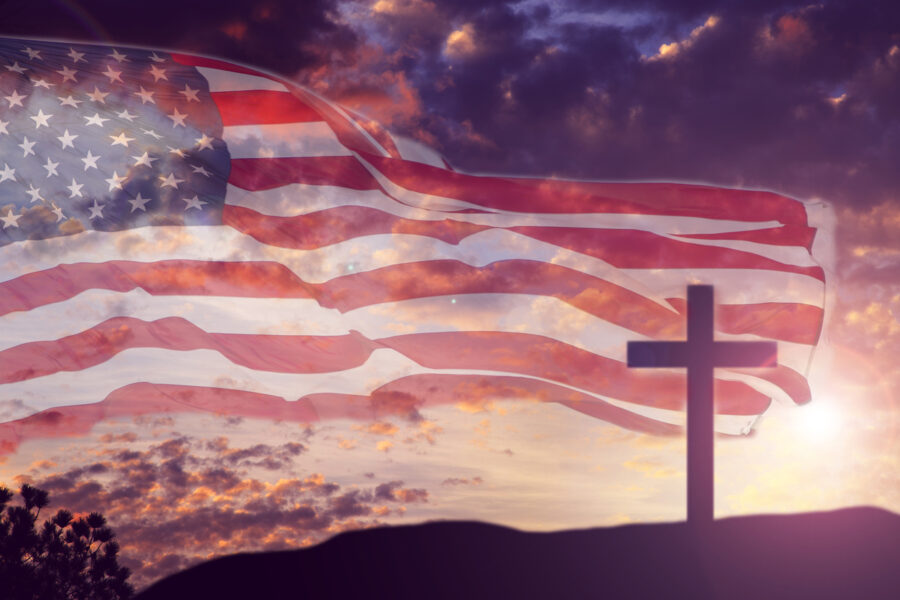 Though election day is behind us and the direction of the country set, politics will most likely continue to overstep into most of our lives and our culture. After all, the presidential campaign season has already begun.

Without abandoning the political sphere altogether or downplaying its importance, Christians must push back against the all-consuming nature of politics. For many of us, that will mean less time on social media, fewer podcasts, less talk radio and cable news, and more time cultivating our knowledge of Scripture and theology. In this loaded cultural moment, anyone not intentional about what is shaping and forming his or her view of the world is at risk of the political illusion.

Take a recent statement by President Joe Biden, tweeted just before the midterm elections: “Democracy is more than a form of government,” he (or whoever runs his Twitter page) wrote. “It’s a way of being. A way of seeing the world. A way that defines who we are, what we believe, and why we do what we do. Democracy is simply that fundamental.”

In other words, to lightly paraphrase the president, democracy is a worldview. But is that true?

The President Had It Backwards

On one hand, the quasi-religious tone used to describe a system of government is a bit like The Washington Post’s melodramatic slogan: “Democracy Dies in Darkness.” Popular sovereignty is not a “way of seeing the world” that “defines who we are, what we believe, and why we do what we do” any more than the market economy or trial by jury are worldviews. Instead, each is a reflection of prior values, which are shaped by deeply held beliefs about reality. We do things (like voting) that are important to us, and they’re important to us because of how we see the world.

In other words, the president had it exactly backwards. He’s assuming that democracy determines how we view the world. In reality, democracy (or any form of government) emerges from a certain set of assumptions about the world: assumptions about the dignity and importance of individuals, created equalities, and the lack of a divine right to rule as a monarch. Each of these assumptions are, by the way, historically rare.

Even more importantly, the American variety of democracy assumes that there are inalienable rights that cannot be infringed on by popular vote. That assumption is behind the Bill of Rights, as well as Supreme Court decisions like Brown v. Board of Education, which ended segregation. If we don’t assume and commit to certain truths about the world prior to democracy, it will devolve into mob rule, something both unsustainable and unjust. If you don’t believe that, the French have a guillotine or two to sell you.

Because America’s founders did understand this, they didn’t give us a pure democracy, on either federal or state levels. Instead, they gave us a democratic republic (“if you can keep it”). In fact, their writings reveal how much they feared pure democracy and considered it a terrible form of government (“two wolves and a sheep voting on what to have for dinner”).

Democracy isn’t a worldview: It’s worldview dependent. The laws a democratic society produces depend on the worldviews of the people who vote and legislate. To treat democracy like a fundamental source of values and a way of seeing reality is to misunderstand democracy, government, and the human condition. Also, it is asking a political system to answer questions it cannot. It’s simply not big enough.

My kids used to play a game called “Topple,” in which a plastic plate-like thing is balanced precariously on a stick. Players then take turns adding little disks to slots on the plate until it can no longer hold all of them and it topples. Today, we are playing a cultural game of “Topple Politics,” loading it with all kinds of expectations and problems it cannot handle.

In a sense, we’ve loaded politics with all the expectations of a worldview. But politics cannot bring salvation, determine morality, provide ultimate meaning, or secure our relationships. Politics should reflect what is good and true, but it cannot define or sustain what is good and true. If we continue to load it up with so much of our lives, it will topple, and the result will be a mess.

This government “of the people, by the people, and for the people” has brought the world a lot of good. It’s a privilege to vote, and we should take it seriously as a way of loving God and our neighbors and upholding our God-given rights. These ideas, however, only come from a Christian worldview, which actually is big enough to answer life’s most fundamental questions.

Distracted by Politics, Consumed by Truth

Why Christians Should Be Brave and Run Into the Political Fire