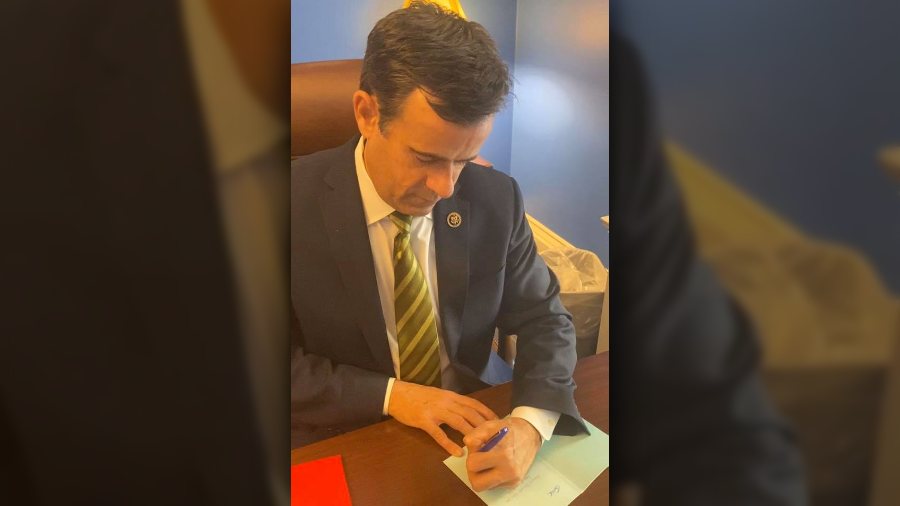 Former Director of National Intelligence John Ratcliffe told Trey Gowdy on Fox News Tuesday night that, based on intelligence that he has seen, he expected “additional actions taken by John Durham,” as he’s convinced that there were more incidents like the action of Kevin Clinesmith regarding the 2016 campaign. He noted that allegations of FISA abuse turned out to be true.

But I imagine his words generated a collective yawn among people who have been waiting years for accountability. Recall that Clinesmith pleaded guilty to fraudulently doctoring an official document but was recently sentenced to one year’s probation, community service and a $100 fine, essentially a slap on the wrist for committing a huge fraud that dragged Carter Page and the whole country through the “Russia Russia Russia” scam for years. It was a FISA Court judge who, inexplicably, presided over the case and, even more inexplicably, decided to let it go.

Now, Durham has reportedly moved on from the CIA without charging anyone — John Brennan’s MSNBC contract is safe — and has moved his focus to the FBI. Sources have told Fox News that high-ranking officials such as former FBI Director James Comey will not be charged. But Ratcliffe, putting the most positive spin on this that anyone could, said he doubts that such reports are accurate.

Without betraying any confidences, Ratcliffe said, I can tell you I sat in a room last July with John Durham and with Attorney General Barr; we looked at intelligence, and we all unanimously agreed that there was a problem there with respect to the FBI, that there wasn’t a proper predicate to begin, much less continue, a counterintelligence investigation against the Trump campaign. So I’d be surprised if this reporting is accurate, that there aren’t going to be additional indictments. I would expect that. I think the intelligence that I’ve seen reflects that, and I certainly think that, you know, once the investigation runs its course, that that’s what will take place.

Ratcliffe said he wanted to see more instances of accountability, not because he wants to see “folks go to prison” but because he wants people to have trust in the FBI and the Department of Justice and “increasingly, they don’t.” But that’s largely because folks like Kevin Clinesmith haven’t gone to prison.

The American people have seen the text messages and the emails, and the memos and the transcripts, and the FISA applications, and they know this just isn’t right, said Ratcliffe. And…they see that this just wasn’t fair, and if the FBI and the Department of Justice can’t hold folks accountable for that, then we’re gonna have a problem down the road.

When Everything Has Been Locked Down

It’s hard enough to have accountability when information has been released to the public, as in the case above, but what about when everything has been locked down? We’re going to step with one tiny toe into the case of Seth Rich, as his murder has been cloaked with secrecy and threats of lawsuits ever since it happened at 4:19 AM on July 10, 2016. What is the story surrounding his death? We honestly don’t know, but a judge has given the FBI 82 days to produce all material in its possession that contains the name “Seth Rich.” Deadline: April 21. The attorney who pushed for this: Ty Clevenger. Here’s a refresher.

And now, the update.

“I know there is enormous distrust and frustration over almost the utter failure of the Department of Justice and the Courts to play fair and do the right thing,” writes Larry Johnson at The Gateway Pundit. “But at least this judge is not playing along with the Deep State.”

What About Seth Rich?

Recall that Seth Rich, a DNC staffer who was shot and killed on a Washington D.C. street in what was said to be a robbery (in which nothing was taken), is alleged to have been involved with the hack/leak of the DNC server. Apparently, FBI counterintelligence people have been involved in an investigation, which strongly suggests that this was not a conventional robbery/murder.

The lid was slammed down long ago on anyone even talking about this. No one is supposed to even bring it up, but I will — though, again, I do not know if Rich was involved in removing information from the DNC server, and I do not know the circumstances surrounding his death other than what was said in the police report. I just would like to know. I’m glad to see that the FBI won’t be able to let this drop.

The FBI reportedly has over 20,000 pages of documents related to Seth Rich, as well as his laptop. For three years previously, they had apparently denied involvement in any investigation of Rich’s death or being in possession of his laptop. It was probably hidden away with with Hunter Biden’s laptop till President Trump’s first impeachment was over, haha.

Finally, don’t let this note of encouragement blind you to something less impressive that’s happening at the DOJ. Just a month before his father was inaugurated President of the United States, Hunter Biden hired a new attorney, former federal prosecutor Chris Clark, to assist with his federal criminal defense. Hunter is reportedly under investigation for tax evasion and money laundering allegations, with a “potential counterintelligence component,” according to AXIOS.

But here’s the real story: On Inauguration Day, one of Clark’s close colleagues, Nicholas McQuaid, a fellow partner at Latham & Watkins, was asked to temporarily lead the DOJ’s criminal division. McQuaid is one of a handful of acting assistant attorneys general appointed by President Biden on his very first day.

Does This Seem Kosher to You?

Does anything about this seem not quite kosher to you? Biden quickly appoints someone to head the DOJ’s criminal division who was a business partner of the attorney now representing his own son, who is under investigation? Under Biden, there’s supposedly an “ethics pledge” that bars federal officials from participating in matters involving former employers unless they receive “a waiver of relevant laws and regulations.” Well, isn’t that reassuring?

“Potential conflict between lawyers entering government and their former clients or firms are quite common,” said Kedric Payne, senior director for ethics at the Campaign Legal Center. “This situation is one of the many initial tests of Biden’s ethics pledge, which looks great on paper, but time will tell if it’s effective in practice. Enforcement is essential.”

Now we can all wonder if Biden’s ethics pledge will be enforced when it comes to the investigation of his son. The suspense is killing me.