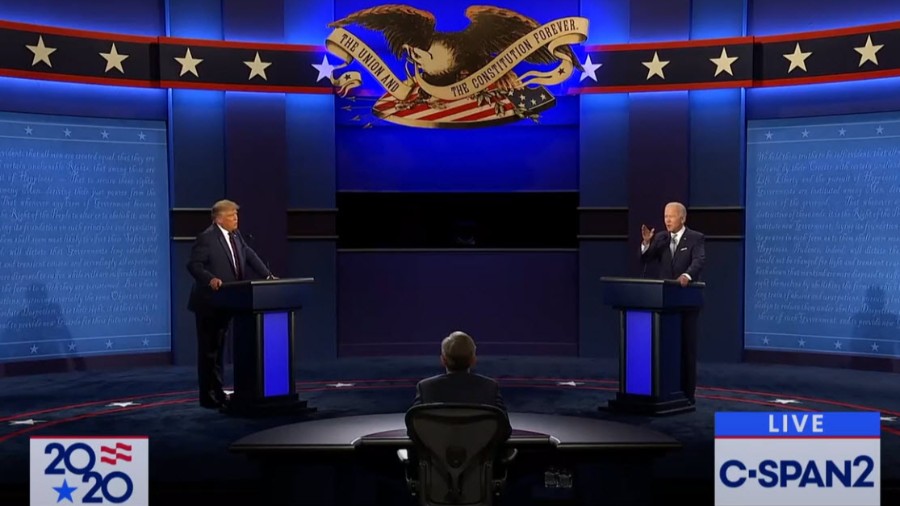 President Donald Trump and Democratic nominee Joe Biden will have their microphones muted during Thursday’s debate when it is not their turn to speak, the Commission on Presidential Debates announced Monday.

The rule was created in order to avoid the interruptions and crosstalk seen during the first presidential debate, according to The New York Times. The commission noted the campaigns might not be pleased and both Democratic presidential nominee Joe Biden and President Donald Trump’s aides were informed of the rule on Monday.

“We realize, after discussions with both campaigns, that neither campaign may be totally satisfied with the measures announced today,” the commission said in a statement.

NEW: Debate Commission will *MUTE* candidates' microphones during their opponent's 2-minute opening answers. Then mikes turn back on & candidates have at it. https://t.co/KEffKVRbod

“One may think they go too far, and one may think they do not go far enough. We are comfortable that these actions strike the right balance and that they are in the interest of the American people, for whom these debates are held,” the statement continued.

Each candidate will have two minutes to answer the moderator’s questions, during which time his opponents microphone will be muted. After each have responded, both microphones will be unmuted so the president and form Biden and Trump can debate freely.

The commission said after the first debate that “additional structure should be added to the format of the remaining debates to ensure a more orderly discussion of the issues,” the NYT reported. Those planning the debate were hesitant to make changes after Trump withdrew from the second debate when it was switched to virtual.

“President Trump is committed to debating Joe Biden regardless of last minute rule changes from the biased commission in their latest attempt to provide advantage to their favored candidate,” Bill Stepien, Trump’s campaign manager, said in a statement.

“If the media won’t ask Joe Biden these questions, the President will, and there will be no escape for Biden,” Stepien continued.

The Biden campaign and the Commission on Presidential Debates did not immediately respond to a request for comment.

Once Again, Why So Many Evangelical Christians Strongly Support Trump