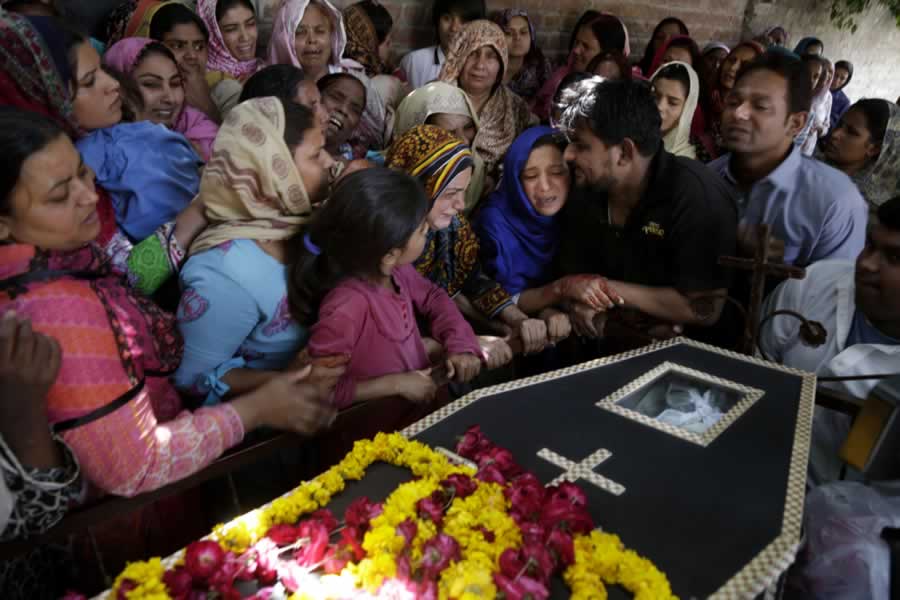 Pakistani Christian women mourn the death of Sharmoon who was killed in a bombing attack, in Lahore, Pakistan, Monday, March 28, 2016. The death toll from a massive suicide bombing targeting Christians gathered on Easter in the eastern Pakistani city of Lahore rose on Monday as the country started observing a three-day mourning period following the attack.

This article is available to read at the Associated Press Archive Link here: http://www.apnewsarchive.com/2016/Death-toll-from-Easter-bombing-in-Pakistan-reaches-70-underscoring-militants-ability-to-stage-large-attacks/id-0a2601d031dc40ccb71fd3f9d637f603

A Passion Week Lament and an Easter Challenge to Trust