The Day We Remember the Dead We Love

An All Souls Day meditation 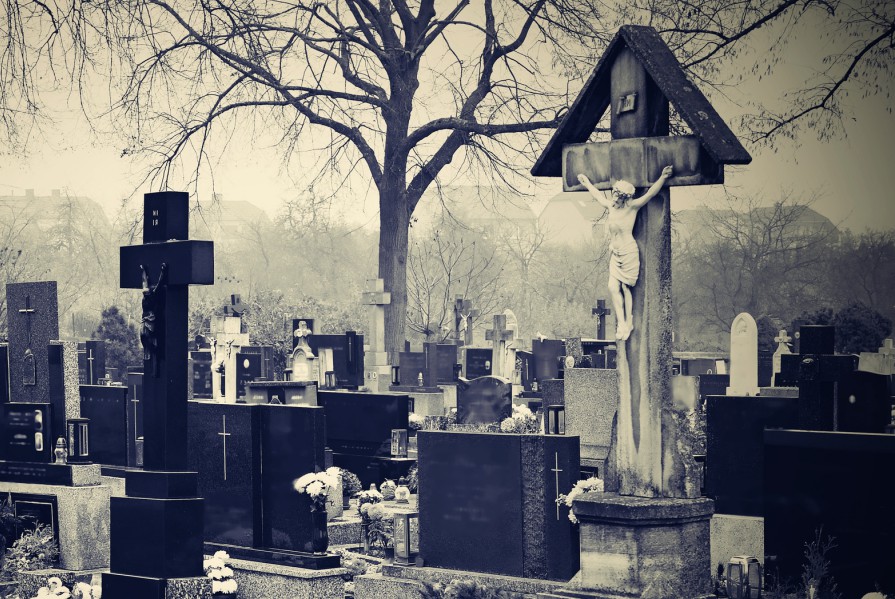 We heard the names of 66 people who died that year, while their pictures appeared on the screen at the front to the left of the church. I was sitting to the back, last November 2nd, at my church’s service for All Souls Day.

It’s the day of the year we remember the dead, especially the dead we loved. And — this is important — the dead we still love.

In the ancient Church calendar, it follows All Saints Day. It’s sometimes called the commemoration of all the faithful departed. That’s the day to celebrate the Christian heroes. I wrote about here and here. All Souls Day is the day to remember those we’ve loved. It’s a day we celebrate the fact that God in His great love for us will reunite us with them.

At St. Joseph’s, in the middle of the service, someone reads the names of those who died as their picture appears on the screen. The church bell rings as each name is read. The families go up one by one and get a candle with their loved ones’ name. It takes about fifteen minutes.

I only knew a few of the departed. Judging from their ages, I suspect most had been in nursing homes, maybe for decades. The oldest was 103, with her sister also dying last year, at 102. The next oldest was 98. The youngest was 31. The pictures the year before had included a few infants, and it was heartbreaking to see the parents walk up to get their child’s candle. Last year, thank God, none.

One of Those Pictures

The families supply most of the pictures. No one supplies a casual shot. One woman, who died at 41, was pictured in her wedding gown. Some of the men were shown in their World War II uniforms. A few, men and women both, had dashing black-and-white photos from the 1930s and 40s. One man looked very Cary Grantish. At least 50 of the 66 had Italian names.

Sixty-one were older than me, only two within a few years of my age. I’ve gotten old enough that appearing on the screen is more a possibility than it was before. My sister died three years ago, five years younger than I am now. I can’t help but look at the birth dates as the pictures appear. Unless we move, some day I’ll be one of those pictures remembered by one of those candles.

Just before the end of the service, our pastor stopped. He said that his beloved aunt and godmother had been one of those pictured. I wish I could remember what he said. He talked about how much she had meant to him his whole life. Then said that we need each other, that we have to be there for each other, as his Aunt Jo had been for him. We still need each other even after they die. The dead are still there for us and we can be there for them.

Afterwards I lit a candle for my sister at the shrine with the Pieta.

A Little Thing We Can Do for the Dead

At St. Joseph’s, All Souls tends to be a feast for those who’ve lost someone in the last year. I go every year anyway. It’s a little thing I can do for the dead. I’m paying my respects, as my old-fashioned unchurched grandfather would put it.

And also because it’s comforting. Though it commemorates loss, the All Souls Mass doesn’t feel gloomy.

Yes, it reminds that we all die. But in doing so, it tells us what death is for the Christian. It tells us that this world is not all there is. Jesus defeated death and will defeat our deaths.

All Souls day declares that those we love have passed into a greater world, and yet they stay connected to us still in the world. Death sucks, yes, and some of those around me have tears in their eyes. I did as I thought about my sister. Yet we and our dead remain in God’s firm grasp.

They can do something for us and we for them. Catholics believe that they pray for us and we pray for them, and God hears those prayers. Every Christian believes — every Christian knows — that together we look forward to the world in which “He will wipe away every tear and death shall be no more, neither shall there be mourning, nor crying, nor pain anymore.”

All Souls Day makes obvious the contrast between the way the world makes us suffer and what God has done with that suffering and will do with it. It doesn’t make light of death, as so much Christian and secular piety does. Death really hurts. God doesn’t ask us to deny the pain even as He offers us healing. Read James Robison’s heart-breaking and beautiful story about the death of his daughter Robin.

The world doesn’t talk much about death because it wants us completely wrapped up in the present. It wants us to fear death so much we throw ourselves into living as if there were no tomorrow. If you are like me, the world often succeeds.

But every year, there’s the Mass of All Souls and those faces on the screen. Our loved ones have died, and we will die. In Christ, together we will live.

David Mills is a senior editor of The Stream. After teaching writing in a seminary, he has been editor of Touchstone and the executive editor of First Things. He edits the site Hour of Our Death and writes the monthly “Last Things” column for the New Oxford Review. This is a revised version of an article he wrote for the Catholic site Aleteia.

Farewell, and Thanks for the Love