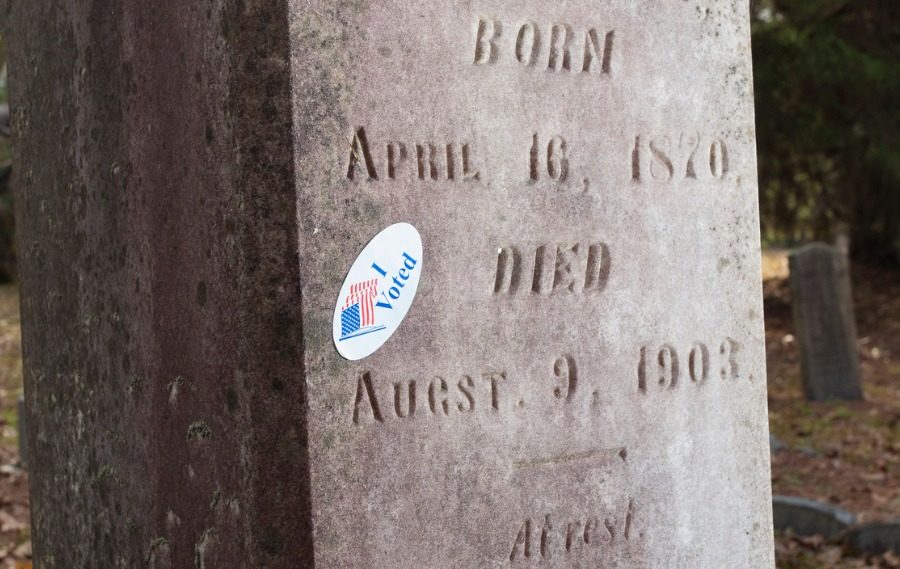 All-mail elections have received heightened attention in the media these past few weeks. Prominent liberals highly endorse the idea, claiming it allows people to do their patriotic duty without risking being infected by the coronavirus.

In reality, without rigid safeguards to prevent fraud, misuse, and voter intimidation, absentee ballot fraud — while it may occur sporadically— already has affected the outcome of elections in states and counties across the country.

Just look at the 2018 congressional race in North Carolina that was overturned by the state election board. Or the mayor of Gordon, Alabama, who was removed from office last year after his conviction for absentee ballot fraud.

Although talk of voter fraud may be increasing because of the stakes in the 2020 election, The Heritage Foundation’s Election Fraud Database has been around for four years. With the addition of our latest batch of cases, we are up to 1,285 proven instances of voter fraud.

Heritage’s database is by no means comprehensive. It doesn’t capture all voter fraud cases and certainly doesn’t capture reported instances that aren’t even investigated or prosecuted. The database is intended to demonstrate the vulnerabilities in the election system and the many ways in which fraud is committed.

We try to keep a close eye on public information about potential cases through local news stories, court documents, county records, and police reports. But even that is difficult to do in a country as large as the United States, with hundreds of elections every year.

Dangers of Voting by Mail

This sampling of cases illustrates the existence and effect of voter fraud. Most importantly, the public must understand that fraud can occur throughout the entire process of registering and voting.

A recent Heritage fact sheet offers a quick summary of the dangers of voting by mail and the necessary safeguards to ensure an election’s integrity. Another Heritage report details how Wisconsin successfully conducted its recent primary election – including in-person voting — and how other countries such as Liberia have conducted an election successfully during a health crisis.

Voting by mail makes it easier to commit fraud, intimidate voters, and destroy the protections of the secret ballot. It puts elections into the hands of the Postal Service.

Voting by mail makes it easier to commit fraud, intimidate voters, and destroy the protections of the secret ballot. It puts elections into the hands of the Postal Service. Without the oversight of election and polling officials, ballots can be lost, disqualified, and even stolen.

An example from our newest batch of cases illustrates a common type of fraud. John and Grace Fleming both were found guilty of duplicate voting, once by absentee ballot in New Hampshire and then in person in Massachusetts.

We also added to the database the case of Reginald Holman, a city council member in Ashtubla, Ohio, who was forced to resign after an investigation found he illegally registered at his parents’ address in Ashtubla rather than his actual residence in Plymouth, Ohio.

Take the case of Courtney Rainey in Canton, Mississippi, who was found guilty of bribing and harassing individuals to win a municipal election.

Or take the case of April Atilano, who was found guilty of changing party affiliations of voters and forging signatures on voter registration forms, among other things. Atilano was hired by a private company to contact and register voters in Madera County, California.

Vigilant staffers in the County Clerk-Recorder’s Office noticed something fishy with the registration cards submitted by Atilano. If they hadn’t have been so diligent, the forms would have been altered without the consent or knowledge of the voters.

County Clerk-Recorder Rebecca Martinez says she has zero tolerance for voter fraud in her county. Asked about this issue, Martinez replied: “Protecting our elections has always been my highest priority and I will continue to maintain this vigilance as we head into the presidential election in November.”

All public officials should have this attitude when it comes to protecting the sanctity of elections.

Some argue that even if voter fraud occurs, its impact is so marginal it couldn’t possibly effect the outcome of an election. That is simply not true — fraud can make the difference in a close election.

In a previous article, we pointed out how over 100 elections in Ohio were decided by less than two votes. Heritage’s database contains numerous instances where voter fraud was so severe that it affected the outcome and new elections were called.

This is not a partisan issue. Heritage has documented elections overturned or elected officials removed on account of fraud that involved both Democrats and Republicans.

Securing the integrity of elections should not become wrapped up in partisan politics. Yet since the inception of the COVID-19 pandemic (and some would argue even before then), many leading Democrats have scoffed at the reality of voter fraud and the importance of election integrity – even though it is their own voters and supporters who often are affected by such fraud.

It is important that we take reasonable steps to make it hard to cheat in elections while making it easy for legitimate voters to vote.

Elected officials and party leaders, regardless of political affiliation, should put their ambitions aside and understand that election integrity is of the utmost importance in self-government and maintaining a functioning democratic republic.

Kaitlynn Samalis-Aldrich is a research assistant in the Meese Center for Judicial and Legal Studies at The Heritage Foundation.

Hans von Spakovsky is an authority on a wide range of issues—including civil rights, civil justice, the First Amendment, immigration, the rule of law and government reform—as a senior legal fellow in The Heritage Foundation’s Edwin Meese III Center for Legal and Judicial Studies and manager of the think tank’s Election Law Reform Initiative. Read his research.