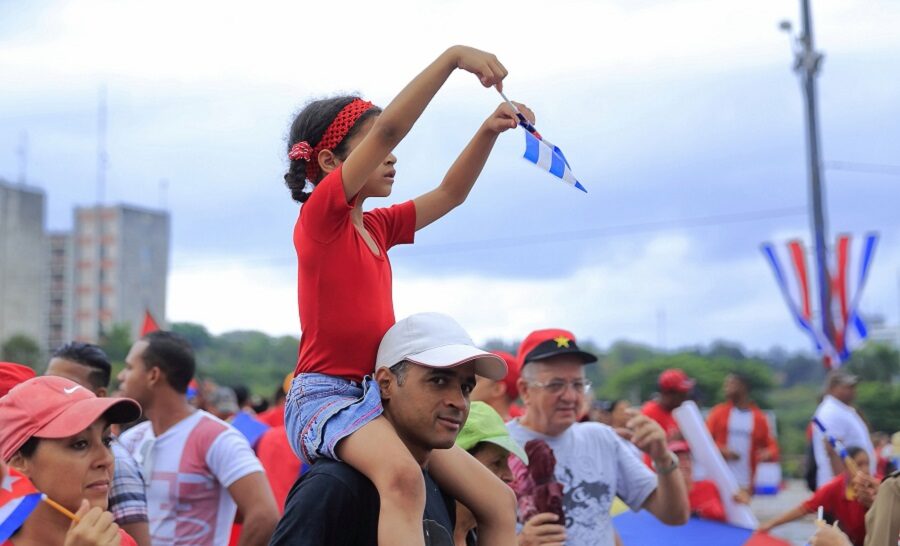 Cuban Americans and their supporters gathered Tuesday for a “Cuba Libre” demonstration on the front lawn of the Capitol to support Cubans’ fight for freedom from communism and demand action by President Joe Biden.

“We are demanding that the dictatorship tell us where all the missing people are,” Marta Beatriz Ferrer, whose activist father disappeared in Cuba two weeks ago, told The Daily Signal in Spanish.

The “Free Cuba” demonstration featured prominent Republican lawmakers, including House Minority Leader Kevin McCarthy of California. They spoke out regarding Cuba’s communist regime, shortages of essential goods and services, the lack of internet connectivity following recent protests in the island nation, and what protesters called insufficient support from the Biden administration.

“What has caused all of this is the lack of freedom,” Alian Collazo, a Florida resident who helped organize the rally, told The Daily Signal.

“The lack of freedom in Cuba starts with everything,” Collazo said. “It is not just about freedom of the press and freedom of speech. Those are the fundamental things that they are asking for. But it goes down to every avenue of freedom that one can think of.”

Collazo, 26, left Cuba on a raft at age 8 with his mother, the Tampa Bay Times reported.

Many demonstrators carried signs and related paraphernalia expressing support for the Cuban people.

Messages on signs included “SOS Cuba,” “Libertad,” and “Freedom for the Cuban People.”

Watch the video from The Daily Signal’s Philip Reynolds and Michael Alfonso to hear why the fight for freedom in Cuba means so much, and to see some highlights of the rally.

Jolene is a journalism major at the University of Southern California and a member of the Young Leaders Program at The Heritage Foundation. Copyright 2021 The Daily Signal.