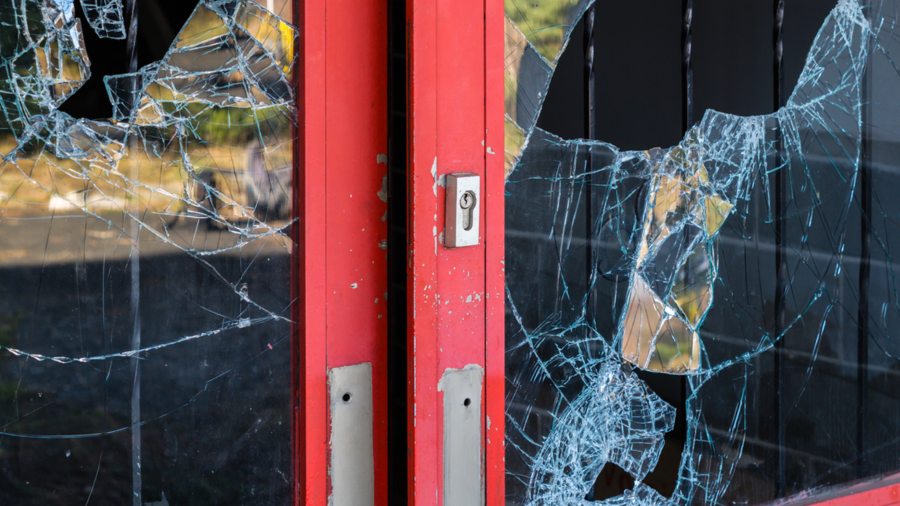 In the classic sitcom from the 1960s, Get Smart, the bad guys were from an organization called “Chaos.” The good guys, led by Maxwell Smart, were called “Control.”

Today, chaos is often prevailing over control. Only this isn’t a comedy, and the results are tragic. We are experiencing a crime wave seldom seen in previous times in America.

Murders are up. ABC News notes: “At least 12 major U.S. cities have broken annual homicide records in 2021 — and there’s still three weeks to go in the year.” One police captain said it’s “worse than a war zone around here lately.”

But homicide isn’t the only crime that is way up. On “Black Friday,” when stores are supposed to have such strong sales because of Christmas (putting them in the black), many businesses were instead hit with a rash of smash-and-grab robberies across the country. Home Depots, Nordstroms, Best Buys, Foot Lockers and others have been hit in places like San Francisco, Los Angeles and Chicago.

Rabbi Lapin adds, “Does he want chaos in the streets? Absolutely, that has always been the dream of the revolutionaries.

Nbcchicago.com reports, “Police are alerting businesses in Chicago to recent thefts of purses at retail shops. … The thieves flee in vehicles, most of which were reported stolen.”

Fox32 of Chicago reports on a robbery over this past weekend, in which luxury jewelry items were stolen. Yet Mayor Lori Lightfoot apparently blames the companies hit. She recently said, “I’m disappointed that they are not doing more to take safety and make it a priority.”

Chicago mayor Lori Lightfoot says that if you run a business in Chicago, you should be doing more to protect it and she's disappointed with retailers. It's your fault if your store gets looted. pic.twitter.com/Ik6O5rkGPC

In early December, thousands of dollars’ worth of toys and other goods for Christmas were gathered by a non-profit in Chicago to help the underprivileged — and were stolen under cover of night.

When California Governor Gavin Newsom was on The View, Joy Behar, no friend of conservatives, told him, “Critics in law enforcement blame this on your lax bail and theft policies emboldening criminals.”

Newsom responded that the crimes like this are just as bad in Texas as they are in California, only Fox News won’t show that. The claim is misleading at best.

Defunding the Police is Taking Its Toll

What’s going on? An incessant call for defunding the police is taking its toll. Meanwhile, we have crime with no punishment. Leftist prosecutors, district attorneys, and judges are letting many criminals go with a slap on the wrist, if that. Recently a career criminal who tried to run over his wife with a car in Wisconsin was released on a mere $1000 bail — only to purposely drive into a Christmas parade two days later killing six and injuring 62.

Some of those magistrates (including the prosecutor who let the parade killer out) have been elected with money pouring in from George Soros, an atheist who wants to see America (his adopted country) brought down several pegs.

I interviewed Rabbi Daniel Lapin, founder of the American Alliance of Jews and Christians, for our D. James Kennedy Ministries television special on Soros.

The rabbi told our viewers, “There’s no question that Soros money and Soros-inspired money is flowing into the crowds busy smashing plate glass windows in the cities of Denver, Atlanta, Chicago, Houston, and in cities everywhere else around the country.”

Does Soros Want Chaos in the Streets?

As Tucker Carlson of Fox News has pointed out, as quoted in Newsweek: “[Soros’] latest area of focus is criminal justice. From Texas to Philadelphia [and] the state of Virginia, Soros has reportedly spent millions of dollars backing candidates for District Attorney, for prosecutor. Once elected, these candidates … have ended cash bail, treated felonies like misdemeanors, and sometimes ignored some crimes entirely.”

Rabbi Lapin adds, “Does he want chaos in the streets? Absolutely, that has always been the dream of the revolutionaries. It’s always been the fervent desire of those who understand that in order to rebuild society, you first of all have to destroy what is.”

The founders of America were very concerned about order in society.

When Your View of Humanity is Off

What’s happening in America today with our crime wave is bad anthropology run amok. Biblical anthropology asserts that man is sinful and crimes need to be punished. Bad anthropology, like that espoused by Marxists, asserts that man is basically good — but that it’s society or structures that are bad and need to be torn down. Instead, the theory goes, we will rebuild these structures to be more just, affirming the goodness of man. We see the results now being carried out by coddled criminals on the streets.

What horrors Marxism has unleashed on planet earth. Yet it continues to exert its demonic influence. These magistrates, many funded by George Soros the Marxist, are among the latest examples.

And we all suffer — especially the poorest among us — who lack stronger security measures.

The founders of America showed a better way to live in a controlled society, with liberty under the rule of law. How much better that is than the chaos that so many leftist elitists try to unleash on the rest of us.