The lid blew off when African leaders broke the accustomed silence imposed by their dependence on Chinese high-tech loans. 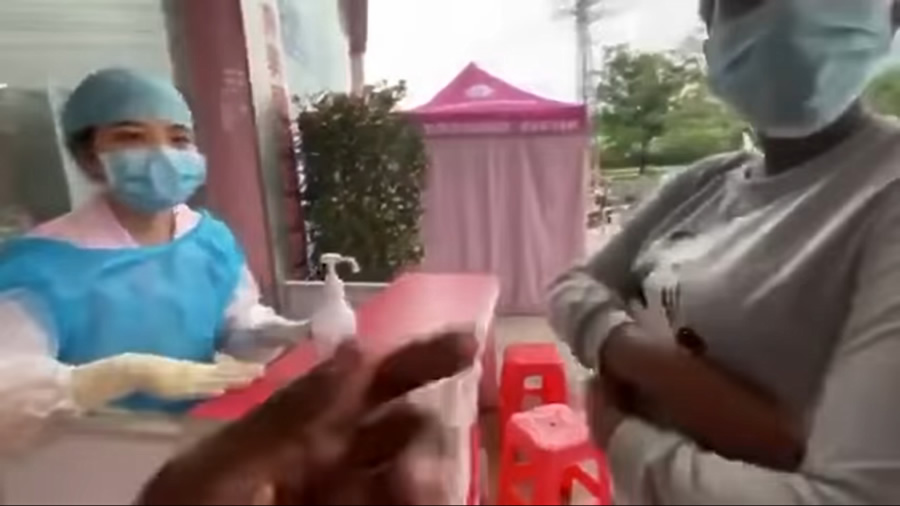 The key flashpoints creating tension between China and Africa are 1) Mistreatment of citizens of African countries living in China, particularly in Guangzhou, capital of Guangdong province and 2) Beijing’s position on granting debt relief to countries in Africa so they can direct resources to dealing with the coronavirus. According to a Politico article from April 2020,

In one incident, Nigeria’s speaker of the House of Representatives, Femi Gbajabiamila, posted a video of himself summoning Chinese Ambassador Zhou Pingjian to his office where he expressed his displeasure about a Nigerian man being evicted from his home.

While nobody expects China to lose its place as Africa’s biggest bilateral lender and trade partner, analysts and African diplomats say there is a distinct possibility of lasting damage. Reluctance from China to endorse a G-20 decision to suspend Africa’s debt payments until the end of the year has exacerbated the sense of frustration, they said.

In this first part of a two-part series, we’ll look at the events in Guangzhou, capital of China’s southernmost province, last spring that led to a global public outcry. In Part 2, we’ll look at the lopsided economic relationship between China and several African countries.

All Africans in Guangzhou Were Presumed to Be Infected

In April, the Chinese government and the heads of several African nations engaged in a highly public conflict after videos and images on social and traditional media showed Africans being mistreated due to coronavirus fears in Guangzhou.

The BBC interviewed a student at Guangdong University who was suddenly evicted:

Ade* was given until midnight to vacate his apartment.

Five months earlier, the Nigerian student had moved to Guangzhou, southern China, to study computing at Guangdong university. He had just paid his university fees for the new semester when his landlord informed him that he needed to leave.

He scrambled to pack his belongings. The police were waiting for him and his roommates outside.

When he attempted to drop off his bags at a friend’s warehouse, he was prevented from entering. He spent several nights sleeping on the streets.

“Look how they are treating us, how they forced us out of our houses and forced us to self-quarantine,” he told the BBC from a hotel in the city.

“They told me that the [test] result is out and I am negative. Still they don’t want me to go out.”

His story is not unique to the city. One community leader said the majority of Africans living in China have been forced to quarantine and take multiple COVID-19 tests. Africans post their negative test results on their encrypted social media group in Guangzhou. They are then told they still have to quarantine “because of the rising number of cases in Africa” even though they have not traveled to Africa.

Many African residents of Guangzhou feel they are being targeted so that authorities can blame new cases of the virus on the African population. According to a VOA article,

We as Africans wake every morning, and there are people standing at your door, they say you have to undergo this test. So it was a confusing situation because some of us were thinking that ‘Oh, now they want to put the virus in us, not just checking us,” Ndayigengesere told VOA’s Central Africa service.

The fear is compounded by a lack of explanation from authorities. “The fact that there was no information given or a notice before what was happening. It was very confusing,” Ndayigengesere said.

Underlying the tension between locals and African nationals in China is the large number of people, predominantly from western African countries, who have overstayed their visas or “lost their passports.” They then live as untraceable immigrants in China. They pose a problem for the Chinese government’s surveillance strategies to control and curb the pandemic.

Racial tensions between Chinese and African residents are hardly new but African leaders and Chinese ambassadors have not typically aired confrontations over such matters.

Notably, local authorities have identified Africa as the source of the largest number of imported COVID-19 cases—among all foreign cases identified in Guangzhou, 76 percent have been from African countries, including 36 percent from Nigeria alone. More specifically, by April 11, the city of Guangzhou had identified a total of 119 imported cases of COVID-19, 25 of whom are foreign nationals—including nine Nigerians, three Angolans, two Nigeriens, two from the Democratic Republic of the Congo, and one each from France, Brazil, the U.K., Australia, Syria, Russia, Ethiopia, Burkina Faso, and Madagascar.

Though the Chinese government says that it does not discriminate among foreigners, Africans report that whites and non-Africans are not treated the same way as they are. For example, when African nationals were evicted from their homes, they were then required to pay for their lodging in hotel under mandatory quarantine and for medical treatment related to COVID-19, which might including the multiple tests that they were required to take. Other foreigners would also have had to pay but not all foreigners were required to quarantine in hotels.

African Leaders Break Their Usual Silence on Relations With China

Racial tensions between Chinese and African residents are hardly new but African leaders and Chinese ambassadors have not typically aired confrontations over such matters. Many African countries have benefited from China’s economic loans and infrastructure projects. However, the situation in Guangzhou brought the tension into the open.

According to The Diplomat, African leaders, celebrities, and citizens publicly condemned China’s treatment of Africans in Guangzhou (April 2020). The United States has also condemned the actions against Africans as racist, pointing out that black Americans were also targeted, possibly because the public order in Guangzhou was to refuse business to anyone “who looks African.”

Meanwhile, Kenyan MP Moses Kuria (pictured) said on his Facebook page that Chinese nationals in Kenya should go back to their own country. He asked why the Chinese government is blaming Africans for a virus “you manufactured in a Wuhan laboratory.”

As of this writing, the global consensus is that the virus did originate in Wuhan in southeastern China. The French National Center for Scientific Research says the virus may have come from a laboratory mishap. Beyond that, however, we know little of its origins. Accusing Chinese nationals in Kenya of malign intentions seems to be a response to widespread blanket suspicion of Africans (and people who look like Africans) in China.

According to Brookings, the result has been a “series of formal and official diplomatic protests from the African Union and African countries toward China.” Some, like The Diplomat’s Eleanor Albert, wonder if the unprecedented public display has irrevocably damaged China-Africa relations:

This wave of discrimination not only exposed how swiftly local policies can frustrate and stymie broader Chinese foreign policy objectives, but also shed light on the disparate experiences of foreigners living in China — notably between those from the wealthier West and those from developing countries.

In Part 2, we’ll look at how the pandemic has intensified tensions between African nations that have accrued substantial debt from China for high-tech development and the Chinese government’s decisions on debt relief.

Heather Zeiger is a freelance science writer in Dallas, Texas. She has advanced degrees in chemistry and bioethics and writes on the intersection of science, technology and society. She also serves as a research analyst with The Center for Bioethics & Human Dignity. Heather writes for bioethics.com, Salvo Magazine, and her work has appeared in Relevant, MercatorNet, Quartz, and The New Atlantis.