COVID-19 and Life Under ‘House Arrest’: Learning Joy From One Who’s Been There 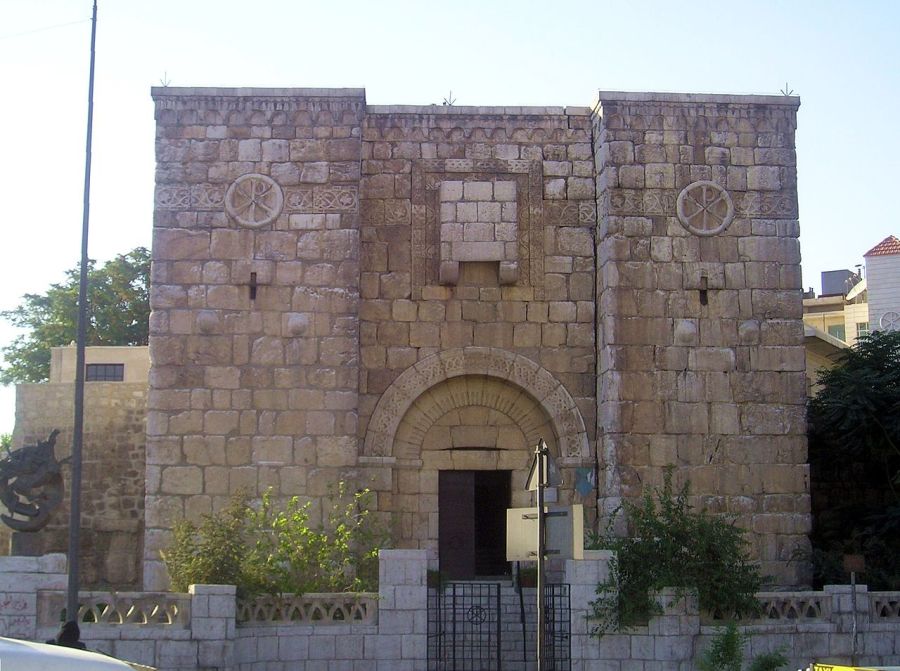 Bab Kisan, believed to be where Paul escaped from persecution in Damascus.

Millions of us are under house arrest right now for nothing we did wrong. What can we learn from others who’ve been there before?

Granted, that’s not exactly the truth. Quarantine isn’t arrest, and neither is self-imposed isolation due to this virus. Every life is unique, every experience different. Most of us, though, can at least get out and take a walk or maybe even a drive. We don’t have guards; we may not have many visitors, either. Some of us are weighed down with extreme economic and/or health concerns, for ourselves or for others we love.

Yet there are similarities there, too. You might think it’s bleak enough on its own without calling it “house arrest.” I have a reason for going there, though, and it’s simply this: We’re not the first. Others have made it through even worse confinements, and we can learn from them. Some have been victims of errors in the justice system, others incarcerated because of prejudice alone. Some were (and are) political prisoners, and others have been persecuted for their religious beliefs.

Today I’m starting a short series on what we can learn from some of them, starting with the apostle Paul, then the early Christian writer Boethius (a political prisoner with profound Christian insights). I’ll read from Dietrich Bonhoeffer, another political prisoner, and his Letters and Papers from Prison, then Martin Luther King Jr.’s Letter from a Birmingham Jail. (Any other ideas?)

The apostle Paul had it rough:

And that doesn’t even include his many imprisonments. He wrote four letters generally called “Prison Epistles.” Ephesians, Phillipians, Colossians, and Philemon. His second letter to Timothy also came from prison (2 Tim. 2:9).

Phillipians is the best of them all for telling how he was doing there, and its one overriding theme is joy. He finds joy in God’s people, in Christ, in the advance of the gospel, in the assurance of his future with Jesus. (You can find the references — read the book!) He is cheered by Timothy, Epaphroditus, and the Phillipian church he was writing to. He considers it of “surpassing worth” to know Christ, including the privilege of “sharing in his sufferings.” He caps it with the instruction to “Rejoice in the Lord always, and again I will say, Rejoice.”

Christ at the Center

How’d he do it? How did he maintain such joy?

Paul knew that “to live is Christ, and to die is gain.” That’s the sum of it, as far as I can see. He wanted above all to live in fellowship with Christ, and to teach, instruct, evangelize, and encourage others to do the same. Paul knew that Christ was with him in prison as much as anywhere. He knew that he was Jesus’ bondservant, which simplified his own duties to obeying and following Christ in whatever circumstance he was. He had the discipline to focus on whatever is true, honorable, just, pure, lovely, commendable, and excellent. What a great way to keep from falling into bitterness and resentment!

And he had “learned in whatever situation I am to be content,” because “I can do all things through him who strengthens me.” The power of God himself gave him strength to maintain his joy.

That’s lesson one from Paul: Keep Christ at the center

Paul gives us practical examples, too, for how to maintain joy in confinement:

We can do all of these. Some (3 and 4) might be by phone, video, or social media in these days of extreme social distancing. That’s real enough to count, though. And these are the kinds of things that can lend real personal meaning to what we do, even if it’s from a confined place.