Author is on board of organization that helped Liberia hold safe elections during an Ebola outbreak. He insists Americans can go to the polls safely, despite Democratic efforts to rewrite election rules. 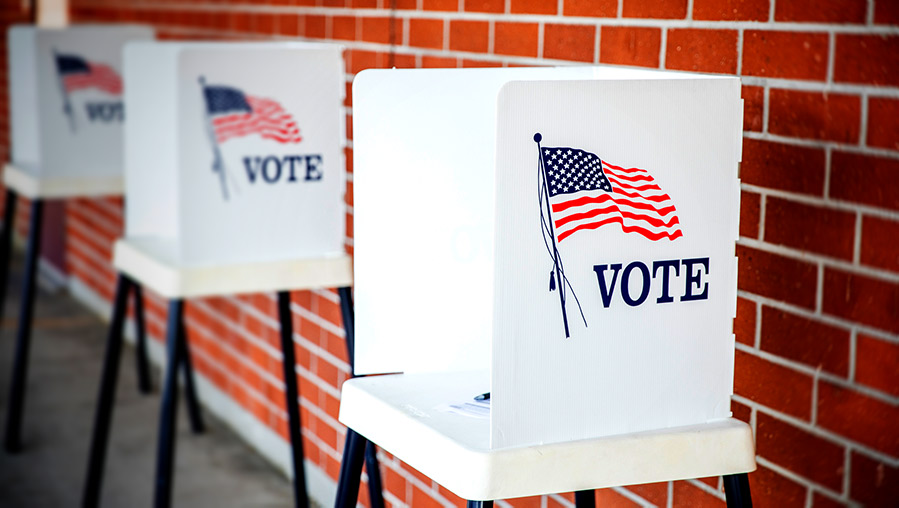 This pandemic may seem like it’s changed everything, but it has not changed the rules of our constitutional republic. Let’s keep it that way.

At the moment, there is a movement afoot to junk in-person voting, the manner in which the vast majority of American ballots have been cast since before the American Revolution. The radicals behind this, aided by House Speaker Nancy Pelosi at the federal level, and echoed by some elected officials in a number of states, are using the pandemic as cover for bald-faced partisan skullduggery.

They’re exploiting the pandemic to instill fear in our electoral process, forcing a solution for a problem that doesn’t exist — namely, that people won’t be able to get to the polls because of the coronavirus. This is a patently false assumption, as other countries have learned in similar crises. And, it was not the case in America in 1918 during the outbreak of Spanish Flu pandemic.

Transparently, the motive behind junking in-person voting this November is that big government liberal believe doing so will help them win. Speaker Pelosi even tried to condition urgently-needed coronavirus relief on a wish list of long-standing electioneering aims, including same-day voter registration, legalized “ballot harvesting,” and mandatory early mail-in voting. Fortunately, congressional guardians of the U.S. Constitution stymied that scheme.

Had Speaker Pelosi gotten her way, states would effectively have been forced to abandon the common-sense measures they currently have in place which prevent fraudulent voting while extending the 2020 elections from one day to a month-long process. Political strategists on the left believe this will help them defeat President Donald Trump, regain the majority in the Senate and keep Mrs. Pelosi Speaker.

The partisan motives behind these recent electoral “reform” proposals, along with the manifest opportunities for voter fraud and coercion they present — such as giving partisan activists absolute control over physical ballots — are reason enough to oppose them.

But there’s another glaring issue that’s worth pointing out: contrary to their proponents’ efforts to present them as a necessary concession to the coronavirus pandemic, the new voting procedures are clearly unnecessary from a public health perspective.

The United States has the world’s most mature and developed democratic system, and an extraordinary amount of resources to tackle the problems the coronavirus creates. This pandemic isn’t even uncharted ground. The bipartisan organization of which I am a board member, the International Foundation for Electoral Systems (IFES), has been involved in similar situations before around the globe. While IFES is not involved in domestic elections, it is recognized internationally as a thought leader in election administration.

In 2014, as the Ebola virus raged in West Africa, the country of Liberia was slated to hold a crucial election. Some argued that in-person voting should be suspended, but that could have thrown the legitimacy of the results into question due to the mere possibility of widespread fraud. Instead, IFES was able to help develop protocols for voters and poll workers that kept them safe while allowing Liberians to participate in a free, fair, and in-person election.

That was the right call in Liberia. Maintaining electoral continuity almost always is. If the rules of the game are allowed to change at the last minute — especially in a way that even seems to benefit one political party over its opposition — democracy itself is cheapened and delegitimized.

If They Can Do It, So Can We

If Liberia was able to safely hold an in-person election amidst an Ebola outbreak, there is no reason we cannot do so here in the United States in the wake of this pandemic. It will take planning, resources, and carefully-developed protocols, but adhering to our existing set of electoral rules is well worth the effort.

Besides, there’s no question that America has the resources and institutional knowledge to make this work. In our work abroad, IFES has already worked to create an effective protocol for holding in-person elections in countries dealing with coronavirus outbreaks. If they can do it, so can we.

Even after the worst of this crisis is over, some aspects of our daily lives will be forever altered. We can’t let the coronavirus take away the integrity of our elections. It’s just too important!

Ken Blackwell served as mayor of Cincinnati, Ohio, Ohio Secretary of State and U.S. ambassador to U.N. Human Right Commission. He currently serves on the National Leadership Council of the Save Our Country Coalition.

Uncertainty About COVID-19 Warrants Our Humility