Edith Cavell was responsible for one thousand Allied soldiers eventually making their way home from Belgium in WWI. 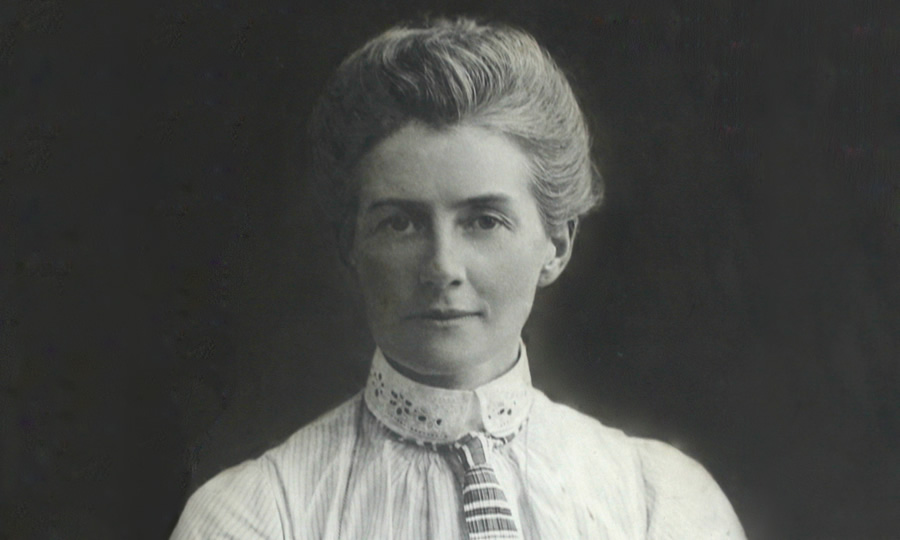 Nazi Germany forced France to surrender on June 22, 1940. A day later, Adolf Hitler himself toured the conquered capital of Paris, where he personally ordered the destruction of two memorials to heroes from the First World War. December 4, 2019 is the 154th anniversary of the birth of one of them, a remarkable woman named Edith Cavell.

Her story is an example of the age-old tragedy that repeats itself every single minute somewhere in the world: a genuinely good individual whose life is snuffed out by some lousy government for a pointless purpose.

Born in 1865 in Swardeston, England, Edith Cavell was 30 when she chose nursing as a professional career. The inspiration had come to her while caring for her father during a serious illness, from which he recovered. During her training, she worked at several hospitals and later traveled around southeastern England treating patients in their homes for diseases from appendicitis to cancer. She earned a sterling reputation for her attention to detail, a congenial bedside manner and, says one biographer, a “ferocious sense of duty.”

At the insistence of a surgeon in Brussels, she went to Belgium in 1907 and became instrumental in the founding of Belgium’s first school of nursing. According to Kathy Warnes of the website Windows to World History, Cavell was soon training aspiring nurses for three hospitals, 24 schools, and 13 kindergartens in Belgium. She became the first matron of the Berkendael Institute in Brussels.

‘The War to End All Wars’

Then, the guns of August 1914 heralded the beginning of World War I. It was supposed to be “the war to end all wars,” the conflict that would “make the world safe for democracy.” It would prove to be, of course, nothing of the sort. It was one of the most senseless and destructive conflicts ever started by fools with political power. As I wrote in an essay about another hero of the time, Siegfried Sassoon,

More than a century after its end, World War I remains an enigma to people everywhere. We take history courses and still ask, “What was it all about?” or “What could possibly have justified the unimaginable slaughter and devastation it caused?”

Its main result was to make inevitable an even deadlier conflagration a quarter-century later. Perhaps few adventures in history were more absurd in origin, outrageous in duration, and counterproductive in their consequences than the one that began when an obscure, royal Austrian oddball was assassinated in Sarajevo in June 1914. …

One of every eight British men who served on the western front in World War I died in the trenches or in the ghastly death zones that separated them. Casualties—the wounded in addition to the killed—totaled a staggering 56 percent.

Though it was the first war in which disease claimed fewer men than combat, that may not be due to medical advances as much as to the ruthless precision of machine guns and shell fire and the endless, violent gridlock of trench warfare.

When Germany occupied Belgium in the fall of 1914, the Kaiser’s troops allowed Cavell, a citizen of an enemy country (England), to stay in charge of her Institute but they kept their eyes on her as she treated combatants from both sides in the hospital and training school.

Who could find fault with Cavell if she had chosen to flee for home in England? A testimony to her courage, she not only remained, she joined the Belgian Underground at the first invitation. Her new mission was to rescue Allied soldiers separated from their units. In Silent in an Evil Time: The Brave War of Edith Cavell, Jack Batten writes that for the next nine months, she

sheltered escaping soldiers in her hospital, using trickery to keep the suspicious Germans from discovering them. She helped arrange a secret route to neutral Holland and back to England at great personal risk, enabling soldiers of all ranks to slip through German lines. Using the institute as part of an elaborate Allied escape route, Edith Cavell was responsible for one thousand soldiers eventually making their way home.

Catherine Butcher’s 2015 biography, Edith Cavell: Faith Before the Firing Squad, reports that Brussels at the time was teeming with an estimated 6,000 German spies. Perhaps it was only a matter of time before Cavell’s activities were uncovered. More than once, she narrowly escaped capture. Butcher writes,

Edith was always on the lookout, ready to respond if the secret police visited the hospital. She hid Charlie Scott, a Norfolk-born soldier, in a barrel one night when the Germans sprang a surprise search on them. Once he was inside the barrel, she tipped apples on top of him so he would not be found.

German suspicions led to Cavell’s arrest on August 3, 1915. Accused of treason, she was court-martialed, found guilty, and sentenced to death by firing squad.

Without Fear and Without Hate

Among the notes she wrote while incarcerated was a September 14 letter to a group of nurses, thanking them for flowers they had sent to the jail. She ended it with these words:

In everything one can learn new lessons of life, and if you were in my place you would realize how precious liberty is and would certainly undertake never to abuse it. To be a good nurse one must have lots of patience; here, one learns to have that quality, I assure you.

At her subsequent trial, the prosecution posed only a dozen questions. From the first, she answered truthfully and boldly. Yes, she had helped hundreds to escape and she was proud of it. When asked if she realized what she was doing was “to the disadvantage of Germany,” she bravely replied that her preoccupation was “to help the men who applied to me to reach the frontier; once across, they were free.”

At dawn on October 12, at the age of 49, she “met her fate with fortitude and without the slightest sign of fear.”

She had told her chaplain the night before, “Standing as I do in view of God and eternity, I realize that patriotism is not enough. I must have no hatred or bitterness toward anyone.” That would be a tall order for any mortal in a similar situation, but Cavell was a woman of profound faith and confidence..

I hope that if ever I found myself in circumstances similar to that of Edith Cavell’s in 1915, I could muster even half the courage that she did.

At the time, the word of Cavell’s execution produced worldwide outrage. She was seen as a brave martyr, a gentle hero amid the carnage of savage warfare. Brits and Belgians rallied around her name and vowed to keep her memory alive. In 1939, a film about her starring Anna Neagle and George Sanders appeared to worldwide acclaim. You can now understand why just a year later, Hitler sought to erase her from history by destroying a monument.

Today, however, Edith Cavell is commemorated in many ways and places — in her native Britain and well as on the Continent. My personal favorite is the stunning statue of her next to St. Martin’s-in-the-Field Church in London’s Trafalgar Square. The plinth is emblazoned with her name and those words she spoke to her chaplain. This five-foot-three woman of slight build, brown hair, and gray eyes towers over the street her image surveys.

Putting one’s own life on the line in defiance of earthly power — especially in the defense of the lives and freedoms of others — is a powerful inspiration. I am grateful for it and hopeful that if ever I found myself in circumstances similar to that of Edith Cavell’s in 1915, I could muster even half the courage that she did.

The Solzhenitsyn Quote That Explains the ‘Mostly Peaceful’ Violence in America