Contradictory Religions Can’t All Be True 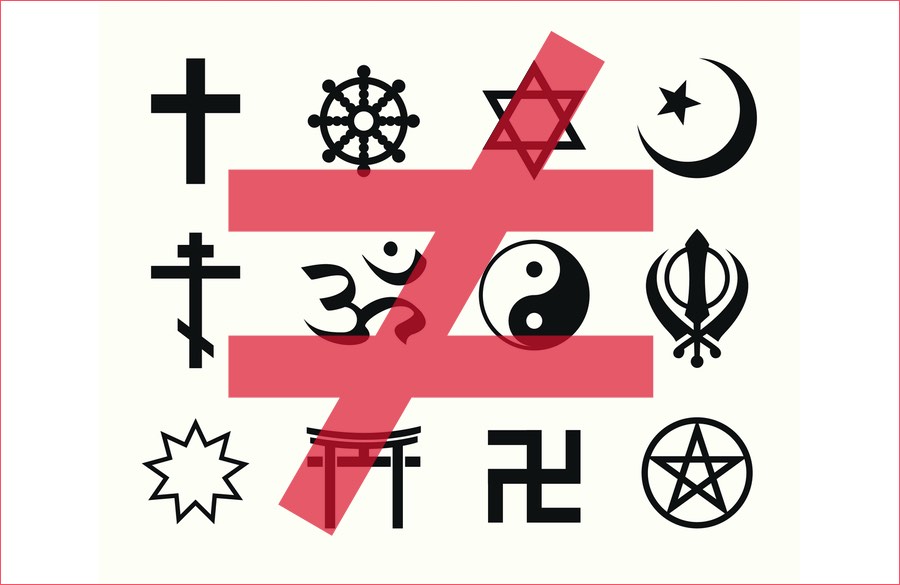 Recently, a co-worker raised an issue that stumps a lot of Christians. “I look at religions as paths up the mountain of truth,” she said. “They all lead to God, just in different ways.”

I silently prayed, then responded with a question. “What do you mean, ‘All religions lead to God, just in different ways’?” I asked.

“It’s like climbing a mountain,” she explained. “There are many trails up, but they all lead to the same end.” Then she gave examples—a Jewish trail, an Islamic trail, a Christian trail, etc.

“Every hiker starts on what he thinks is the correct path,” she continued. “Some of the paths even intersect at times. But ultimately, each one ends at the top of the peak.”

My friend’s philosophy—the idea that all religions are legitimate roads to God with no single correct or true path—is a popular notion you’ve heard before. It’s called “religious pluralism,” and it can be hard to respond to. Here’s how I engaged my co-worker.

First, I found common ground. I agreed that sometimes world religions do have similarities and “cross paths.” Islam, Christianity, and Judaism share similar doctrines. Each teaches there’s one, personal God who is holy, all-powerful, and just. They also teach that we are sinful and need salvation, which includes an eternal afterlife.

Then I asked another question: “What about the differences?”

There’s a reason I asked this question. The fact is, the religions my friend mentioned differ drastically in important ways. Steven Turner said it best in his Modern Thinkers Creed: “We believe that all religions are basically the same…. They all believe in love and goodness. They only differ on matters of creation, sin, heaven, hell, God, and salvation.”

Turner’s point? It’s the differences that matter, not the similarities.

I admitted to my friend that sometimes we do see similarities among world religions, especially the main monotheistic ones—Islam, Judaism and Christianity. But being similar and being equally true are entirely different things.

The most significant difference, I pointed out, is Jesus Christ—who He is and what He did. According to Christianity, Jesus is the God-man who was crucified and rose from the dead. On this claim, the Christian faith stands or falls. Paul was clear on this when he wrote in 1 Corinthians 15, “If Christ has not been raised, your faith is worthless.” He then adds that Christians are to be pitied above all men if Jesus is still in the grave.

Judaism and Islam contradict Christianity here, I pointed out, since they deny Jesus is God and that He rose from the dead. If two major religions deny the central tenet of another major religion, then they can’t all be true. Religious pluralism must be false.

“Jesus said, ‘I am the way, and the truth, and the life; no one comes to the Father but through me,’” I told her. The pluralist position fails because Jesus cannot be the only way and not be the only way at the same time. He couldn’t have been raised and not raised. He couldn’t be God and not be God. Since these religions teach contradictory things, I concluded, they cannot all be true.

“I’ve never thought about it that way,” she admitted. Then we went back to our work.

Notice I didn’t feel pressured to share the gospel with her just then. I’d given her enough to think about for the moment. I didn’t even offer a defense for the Christian worldview. I simply put a stone in her shoe; I gave her something to think about. The next time she thinks about religious pluralism, that stone will annoy her in a good way. Mine was a simple approach you can use, too.

Originally published at Stand to Reason. Used by permission.

Jonathan Noyes holds a master’s degree Christian Apologetics from Biola University, and is now a speaker with Stand to Reason. He also serves on the board of directors for Life Without Limbs and at Beacon Hill Classical Academy, where he teaches discipleship.