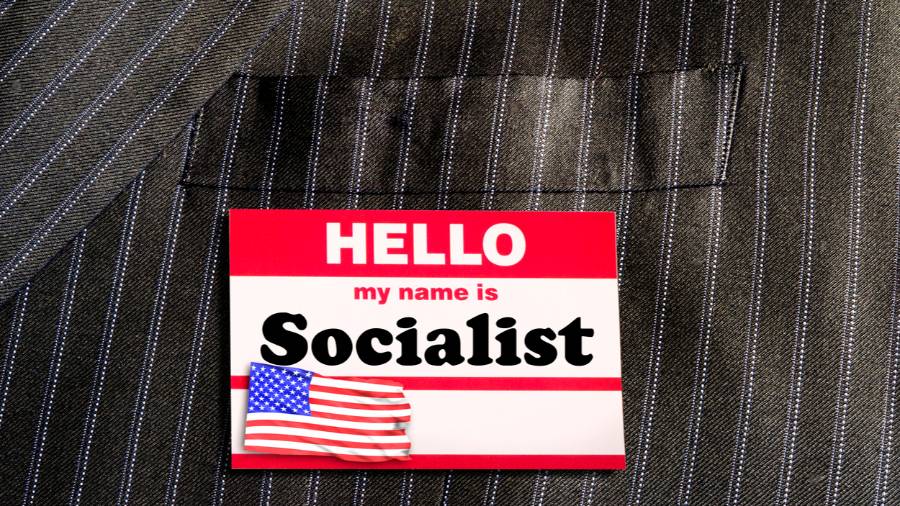 Socialism is the zombie ideology of our era: It fails everywhere, and yet it keeps rising back from the dead.

Sen. Bernie Sanders, I-Vt., arguably has done more than any other living American to market socialism to the next generation. And with Rep. Alexandria Ocasio-Cortez, D-N.Y., following closely in his wake, rest assured we’ll be contending with socialism for years to come.

Embracing Socialism in Some Form

A recent Gallup survey shows that their message is resonating with more and more Americans.

While 51 percent say socialism would be bad for America, 43 percent say it would be good. And notably, among the 18-34-year-old cohort, 58 percent favor socialism while 37 percent disfavor it.

Those numbers hang like a dark cloud over America’s future, but they don’t tell the whole story.

Interestingly, according to Gallup, Americans still favor the free market over government in multiple areas, including technological innovation, health care, and even basic things like wages, distribution of wealth, and the economy overall. And the comparison isn’t even close.

By contrast, Americans favor government over free markets when it comes to protecting consumers’ online privacy and environmental protection. This creates quite a mixed picture, even a contradictory one. As a matter of simple math, there have to be millions of Americans who say they favor some form of socialism, yet favor the free market in general when it comes to certain aspects of their lives.

How can that be?

As it turns out, Americans define “socialism” in quite different ways. Traditionally, socialism has meant government ownership of the means of production — businesses, factories, etc. But today, only 17 percent of Americans hold that definition, according to Gallup. Meanwhile, 23 percent equate socialism with vague notions of social equality. Another 23 percent have no opinion on the matter.

So, the public meaning of “socialism” today is indeterminate, meaning that public opinion toward “socialism” doesn’t tell us very much about people’s policy preferences.

But even if it did tell us a lot, public opinion isn’t the surest predictor of what will pass in Washington. After all, big-government policies have often passed in spite of public disapproval.

Obamacare is case-in-point here. At the height of the Obamacare debate in 2010, 59 percent of Americans disapproved of the bill while just 39 percent approved. That didn’t stop Obamacare from passing with a supermajority in the Senate.

Expansion in Times of Crisis

We should also recall that big-government policies have often come in moments of great national crisis. These moments are often exempt from the dominant themes in public opinion.

Polling trends may be stable in a free-market direction, but when a moment of crisis comes, the public often tolerates — and even demands — immediate action from the government.

That usually translates into an expansion of government.

This happened in both the Great Depression and the Great Recession following the 2007 financial crisis. A host of new programs were created that had little to do with immediate economic recovery — yet they became entrenched parts of the federal government and remain with us to this day.

What’s more, Americans have come to assume these programs are legitimate functions of the federal government. The status quo trains us in what is acceptable, so once a policy becomes enshrined in law, it’s very hard to get rid of. That makes staving off such policies in the first place all the more urgent.

We see this with socialism, too. America’s avowed socialists know the word “socialism” is radioactive in America, so they’ve championed their policies in terms of “fairness” and “equality” while allowing socialist ideology to color those terms.

Such is the strategy with Sanders’ “Medicare for All” bill, a proposal that would allow the government to take over American health care, putting us in league with Canada and the U.K. The bill polls surprisingly well with the public (56 percent approve) until respondents learn that the bill would abolish private insurance. Then, support plummets to 37 percent.

That’s why the fight for truth in policymaking is so important — and why the left’s branding tricks are so pernicious.

Americans still have a gut instinct in favor of freedom and the free market, as shown in the details of the Gallup survey. Conservatives should use that to their advantage by dismantling the left’s branding charade.

The truth of each policy proposal must be placed into the light of day — because once such bills pass, America will “find out what’s in it.” Once that happens, yesterday’s fringe view could become the new normal.