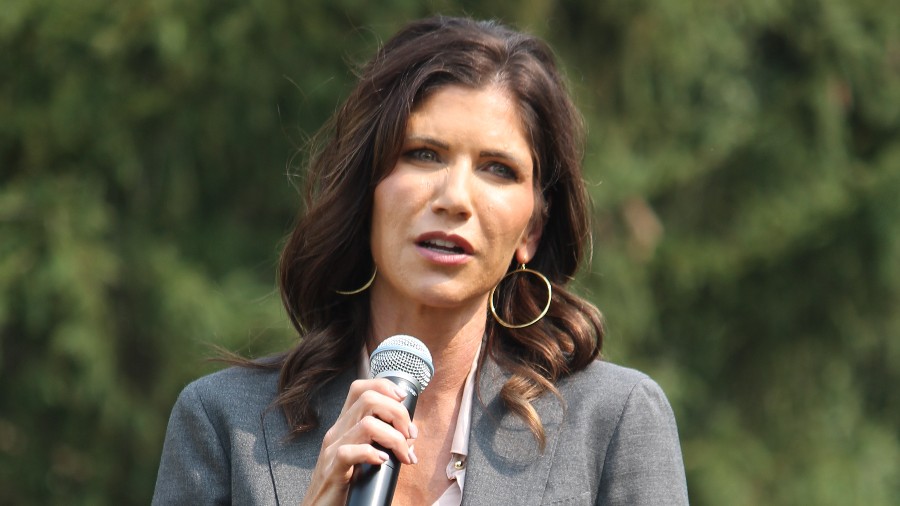 “She made a critical mistake in thinking that she could pander to big business and big tech and to woke ideology and somehow placate conservatives with hollow words,” Alliance Defending Freedom senior counsel Kristen Waggoner told the DCNF Monday.

Noem discussed H.B. 1217 during the Monday press conference where she brought forward athletes to discuss the importance of keeping biological males out of women’s sports. The governor re-iterated her reasons for sending the bill back to the South Dakota legislature with suggestions regarding the bill’s language and said she hopes that the adjustments she requested will be made. Noem said legal experts told her that the bill in its present form would subject South Dakota to lawsuits the state could not win.

The Republican governor also announced that a coalition is being created separate from the bill which bans biological males from participating in women’s high school sports. Noem said she hopes the coalition could grow large enough that the National Collegiate Athletic Association (NCAA) “cannot possibly punish us all.”

ADF’s Waggoner told the DCNF that Noem is either “grossly misinformed” or engaging in “political theater.”

“She’s late to the game on supporting women’s sports and now wants to play the coach,” Waggoner told the DCNF, noting that Mississippi and Idaho, which Noem mentioned, previously have taken action to protect women’s sports, “which is something that so far Governor Noem has been unwilling to do.”

The DCNF previously reported that the governor was wavering in her support for the legislation due to pressure from various groups in South Dakota. Though Noem said as recently as March 8 that she was “excited” to sign the bill, her communications director told the DCNF Friday morning that the governor was still weighing the bill.

Later Friday, Noem announced that she had sent the bill back to the South Dakota Legislature with suggested revisions.

American Principles Project (APP) Director of Policy and Government Affairs Jon Schweppe previously told the DCNF that the governor is being pressured by the NCAA, the South Dakota Chamber of Commerce, and an Amazon plant in Sioux Falls, which Schweppe said is “quietly threatening” to leave over the bill.

When a reporter pressed Noem Monday on whether HB 1217 would negatively affect South Dakota’s economy, Noem replied that she is not worried about negative economic effects with the changes that she has requested.

APP’s President Terry Schilling slammed Noem for her statements surrounding the bill, saying the governor has exposed herself to be a “run-of-the-mill politician” who tries to “appease wealthy and powerful special interests” while at the same time trying to placate her Republican base.

“Kristi Noem had an opportunity to show real leadership on behalf of girl athletes, both in her state and nationwide,” Schilling said in a statement. “All she had to do was put her signature on a bill which convincingly passed the state legislature and which polling has shown is an incredibly popular issue in South Dakota.”

“Noem claimed to be taking action to protect girls’ sports, but in reality, her announced initiative was a meaningless gesture calculated to deflect criticism of her surrender to NCAA threats,” he said.

Noem’s office did not respond to a request for comment for this story.

Waggoner pointed out to the DCNF that Noem cited an NCAA policy as a reason why HB 1217 could not be applied to collegiate athletics, noting that the governor had said legal scholars predicted South Dakota would not prevail in a lawsuit against the NCAA.

“That makes absolutely no sense because one, there is no NCAA policy that precludes it,” Waggoner said. “That’s just not true. And two, even if there was an NCAA policy, what’s she saying is internally inconsistent. How can we say that federal law protects women, but yet we would lose a lawsuit over a policy that violates federal law?”

“It’s an evasive move in order to engage in political theory to satisfy conservatives with empty words and provide no protection,” Waggoner said.