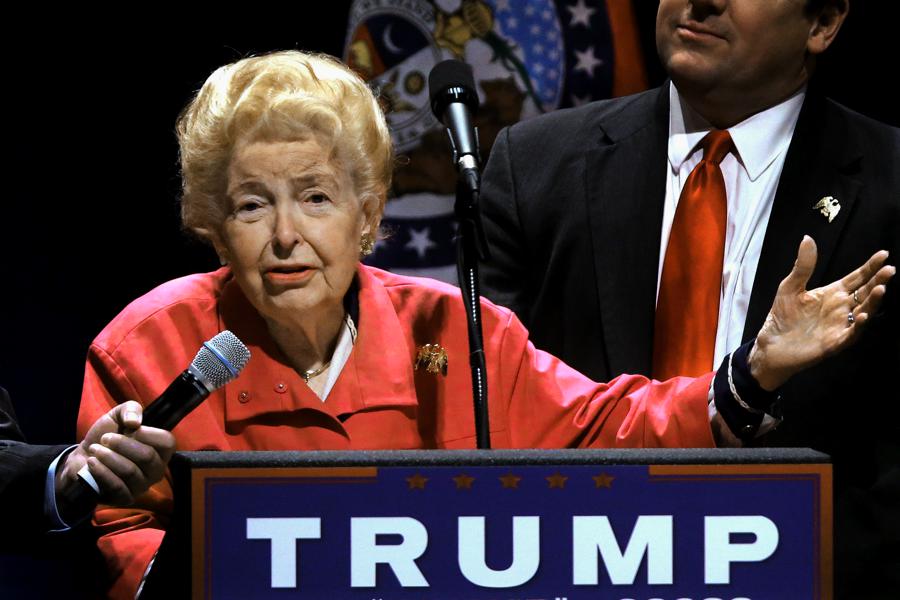 In this March 11, 2016 file photo, longtime conservative activist Phyllis Schlafly endorses Republican presidential candidate Donald Trump before Trump begins speaking at a campaign rally in St. Louis. Schlafly, who helped defeat the Equal Rights Amendment in the 1970s and founded the Eagle Forum political group, has died at age 92. The Eagle Forum announced her death in a statement Monday, Sept. 5, 2016.

This article is available to read at the Associated Press Archive Link here: http://www.apnewsarchive.com/2016/Conservative-activist-Phyllis-Schlafly-has-died/id-8215cee41a3648b28d4ed678119cce87