Congress Must Act Now to Start Rebuilding the US Military 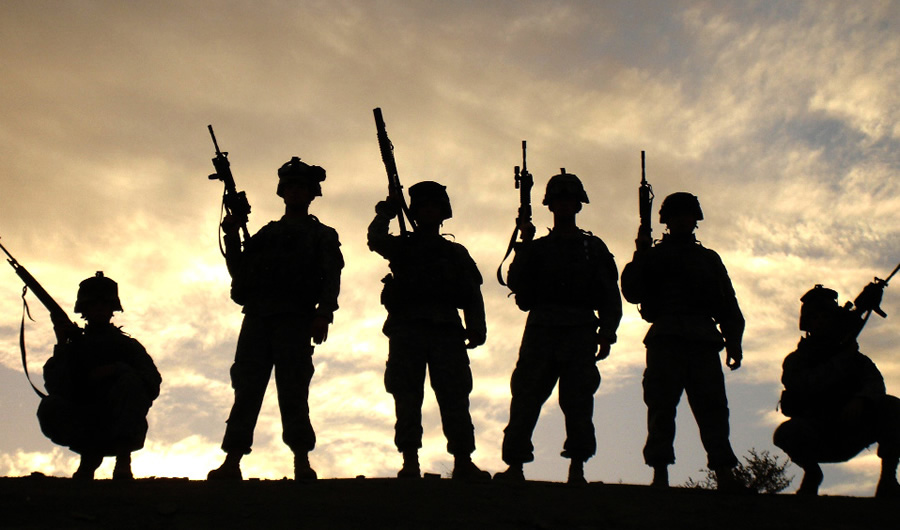 Soldiers from Battery B, 3rd Battalion, 320th Field Artillery Regiment, 101st Airborne Division, pause at the end of a patrol near Wynot, Iraq on October 6, 2005.

This week the House of Representatives takes up the National Defense Authorization Act for fiscal year 2017. Much of the debate and media coverage will revolve around a handful of controversial provisions ranging from nuclear weapons to religious freedom.

These debates are important, but the most important question that Americans should ask Congress is this: Will this bill begin to rebuild the U.S. military?

The U.S. military is in rough shape and needs serious repair. Over the last few months, senior military leaders have repeatedly testified to Congress that America’s military is dangerously weak and unprepared.

For example, Marine Corps mechanics have had to scavenge F-18 parts from museums to keep their planes flying. Even with the scavenging, only 30 percent of those F-18s are ready to fly today. Unfortunately, similar serious challenges face all the military services.

The 2016 Index of U.S. Military Strength looked at the size, capabilities and readiness of each part of the military and concluded that as a package the military is only “marginal” in its ability to protect America. The Army, which just became the smallest since before World War II, fell even lower to a “weak” rating due to the dramatic cuts in its size and readiness.

The trend is clear — the military is getting smaller and less ready.

If the world were becoming more peaceful, a smaller, weaker military might be considered acceptable. But the threats against U.S. vital interests are only growing. America’s personal information and national secrets are being stolen by cyberattacks. Terrorist organizations are alive and eager to do harm to Americans and our friends. Russia has invaded Ukraine. China is building illegal islands.

North Korea has nuclear weapons and long-range missiles and Iran wants them. The reality is that these threats are not going away any time soon, so America must be prepared to defend herself. A smaller, weaker military is going to struggle to defend America.

This is why the defense bill before Congress is so important. Congress can either “rearrange the deck chairs on the Titanic” or it can begin rebuilding the military. Fortunately, the bill coming to the House next week is a significant step in the right direction.

The bill developed by Rep. Mac Thornberry, R-Texas, chairman of the House Armed Services Committee, focuses on the three keys to rebuilding the military: increased readiness, increased force structure and robust modernization. Thornberry’s bill increases the size of the Army and Marine Corps. It buys more ships for the Navy and more planes for the Air Force and funds nuclear weapons modernization. The bill increases funding for training and maintenance, the building blocks of military readiness. While rebuilding the military will take years, this bill stops the bleeding and starts the healing.

Unfortunately, instead of just increasing the overall defense budget to pay for the costs of rebuilding the military, the National Defense Authorization Act only partially funds operations in Iraq and Afghanistan. In theory, this may force the next president to request additional funding for these operations early next year, but it would be far better to fund these operations fully now.

The bill also contains a number of potentially controversial provisions. One provision, based on a bill entitled “Draft America’s Daughters,” would require women to register for the Selective Service and be eligible for any future military drafts. Another would require new military recruits to only buy American-made running shoes. On the positive side, the bill establishes religious freedom protections for faith-based organizations that work with the government.

The bill also proposes significant defense acquisition reforms and major positive changes to the military justice system. And that’s just scratching the surface of this 1,300-page bill. Other debates include the use of Russian rocket engines, military health care, missile defense, liquefied natural gas permitting and whether to keep the prison at Guantanamo Bay open. And perhaps most entertainingly, the bill includes provisions on the sage grouse, the lesser prairie chicken and the burying beetle.

All of these topics should be debated, and the National Defense Authorization Act is one of the best ongoing examples of what congressional oversight should look like. But we must not miss the forest for the trees.

All of these debates should not distract from the most important question: Is Congress going to start rebuilding our military?

The defense authorization bill is the best chance Congress has to stop the downward spiral that our military faces. Threats against our vital interests are growing while our military is shrinking. The men and women in uniform have been asked to do more with less and to stretch themselves ever thinner. At some point the military won’t be able to stretch any further and will break. Now is the time to start rebuilding the U.S. military.