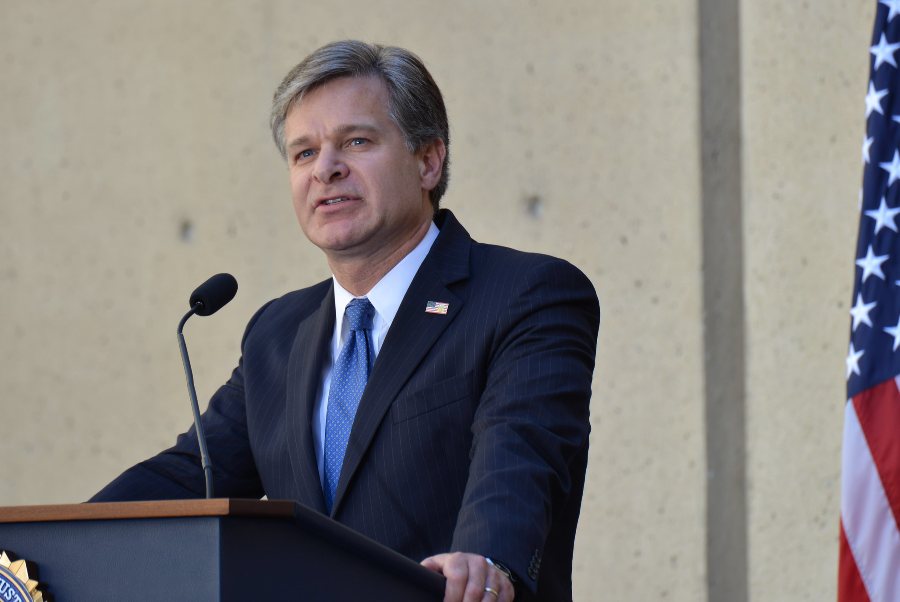 I have no idea where special counsel John Durham is in his investigation of “Crossfire Hurricane,” but at this point one wonders if others who’ve been on the case might be way ahead of him. Paul Sperry of RealClearInvestigations has been following it all along, and he can now show, without a doubt, that there was never anything to it at all. I mean, nothing. At all.

And the FBI knew it.

Have a conversation about the Steele “dossier” with a Democrat even today, and that individual will likely say something like, “Oh, sure, there were some things that they never absolutely verified, like that wild prostitute story, but there were other allegations in it that were corroborated. So the rest of it is probably real, too.”

No. Nothing in the “dossier” was corroborated.

Agent Testifies Under Oath — Allegations Could Not Be Corroborated

Sperry has seen the recently declassified documents with secret testimony by the FBI investigator who was in charge of corroborating it. Though the name of that person is still redacted, Sperry was able to find out through congressional sources that it is FBI Supervisory Intelligence Analyst Brian Auten.

Last October — when the Senate was still run by Republicans — Auten testified behind closed doors before staff investigators for the Senate Judiciary Committee, and he said under oath that neither he nor his team of half a dozen analysts could confirm a single one of Christopher Steele’s allegations, including those they included in FISA applications to use long-term electronic surveillance on several associates of Trump’s campaign.

Auten told the committee under oath that “the actual allegations and the actions described in those reports could not be corroborated.”

FBI Acknowledges — There Was Nothing to Warrant an Investigation

He and his team worked hard to find out if any of it was true. Auten is a leading specialist on Russia and was familiar with names and places mentioned in the dossier. They chased down every lead they could, even traveling overseas to interview Steele and others. All they could confirm were publicly available names, entities and positions of some people mentioned in the documents. They also found lots of obvious mistakes. There was nothing to warrant an investigation.

They easily debunked some parts of the dossier, such as the major claim that Michael Cohen went to Prague in the summer of 2016 as part of the Trump campaign to work with Kremlin agents on hacking the election. As it turned out, when Cohen said, “I’ve never been to Prague,” he was telling the truth. Yet Democrats kept the phony “Russian hacking” story going … and going.

I find it interesting that the media could spread a made-up story about Russians hacking the 2016 election for Trump, but if anyone even suggests today that Democrats and/or foreign influences might have done some hacking of their own four years later, they’re thrown off social media immediately and the curtain comes down.

[Auten’s] testimony, kept secret for several months, is eye-opening because it’s the first time anybody from the FBI has acknowledged headquarters failed to verify any of the dossier evidence supporting the wiretaps as true and correct.

It gets worse. Not only did they not corroborate any part of the dossier, but they also failed to inform the Court of this. They were duty-bound to inform the FISA Court that they had nothing, but instead, they reverently referred to their steaming pile of poo as “Crown material” (Steele’s a Brit) and used it for all four warrants to spy on Trump campaign adviser Carter Page. According to testimony from former acting FBI Director Andrew McCabe, without the dossier, the warrants could not have been obtained. (I would note that a previous warrant application that didn’t use the dossier had been rejected, so this is true.)

The warrant applications against Page, an American citizen, refer to him as a “Russian agent.” Recall that in January of this year, Kevin Clinesmith pleaded guilty to one count of falsifying evidence for altering a government document that had originally said Page had worked for the CIA as a confidential source. Clinesmith changed it to say that Page had NOT worked for the CIA. That’s the one criminal conviction that Durham has obtained so far.

Page, who after a year of being spied on was never charged with anything, is now suing the FBI, as well as Auten personally and some others who were involved. We wish him well in that endeavor. Sperry’s report doesn’t go into this, but since Hillary’s campaign funded the creation of the dossier through law firm Perkins Coie, I wonder if he might name any of them in the lawsuit as well. Marc Elias of Perkins Coie is still very active in engineering election outcomes; why, just last year, he traveled around the country pushing for unconstitutional changes in many states that made it easier to cheat. I’m not a lawyer and don’t know if it makes sense from a legal standpoint, but, gosh, it would be such fun to see him and Perkins Coie and even Hillary on a list of defendants. They’ve caused a lot of damage; Carter Page is just one example.

Anyway, Auten and his team put together a “spreadsheet” of information that appeared at first glance to be corroboration, but as it turned out, this was all in the form of media reports. They even included reports that had used Steele himself as the source — Steele verifying Steele. No real evidence.

Sperry’s article — highly recommended reading — gives a lot more detail about what Auten was doing with the dossier and the cavalier way he spoke of its deficiencies in testimony and with colleagues.

Sperry quotes FBI Special Agent Michael Biasello as saying Auten should be “held accountable” for his role in what he described as FBI headquarters’ blatant disregard for the diligent process FISA warrants demand.

A FISA warrant must be fully corroborated, Biasello said. Every statement, phrase, paragraph must be verified in order for the affiant to attest before a judge that the contents are true and correct.

He said he’d seen agents and analysts “obsessed” with the accuracy of these documents.

To think the Crossfire team signed off on those FISA affidavits knowing the contents were uncorroborated is unconscionable, immoral and also illegal, Biasello told Sperry. All of them must be prosecuted for perjury, fraud and other federal crimes.

According to the IG report prepared by Michael Horowitz, Auten said he wasn’t concerned by Steele’s animus towards Trump and also that it was “immaterial” that the dossier was paid for by Hillary’s campaign. (I am not kidding — he really did.) He said the team was “justified” in opening cases against Page, Michael Flynn, Paul Manafort and George Papadopoulos — even though they were concerned enough about what they were doing at the time to discuss taking out professional liability insurance.

So, Where is Brian Auten Today?

So, where is Brian Auten today? To the surprise of no one, he’s still working in his job as a supervisory intelligence analyst at the FBI, under Director Christopher Wray.