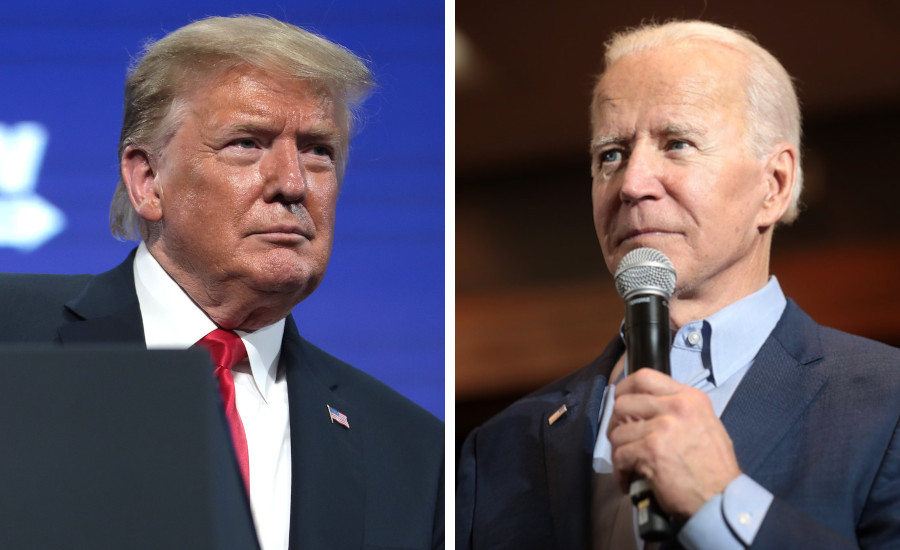 I miss having a President who wildly exaggerated how good everything was. It was invigorating to hear Trump boast that we had the best economy in the universe or the strongest job growth in the history of the world. Sure, it was a little over the top, but you knew the underlying theme was true, and it made you feel good about America and think that things could only get better and not even the sky was the limit.

Flash forward, and now we have a President who wildly exaggerates how bad everything is and actively tries to make us despise and distrust our fellow Americans because of it. Tuesday in Pennsylvania, President Biden ominously claimed that asking people to show the same ID to vote that they had to show to get into the venue where he was speaking is racist oppression on the level of the Ku Klux Klan. And that a handful of rowdy pro-Trump protesters in the Capitol were a worse threat to the government than the Confederate Army during the Civil War. (He hyperbolically added, “That’s not hyperbole.”)

(Megyn Kelly set liberal heads exploding by daring to say what many have started thinking: yes, that is hyperbole, and the “Great Attempted Insurrection of January 6th” has gotten blown way out of proportion. It seems to get bigger every time a Democrat tells it, like a fisherman talking about the one that got away.)

Democrats have to convince us that everything from the weather to showing your ID when you vote is a hair-on-fire emergency, because that’s how you get people to panic, turn against each other, and make bad, rash decisions without thinking — like voting to put Democrats in charge of things.

This is of a piece with claiming that exercising the filibuster in the Senate is an unprecedented assault on democracy. (It’s only okay for the minority to block a majority vote when Texas Democrats do it.) Or that expecting men to stay out of the ladies’ room is hateful transphobic oppression. Or that the growing white supremacy movement is an even bigger threat to America than it was in the days when there actually was a growing white supremacy movement.

Biden is starting to remind me of comic Dana Carvey’s character, “The Grumpy Old Man,” who would fume about how ridiculously terrible things were back in his day, except that Biden does it when he talks about today. Only it’s very selective grumpiness: as Katie Pavlich at Townhall.com reminds us, he’s fulminating against Georgia election laws that are less restrictive than the ones that have prevailed for years in his own home state that he’s never criticized at all.

What Have We Done?!

Democrats have to convince us that everything from the weather to showing your ID when you vote is a hair-on-fire emergency, because that’s how you get people to panic, turn against each other, and make bad, rash decisions without thinking — like voting to put Democrats in charge of things. It usually doesn’t take long before people come to their senses and say, “What have I done?!”

The fact is that America does face many serious problems. We do have violent insurrectionists attacking the very foundations of our government. We have a rising tide of violent crime. We have serious problems with the economy that are threatening to get worse. And we really do have people who are trying to turn us against each other by bringing back awful racist ideas from the past, like segregation and judging people by their skin color instead of their character, and even forcing those poisonous notions onto our children.

The problem with putting Democrats in charge of fixing those things is that every last one of them is coming from their side.