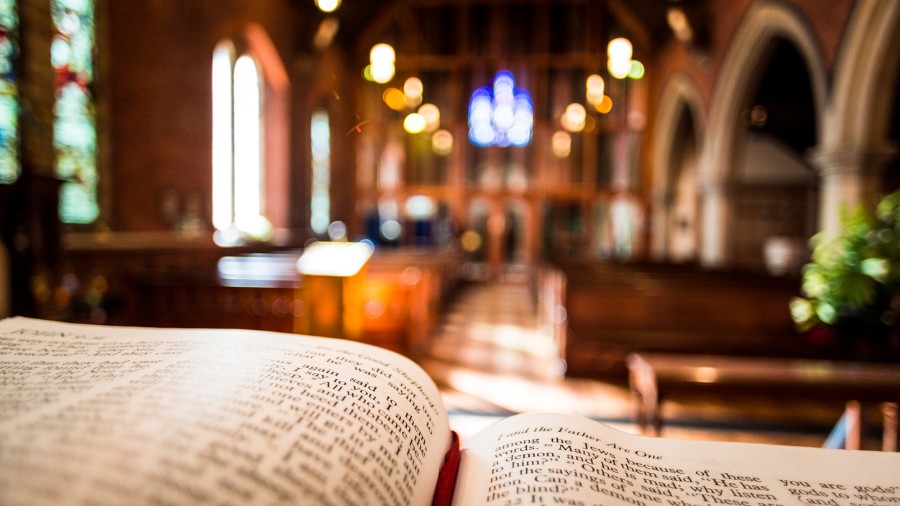 Overnight your Gospel-preaching church could change from being “a cool place to worship” to being branded as a church of bigotry and hate. That’s what happened at The Crossing in Columbia, Missouri — and it could happen anywhere.

A Sermon on Gender Draws Criticism and National Attention

On Sunday, October 13, Pastor Keith Simon preached a message on Genesis 1:27 as part of a new series on Genesis. His topic was gender. The sermon was thoughtful, welcoming, and non-judgmental. In an attempt to speak to the issue of gender confusion, the tone was one of respect and compassion. However, he did affirm the biblical teaching that God created only two genders: male and female. He ended with a series of questions including:

“Are we sure that it is fair for sports to have biological males [who transitioned to female] compete with biological women?”

“Are we sure that we should give hormones to boys entering puberty to prepare them for gender reassignment surgery?”

“Are we sure that our internal feelings of who we are always define reality?”

Normally, such a sermon would not only be expected in an evangelical church, but would be accepted as consistent with Scripture and biology. Nothing unusual so far.

It seems that the church is in a process of being pruned, and while some will remain, others will walk away.

But on Monday, a social media firestorm ensued, and the surrounding community was thrown into a polarized debate. The church had been a long-time sponsor of a local art gallery and a documentary film festival. Within days, an online petition emerged, and was quickly signed by 1,000 citizens urging the art community and film festival to cut their ties to the church. They obediently did so. Personal attacks followed, including calling the pastor the “Anti-Christ.” People who had never entered the church and did not even hear the sermon weighed in, fueling the fire of outrage. After widespread coverage in local newspapers and television, it has now drawn some national attention.

A Church Previously Known for What They Were for

The Crossing has always been actively involved for the good of their community. For example, this past August they raised $430,000 to pay off the medical debt of 42,000 patients in Missouri (a sponsor cooperated with the church, so the sum total of forgiven loans was in the millions). The church supports multiple local organizations that assist those in financial need, and plans annual missions trips to partner with effective ministries in countries with great poverty. Started 20 years ago, it now has an attendance of 4,000. No wonder the word on the street was that this was the place to worship. They were known for what they were for, not what they were against.

But they crossed a trip wire. The current culture rejects civil discourse, rational discussions, and honest evaluations of biological and scientific evidence accepted by many doctors which state that gender tampering can be harmful for children and, for that matter, adults. There has been a consistent push to uncritically accept the contemporary dictum that gender is fluid, that it is a state of mind which can be changed based on vacillating desires and inclinations. Not only can a man become a woman and a woman become a man, but there are also other genders somewhere between the two.

The growing number of stories of heartbreak by those who experienced transgender surgery, only to determine that their gender dysphoria had not been resolved, are ignored. Simply raising these questions has resulted in hatred and vilification of anyone who dares to ask.

For years I have wrestled with the oft-repeated statement, “We have to be known for what we are for and not what we are against.” Given our present political and moral climate, what you “are for” will evaporate in the minds of many once they hear “you are against same-sex marriage and gender fluidity.” It won’t be long until other convictions elicit the same response. We already know that to be pro-life means you hate women; to believe that Jesus is the only way to God is religious bigotry.

Some people may leave The Crossing as a result of this media backlash. But this is the reality that many churches will likely be facing in the coming years. As this issue begins to divide families, communities, and churches, some will begin to separate themselves from organized religion and reject Christianity as a whole. Congregations may begin to thin out. It seems that the church is in a process of being pruned, and while some will remain, others will walk away.

I know that parallels between our situation in the United States and Nazi Germany can be easily overdrawn. But there is this similarity: at some point God separates the chaff from the wheat in His Church. Most of the churches in Germany were either silent or supportive of Hitler after he announced “The Muzzle Decree” which made criticism of the Reich a crime.

But Martin Niemöller, who would spend time in a concentration camp for his boldness, preached these words to his congregation:

We have all of us — the whole church and the whole community — we’ve been thrown into the Tempter’s sieve, and he is shaking and the wind is blowing, and it must now become manifest whether we are wheat or chaff!…[we] must see that the calm of meditative Christianity is at an end. …

It is now springtime for the hopeful and expectant Christian Church — it is testing time, and God is giving Satan a free hand, so he may shake us up so that it may be seen what manner of men we are!

Satan swings his sieve and Christianity is thrown hither and thither; and he who is not ready to suffer, he who called himself a Christian only because he thereby hoped to gain something good for his race and his nations is blown away like chaff by the wind of time.

If the World Hates You

It has been aptly stated that “a Christianity without courage is cultural atheism.” Let us resolve as a church that silence is not an option. Jesus commanded us to rejoice when others speak evil of us, and be prepared for what we are facing when He said, “If the world hates you, know that it has hated me before it hated you. In the world you will have tribulation. But take heart; I have overcome the world” (John 15:18; 16:33).

I think I hear Him saying to us what He said to the church in Sardis:

“Wake up and strengthen what remains.”

Erwin W. Lutzer is Pastor Emeritus of The Moody Church where he served as the Senior Pastor for 36 years. A clear expositor of the Bible, he is the featured speaker on three radio programs: Running to Win, Moody Church Hour and Songs in the Night, and an award-winning author of numerous books.