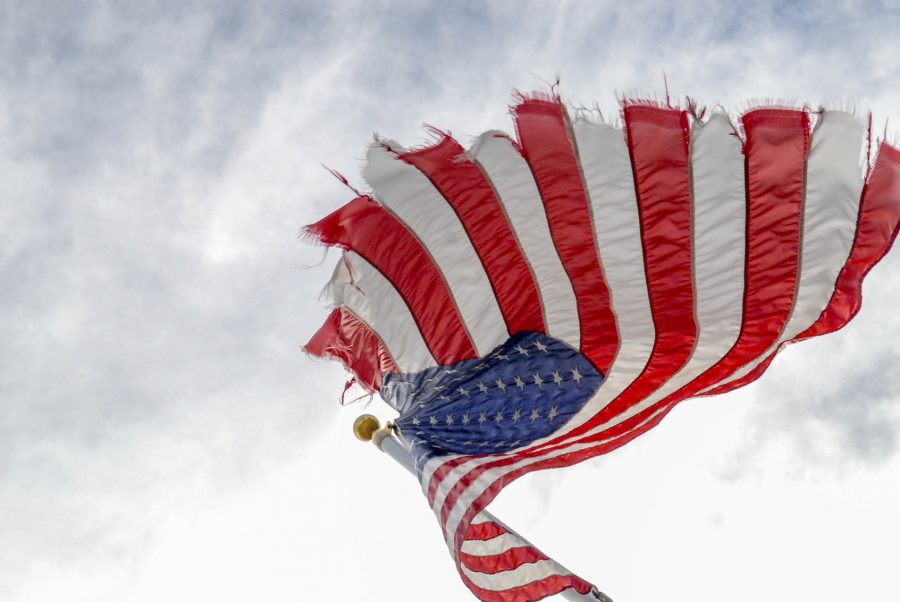 Hampshire College in Massachusetts has announced that it will no longer fly the U.S. flag at all in response to an incident where the flag was taken down and burned. The president of the college says that by getting rid of the flag the school will be able to focus on other issues like halting Islamophobia and promoting gay rights.

The mess for Hampshire College started a week and a half ago, after Donald Trump’s victory in the U.S. presidential election. The school responded to Trump’s victory by keeping the U.S. flag at half-staff, as if in mourning, which upset some community members. Then, on the night before Veterans Day, somebody took the flag down and set it on fire. While the motive isn’t known, there have been many examples of students burning U.S. flags to protest Trump’s electoral victory.

While the flag was replaced in time for a Veterans Day commemoration, Hampshire College president Jonathan Lash has announced the school won’t be flying the flag at all anymore.

“We will not fly the U.S. flag or any other flags at Hampshire for the time being,” Lash said in a campus-wide email, according to Campus Reform.

While acknowledging that getting rid of the flag may be “especially painful” for military veterans and their family members, Lash said he hoped doing so would “enable us to instead focus our efforts on addressing racist, misogynistic, Islamophobic, anti-immigrant, anti-Semitic, and anti-LGBTQ rhetoric and behaviors.”

The decision to dump the flag acquiesces to the demands of some campus activists.

“Think about the groups who use the flag, from police officers to the U.S. Army,” student Daniel Vogel told the Amherst Bulletin. “These are the forces on the ground that make oppression happen.”

Vogel said the school’s decision to fly the flag at half-staff was an unwelcome compromise and that only getting rid of the flag entirely was acceptable.

The U.S. flag has been a recurring source of dispute in Amherst, the town where Hampshire is located. Local lawmakers and citizens have repeatedly battledover whether the town should commemorate the 9/11 terrorist attacks by flying commemorative flags at the center of town.